With retail sales down and tourist numbers plunging, Hong Kong’s economy appears headed for its first annual contraction since 2009

Seven months of unrest have taken a heavy toll on many Hong Kong businesses, but pro-democracy protesters are now seeking to reward shops and restaurants that support their cause by building a "yellow" economy.

In contrast, “blue” pro-government and pro-China businesses are frequent targets for vandalism or boycotts.

At Fu Kee Noodles in Wan Chai, diners slurp wonton under the watchful gaze of a gas mask-wearing Pepe the Frog, which has become a mascot of the pro-democracy movement.

“This is a yellow shop, the boss supports the protesters, so we decided to come,” said a 47-year-old advertising employee calling himself Gilbert.

“The most important thing in Hong Kong now is that we need to help each other, especially when the government does not help us.”

Posters and post-it notes with pro-democracy messages cover the wall by the cashier.

Owner Kwong Chun-hin, 30, told AFP he hopes the yellow-blue tagging will become a trend “because this is good for us. I mean not just my shop, I mean all shops”. 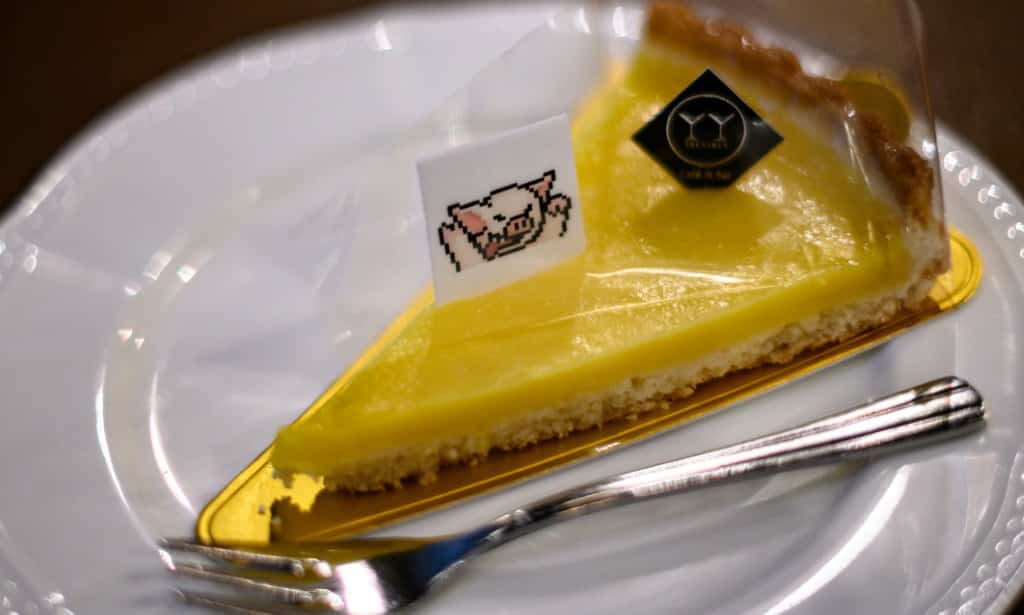 Some businesses openly advertise their sympathies, undeterred by the possible loss of revenues. Apps and websites advise users on which way shops and restaurants sway.

“I don’t know the exact definition of the yellow economy. I am just doing what I can to support Hong Kong people,” Suen told AFP.

In Hung Hom, site of some of the most violent clashes of the movement in November when students barricaded themselves inside a university, diners queuing outside Lung Mun Cafe expressed a similar sentiment.

“We want to support this restaurant because it supports the whole movement… supports democracy,” said a 26-year-old man named Justin.

Eateries, shops and other properties branded “blue”, meanwhile, have been attacked by black-clad vandals wielding petrol bombs. Many Chinese bank branches are boarded up or protected by metal shutters after their windows were smashed.

Dozens of restaurants belonging to local catering giant Maxim’s were ransacked after the daughter of the group’s founder labeled protesters “rioters” and said she had given up on Hong Kong’s young.

Starbucks, which in Hong Kong is operated by Maxim’s, has seen its shops trashed.

With retail sales down and tourist numbers plunging, the economy appears headed for its first annual contraction since 2009. 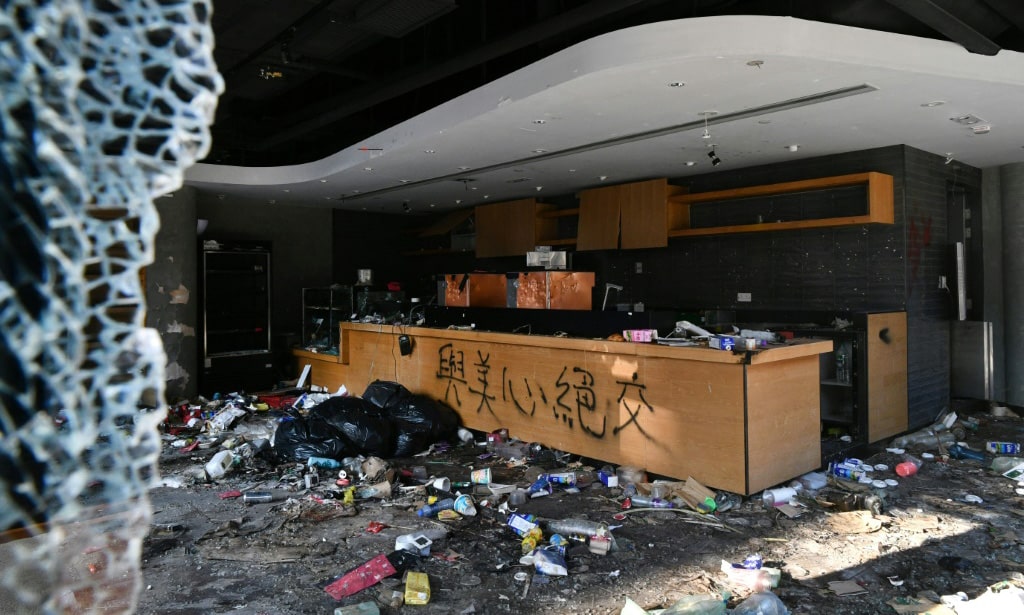 Starbucks, which in Hong Kong is operated by Maxim’s, has seen its shops trashed

The government has blamed the protests but the US-China trade war has also had an impact.

Despite growing polarisation, divisions between yellow and blue are not always so clear-cut.

The founders of HKongs Mall, an online shopping platform launched after the protests erupted, say they are trying to ease the city’s reliance on goods from mainland China.

The site has seen orders rise more than 20-fold since its October debut and now employs 15 protesters.

But it still has to buy from “blue” suppliers, who remain a majority in the market, conceded a volunteer e-commerce manager at the firm who requested anonymity. 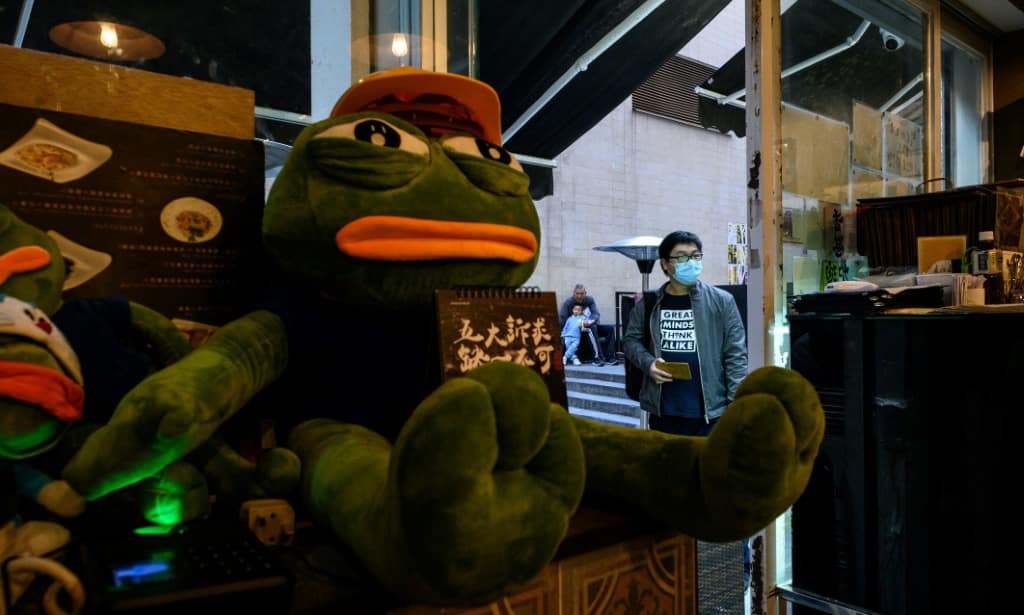 Diners slurp wonton under the watchful gaze  of a gas mask-wearing Pepe the Frog, which has become a mascot of the pro-democracy movement

“Our first step is to provide choices for people. If the consumers agree with your ideology then they will buy goods from you,” she told AFP.

“If we don’t have to rely on Chinese merchants and their capital, then we will be successful.”

But analysts say the protest movement is unlikely to reshape the city’s economic landscape.

“The economic pillars of Hong Kong — finance, logistics and real estate — are controlled by one or a few companies, which means it’s largely impossible for consumers to rock the boat,” said Andrew Yuen Chi-lok of the Chinese University of Hong Kong’s business school.

However, Jacky Fung, a researcher at the Hong Kong Policy Research Institute, said “yellow” shoppers are adding fresh impetus to the protests and challenging the idea that civil rights activism always incurs economic consequences from Beijing.

“In a general downturn, such consumption, particularly consumption driven by a strong belief in human rights, can be very powerful,” Fung said.

PICTURES BY PHILIP FONG/afp
by Xinqi SU and Ayaka MCGILL