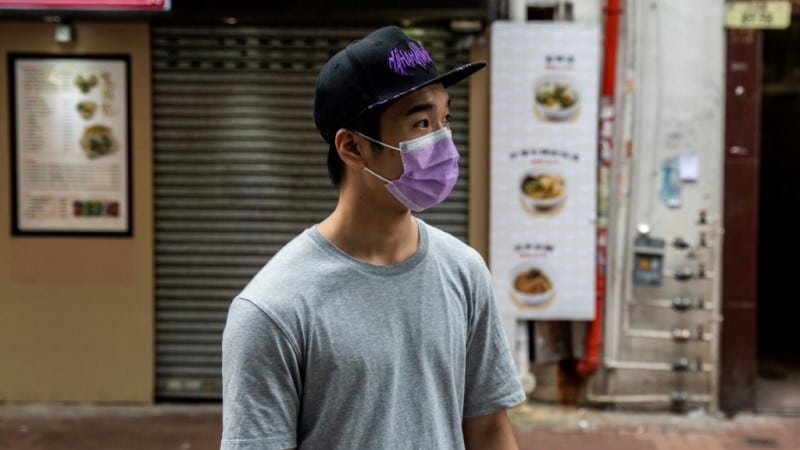 A warrant was issued Tuesday after a court no-show for a Hong Kong student who was shot by police during last year’s democracy protests, as an activist group claimed he had gone “into exile”.

Tsang Chi-kin, 19, had been due to appear in court to plead to charges of rioting and assaulting police officers but failed to show up.

He was the first person to be shot with a live round during the more than seven months of huge and often-violent democracy demonstrations that convulsed Hong Kong.

Footage streamed on social media showed a policeman firing his revolver at close range as Tsang and a group of masked activists attacked officers with poles during protests that erupted across the city on China’s National Day.

The shooting further fueled already high public anger over the level of violence used by the police to quell rallies, something the force has maintained was proportionate to the threat they faced.

In court on Tuesday, prosecutors revealed Tsang had stopped reporting for bail in late October and has yet to be located.

The judge then issued an arrest warrant.

Shortly afterwards, activist group Friends of Hong Kong (FOHK) published a statement saying Tsang was among four people who tried and failed to claim asylum at the US Consulate in Hong Kong on October 27.

“(Tsang), along with his group who is still free, is now formally declaring that they are in exile,” the statement read.

FOHK did not make clear whether Tsang had managed to escape overseas like some activists have done.

He had to surrender his passport as part of his bail conditions.

Tsang did not return messages on Tuesday.

AFP interviewed Tsang in October as he prepared for his trial. He had previously indicated to the court that he intended to plead guilty.

He described joining the democracy movement that saw millions hit the streets, devolving into increasingly violent clashes with police.

Being shot “completely changed my life”, he had said, adding that he dropped out of school and had some of his lung removed.

Ongoing legal proceedings limit what can be reported about Tsang’s actions on the day he was shot.

Several prominent Hong Kong activists and former lawmakers have announced that they have gone into self-imposed exile recently, some fleeing criminal charges linked to their protesting.

A national security unit arrested 19-year-old activist Tony Chung just outside the US consulate the same day Tsang’s group failed to seek asylum there. Local reports at the time said they were turned away.

With the very rare exception, the US does not allow its consulates or embassies to be places where people can claim asylum or seek shelter.

Another group of Hong Kongers who were facing charges and tried to flee to Taiwan by speedboat were captured by the Chinese coast guard and are now being prosecuted in the mainland’s opaque legal system.