The shipment seized in Hong Kong originated in Mexico

Hong Kong customs announced its largest seizure of methamphetamine in a decade on Tuesday, 110 kilograms of ice worth some HK$77 million ($10 million) that originated in Mexico.

The seizure points towards the growing presence of meth made by Mexican cartels in Asia, a region where the local “Golden Triangle” gangs traditionally dominate production.

Customs officials said the contraband was discovered in an air cargo shipment that originated in Mexico and came via Alaska.

Following a tip-off from overseas law enforcement, they X-rayed the shipment which was listed as being filled with cheap plastic sequins from Mexico, something officers said made little sense because such beads could easily be bought locally.

Inside they found 120 plastic lunch boxes filled with high grade methamphetamine and packets of fabric softener used to mask the smell.

“This is the largest meth trafficking case Hong Kong Customs has detected in the past 10 years,” Commander Philip Chan, from the customs department’s drug bureau, told reporters.

Chan said some of the ice may have been intended for local consumption but the majority was likely headed to further destinations overseas. 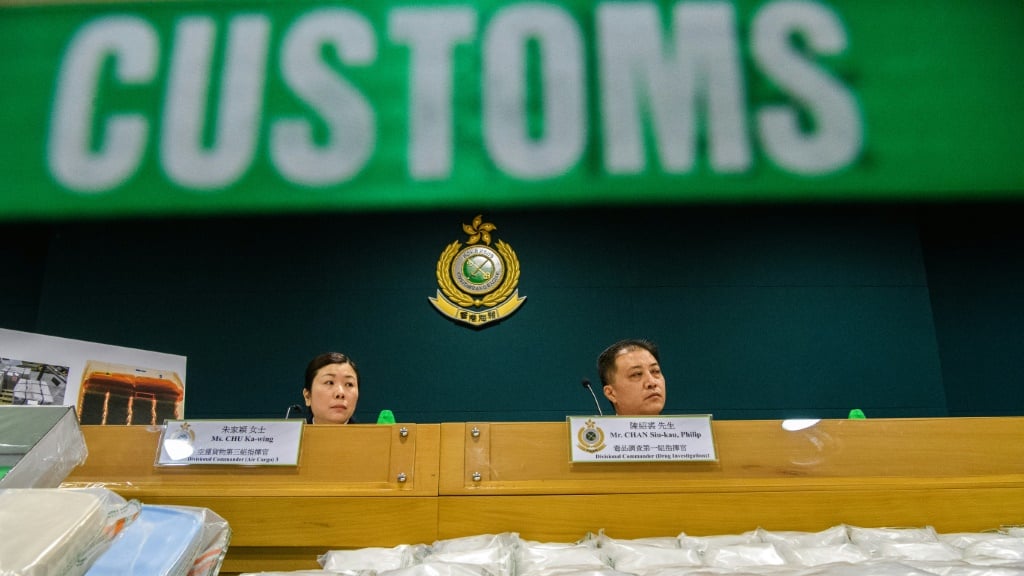 Most of Asia’s meth comes from “Golden Triangle” border areas between Laos, Myanmar, Thailand and southwest China which are now pumping unprecedented quantities of synthetic drugs into the global markets.

A study by the United Nations Office on Drugs and Crime says that Southeast Asia’s crime groups are netting more than $60 billion a year.

One of the most successful regional cartels is “Sam Gor”, a crime syndicate officials say is led by a Chinese-born Canadian citizen named Tse Chi Lop.

But product from Mexico — which traditionally caters to the North American market — is increasingly showing up across the region.

“Mexico in recent years has become a popular manufacturing place because of its geographical advantage,” Chan told AFP, with cartels shipping both north and increasingly across the Pacific.

He added his officers would reach out to law enforcement agencies overseas as part of the investigation. No arrests have so far been made over the seized shipment.