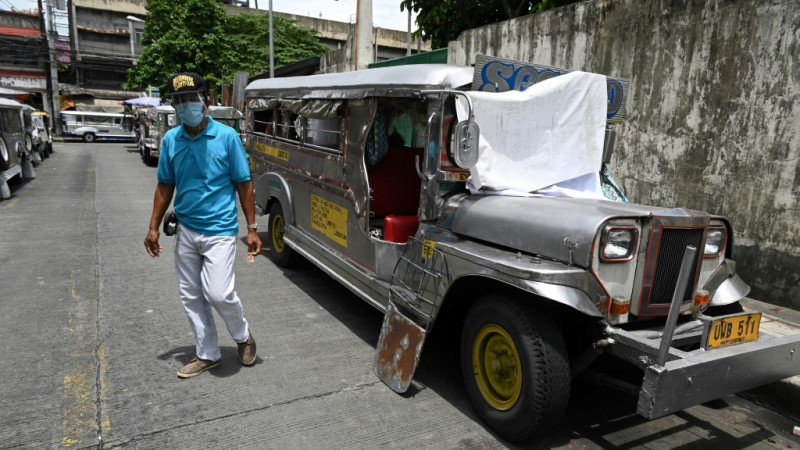 Forced off the road by coronavirus lockdowns, Philippine “jeepney” driver Daniel Flores now plies the streets of Manila on foot begging for money to feed his hungry family.

The 23-year-old has not picked up a passenger since March when public transport was halted and people ordered to stay home as President Rodrigo Duterte‘s government tried to slow the fast-spreading contagion.

Jeepneys — first made from leftover US jeeps after World War II — are a national symbol in the Philippines, and serve as the backbone of the country’s transport system, providing rides for millions of people across the country for as little as nine pesos ($0.18).

But drivers like Flores, and millions of others, are out of work after the months-long restrictions crippled the economy, plunging it into recession. 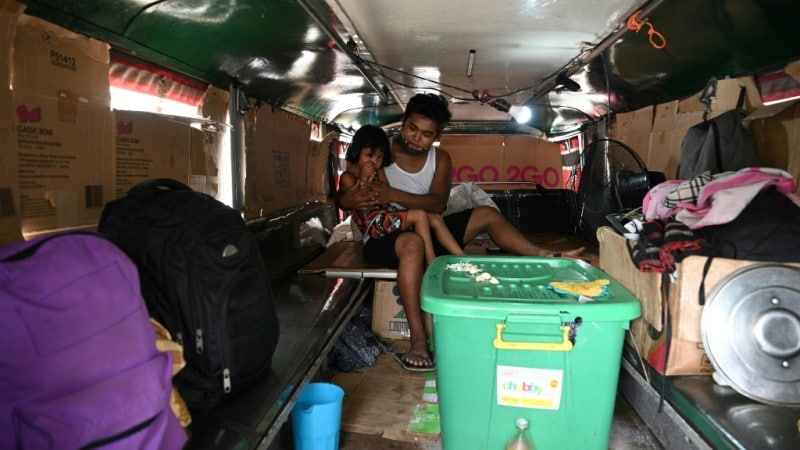 Jeepney driver Daniel Flores attends to one of his children inside their vehicle, which has become a temporary shelter

With no income and debts piling up, Flores started living in the jeepney with his wife, two of his children and a fellow driver after they were evicted from their apartment because they could no longer pay the rent.

Instead of sitting behind the wheel, Flores has spent many days begging for alms just to get by.

Other drivers carry plastic containers and cardboard signs around their necks to catch the attention and sympathy of passing motorists.

“We have absolutely nothing left to spend,” Flores told AFP as he sat inside his jeepney, parked in a street and crammed with cooking pots, clothes and other humble possessions.

A sign asking for help from passers-by sits on top of the vehicle, which his empathetic boss has loaned him.

Flattened cardboard boxes cover the side windows and rear entrance to give the family some privacy — and a feeling of protection from the virus they fear is lurking outside.

As the number of confirmed infections in the Philippines surges past 157,000 — the highest in Southeast Asia — and Manila endures another lockdown, Flores has no idea when he will be allowed to drive again.

He occasionally picks up odd jobs selling scrap metal, painting or welding. But it is not enough to feed his family.

“Often we will eat just once a day. Sometimes, if no one helps us, we don’t eat at all,” Flores said.

So dire is their predicament the couple sent their seven-month-old baby to live with relatives outside Manila to ease pressure on themselves and ensure the child gets enough food. 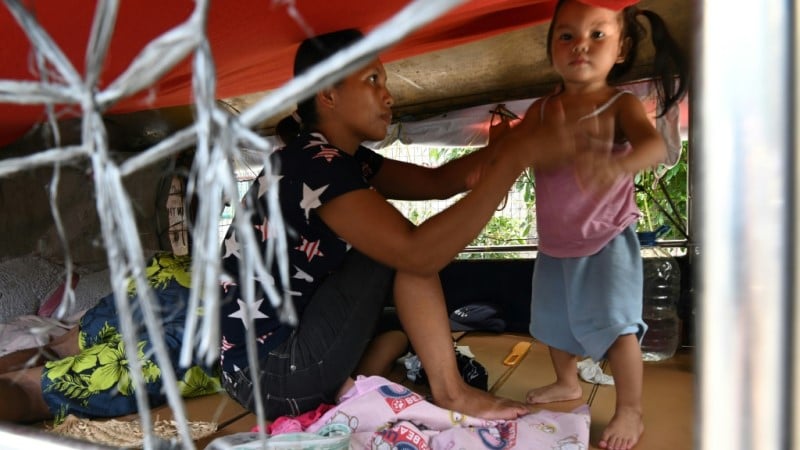 Sesinando Bondoc, 73, started driving a jeepney when he was 28 and at his age finding another job seems impossible.

Standing on the side of a busy road in sweltering heat with other drivers asking for money, Bondoc says the desire to eat overrides his fear of the virus or speeding cars.

“One time we were almost hit by a car but we don’t really have a choice. We have to leave our homes and take our chances in the streets just to have something in our growling stomachs,” Bondoc said, his voice cracking as he fought back tears.

Drivers have received some money and food handouts from the government. But it does not make up for their lost income.

In June, six jeepney drivers were arrested by police for allegedly violating a ban on mass gatherings and rules on social distancing after they protested over the loss of their livelihoods. They were later released on bail. 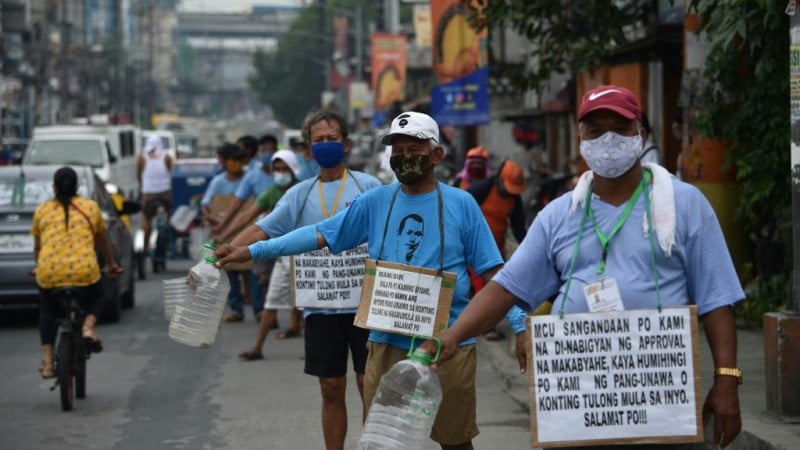 Even when the initial lockdown restrictions in Manila were eased in June only a fraction of the city’s roughly 55,000 jeepneys were allowed to operate under strict rules.

Drivers had to make their vehicles virus-safe by installing plastic seat dividers and reducing capacity to comply with social-distancing regulations.

Those used to pocketing as much as 1,500 pesos a day had to settle for much smaller takings.

Then a new lockdown imposed nearly two weeks ago in Manila and four surrounding provinces — home to a quarter of the country’s population — forced those lucky few off the road.

Some are worried they may never drive again as the government phases out smoke-belching jeepneys that are 15 years or older.

The program to modernize the vehicles was due to finish this year. The government has not announced if the deadline will be extended.

Renato Gandas, 57, who has been a driver for 30 years, said the owner of his vehicle had already sold a jeepney due to the phasing-out program and the lockdowns.

With his livelihood at risk, Gandas is losing hope.

“We might just beg for alms for the rest of our lives,” he said.