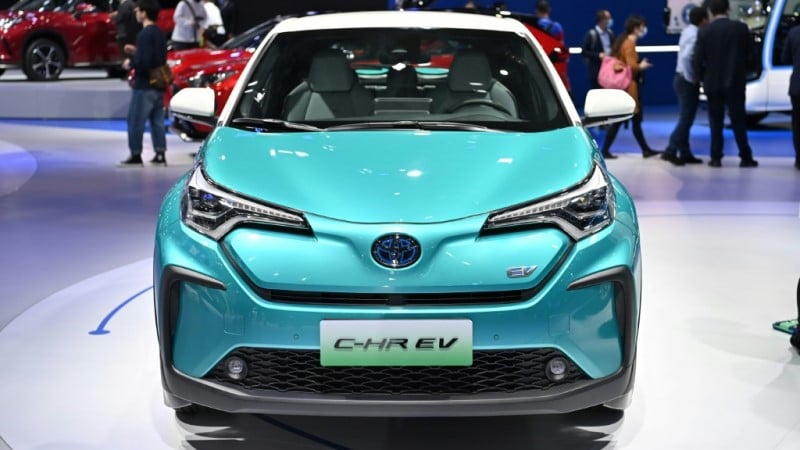 Toyota showed off at the Shanghai motor show a number of electric vehicles for the Chinese market, currently the only country where it offers electric versions of its popular models

Toyota, which pioneered hybrid cars, unveiled Monday plans for its first global line-up of battery electric vehicles as other carmakers have pulled ahead in electrification.

The Japanese automaker announced at the Shanghai motor show its future bZ line, or Beyond Zero, which should see seven models hitting showroom floors by 2025.

The announcement at the Shanghai motor show was appropriate as China is the only market where Toyota sells electric versions of a number of its cars. 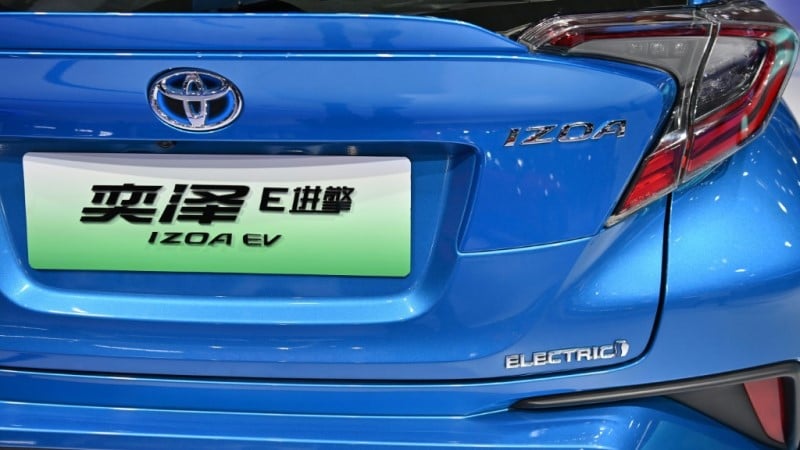 The first bZ model, an SUV whose characteristics and price were not disclosed, should reach consumers in just over a year.

The annoucement comes just a month after Volkswagen, which took back the title of the top carmaker by sales volume last year from Toyota, unveiled a massive 46 billion-euro ($55 billion) investment plan to become the top maker of electric vehicles by 2025.

All of the major automakers such as Stellantis (Peugeot, Fiat, Chrysler), Renault-Nissan, GM, Ford, Hyundai-Kia and China’s Geely (Volvo) have announced in recent years plans to move towards electric vehicles.

All except for Toyota, whose line-up is dominated by hybrids, from the sub-compact Yaris to the big 4×4 Highlander.

The automaker has only a handful of battery electric vehicles on sale outside of China, including the ProAce small van and the ultra-compact C+pod.

That is hangover from the poor welcome an electric version of its Rav4 SUV received in the United States in 1997 owing to its limited range and a lack of recharging stations.

Meanwhile, Toyota’s new hybrid Prius which launched at the same time and didn’t have range limitations, was a commercial success. 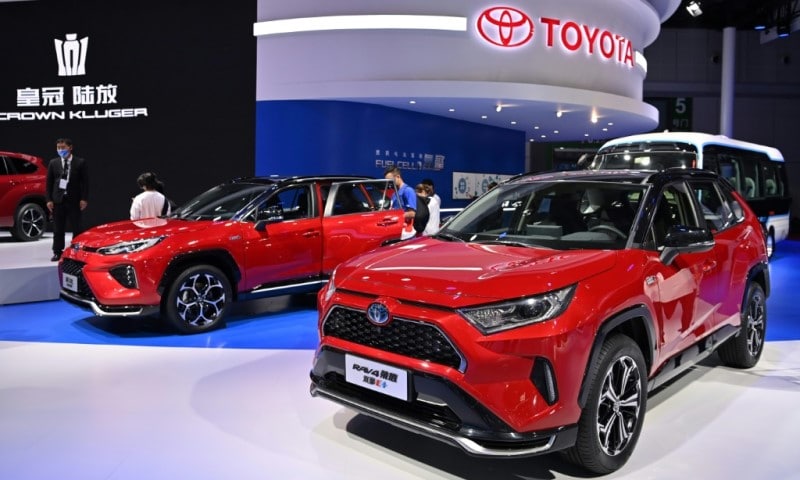 Hybrids, including plug-in versions, are still expected to make up 80 percent of Toyota’s sales in 2025

“At Toyota we always looks at the needs of our customers,” Maeda said.

“It is necessary for people to be able to use our products in every environment,” he added.

But with progress in battery technology that has expanded the range of vehicles, the construction of more charging stations and public subsidies, sales of electric vehicles has increased.

They reached 15.1 percent of total car sales in Europe in the final three months of 2020.

Toyota now believes that it can no longer do without a complete range of vehicles that includes hybrids, battery electric and hydrogen fuel cell vehicles.

The carmaker is now aiming for a target of 10 percent of its sales from either BEVs or hydrogen vehicles by 2025.

It expects 70 percent of its sales to be standard hybrids that year, 10 percent plug-in hybrids, and just 10 percent with internal combustion engines, said Matt Harrison, head of Toyota Motor Europe.

The high level of hybrids and electrics in its vehicle mix should allow Toyota to beat European pollution norms, which would allow it to sell some emissions allocations, according to Harrison.

“To make real progress on CO2 emissions, nobody should be left behind on the journey to carbon neutrality,” he said.

Toyota will concentrate its electric sales efforts on countries where consumers were more likely to switch thanks to available infrastructure, incentives and available income.

The bZ vehicles will first be manufactured in Japan and China, but they could possibly be built in Toyota’s European factories as well, Harrison noted.