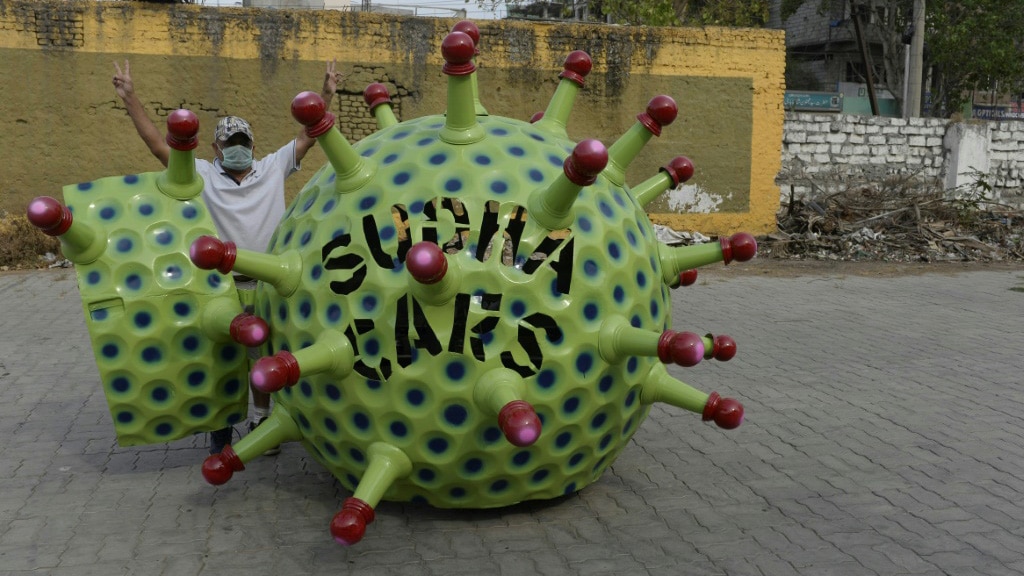 A giant coronavirus is stalking the streets of southern India — propelled by a 100 cc engine and an inventor trying to drive home the message that Indians should stay indoors as the pandemic sweeps across the world.

Sudhakar Yadav’s wacky small single-seater car — made of fluorescent-green fiber and complete with the red crown-like spikes of the virus — has been racking up the miles in the tech hub of Hyderabad to remind fellow citizens of the dangers of COVID-19.

“People are not scared and are still… on the streets despite the clear danger,” the 67-year-old Yadav, who runs a printing business, told AFP.

“My message through the car art is to make them understand that it is dangerous to be out on the streets and the safest place right now is the home.” 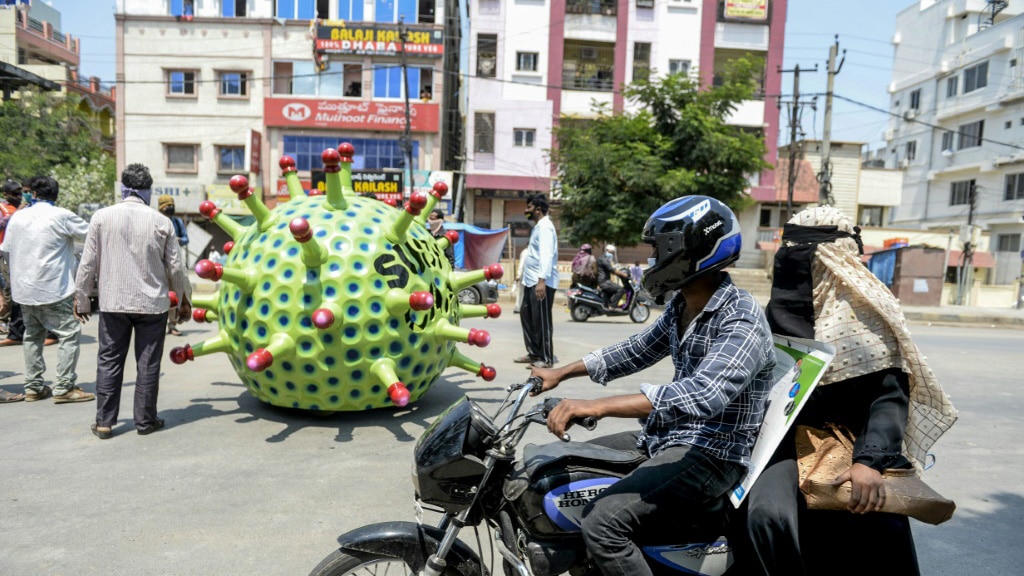 Yadav says he was inspired by virus-shaped helmets worn by police elsewhere in India as they try to inject some light-heartedness into their enforcement of a crippling 21-day national lockdown.

In the tech-hub of Bangalore, officers wearing red and green coronavirus helmets danced around drivers ignoring quarantine, while their colleagues blew horns and banged gongs to simulate a virus attack.

In the southern city of Chennai, police inspector Rajesh Babu joined with a local artist to design a helmet with red spikes and bulbs to shock drivers there. 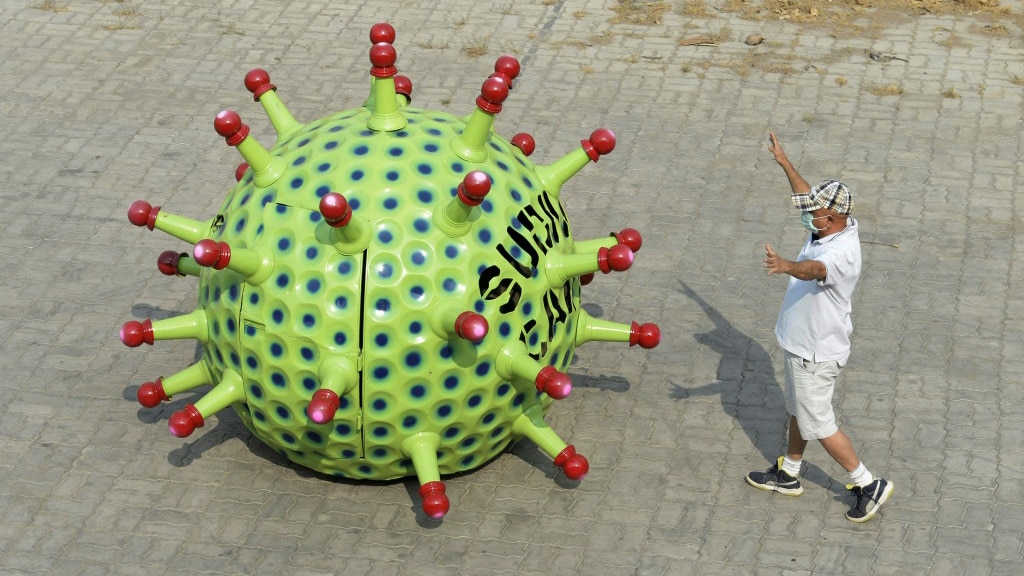 Yadav said police had been ‘supportive’ of his mission

Yadav the inventor — who holds a Guinness World Record for designing the world’s largest tricycle — said the Hyderabad police had been “supportive” of his journey.

“They want the car to be showcased to create awareness,” he told AFP, adding he planned to donate the vehicle to local authorities to maximize its use during the lockdown.

Yadav has been designing quirky art pieces for almost five decades, including cars shaped as a burger, cricket ball and a computer.

He also took motorbike engines, encased them in cigarette and condom-shaped fiber frames and drove them around Hyderabad to raise awareness about cancer and safe sex.