Indian Tigers Came Out to Play Under Shutdown 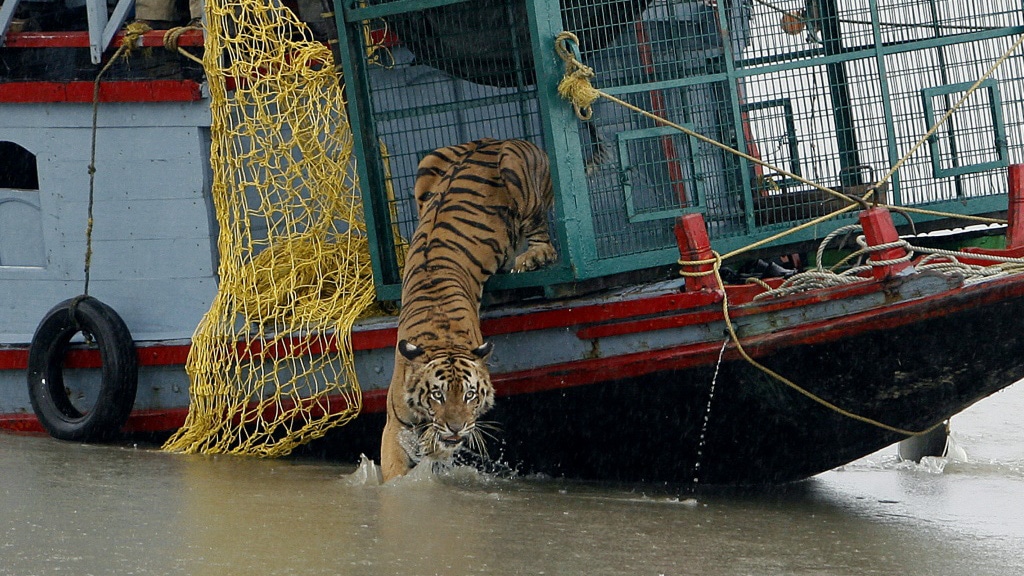 With the humans of West Bengal under virus lockdown, tigers in the Sundarbans mangrove forest in the eastern Indian state are coming out to play, with park rangers Thursday reporting a jump in sightings of the big cats.

The Sundarbans, straddling West Bengal and neighboring Bangladesh, is the world’s biggest mangrove forest and home to the majestic and endangered Royal Bengal tiger.

“Sighting of tigers has gone up… after the lockdown,” said Sudhir Das, director of the Sundarbans tiger reserve, referring to the nationwide restrictions in place since late March.

In normal times, forest officials catch a glimpse of the big cats no more than twice a week, Das said.

But with the lockdown ending tourist traffic and grounding the noisy motorboats and launches that usually ply the region’s waterways, they are now sighting tigers “up to six times” a week, he added.

The number of the big cats at the UNESCO World Heritage site has also gone up to 96 in the Indian part of the territory, up from 88 in 2018, according to the West Bengal state forest department which unveiled the latest headcount on Wednesday night.

Officials counted as many as 43 female tigers and 11 cubs using over 700 pairs of all-weather night-vision camera traps.

The Sundarbans is spread over 10,000 square kilometers (around 4,000 square miles) and derives its name from Sundari trees found abundantly in the region.

The government credited the increase in numbers to a strict ban on hunting and awareness drives in villages.

Despite the uptick, the increasing number of human-tiger conflicts due to shrinking habitats remains an area of concern for conservationists.