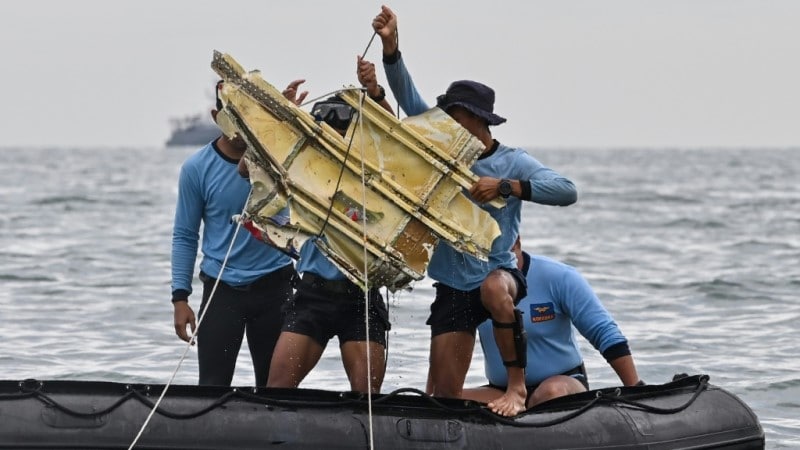 A piece of wreckage is pulled from the sea

Body parts, twisted wreckage and clothing were plucked from waters off the Indonesian capital Sunday after a passenger jet with 62 people aboard crashed shortly after take-off a day earlier.

Authorities have yet to say why the Sriwijaya Air Boeing 737-500 went into a steep dive about four minutes after it left Soekarno-Hatta international airport on Saturday afternoon.

But, on Sunday, they said that they had pinpointed the location of its black boxes — cockpit voice and flight data recorders — that could be key to explaining why the plane slammed into the Java Sea off the sprawling city’s coast.

“Divers will start looking for them now and hopefully it won’t be long before we get them,” said the head of Indonesia’s transport safety agency, Soerjanto Tjahjono. 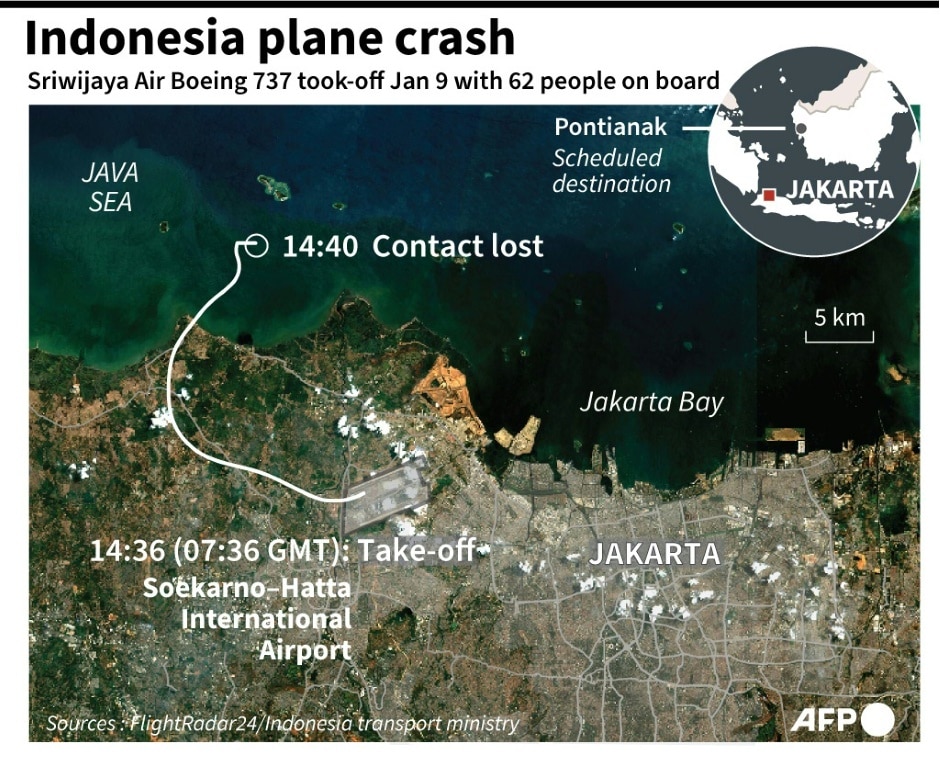 Graphic with satellite image map showing the where a Sriwijaya Air Boeing 737 lost contact January 9, carrying 62 people on board

The search and rescue agency said it had collected body bags filled with human remains, as well as debris from the wreckage, in waters about 23 meters (75 feet) deep.

Passengers Ihsan Adhlan Hakim and his new bride Putri were headed to Pontianak, the city on Indonesia’s section of Borneo island which had been flight SJ182’s destination, about 90 minutes away.

“He called me to say that the flight was delayed due to bad weather,” Hakim’s brother Arwin said from Pontianak, where a wedding celebration had been planned.

“That was the last time I had contact with him.”

Beben Sofian, 59, and her husband Dan Razanah, 58, were also on the doomed flight.

“They took a selfie and sent it to their kids before taking off,” the couple’s nephew, Hendra, told AFP.

DNA from relatives will be compared with discovered remains for identification.

All 62 passengers and crew aboard the half-full flight were Indonesian. The count included 10 children. 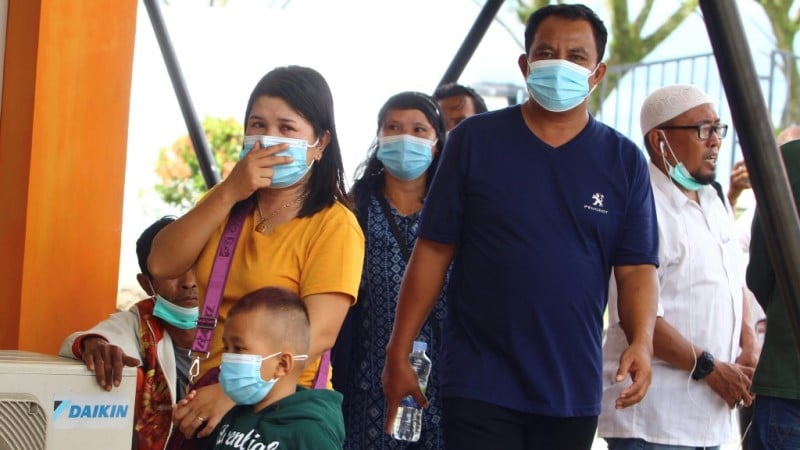 Family members gather at the airport in Pontianak

“I have four family members on the flight — my wife and three children,” said a sobbing Yaman Zai.

“(My wife) sent me a picture of the baby… How could my heart not be torn into pieces?”

Data from FlightRadar24 indicated that the airliner reached an altitude of nearly 11,000 feet (3,350 metres) before dropping suddenly to 250 feet. It then lost contact with air traffic control.

The transport minister said Saturday that the jet appeared to deviate from its intended course just before it disappeared from radar.

“The aircraft’s final moments are… very concerning as the speed that (it) was flying at that altitude was much lower than expected,” said Stephen Wright, professor of aircraft systems at Finland’s Tampere University. 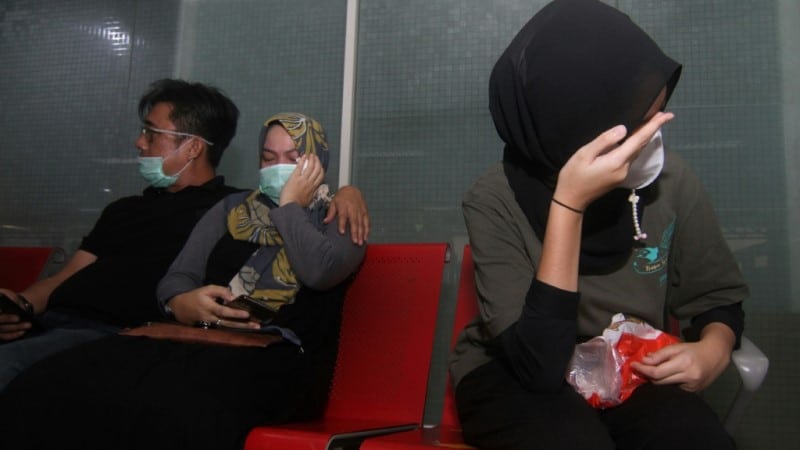 “The last seconds saw the aircraft rapidly descend from 10,000 feet to the sea in a matter of 20 seconds, which implies a catastrophic event or something deliberate.”

But he added that the crash can “only be fully explained once the black boxes and wreckage can be properly analyzed”.

Sriwijaya Air, which operates flights to destinations in Indonesia and Southeast Asia, has said little so far about the 26-year-old plane, which was previously flown by US-based Continental Airlines and United Airlines.

The Indonesian carrier has not recorded a fatal crash since it started operations in 2003, but this accident is the latest in a string of disasters for the country’s aviation sector.

The Southeast Asia nation’s aviation sector has long been marred by safety concerns, and its airlines were once banned from entering US and European airspace. 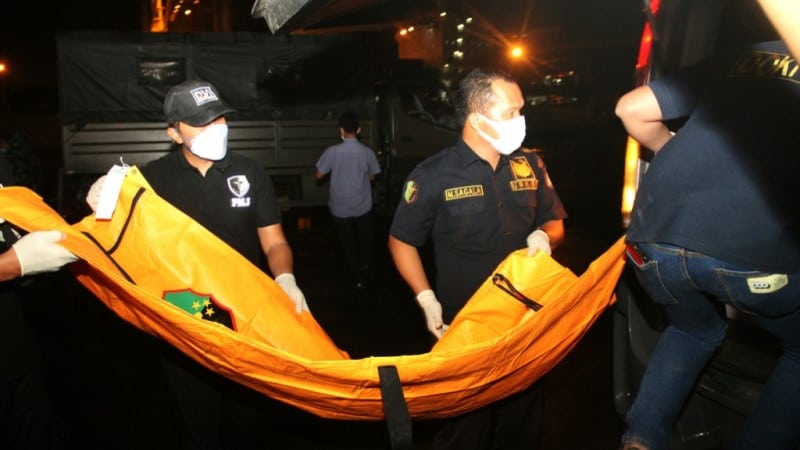 Hundreds of personnel from search and rescue, the navy, the police and transport ministry have been deployed with 10 warships taking part in the search effort

That accident — and another in Ethiopia — saw Boeing hit with $2.5 billion in fines over claims it defrauded regulators overseeing the 737 MAX model, which was grounded worldwide following the accidents.

The 737 that went down Saturday was not a MAX variant.

“Our thoughts are with the crew, passengers, and their families,” Boeing said in a statement.

In 2014, an AirAsia plane headed from Surabaya to Singapore crashed with the loss of 162 lives.

A year later more than 140 people, including scores on the ground, were killed when a military plane crashed shortly after take-off in Medan on Sumatra island.