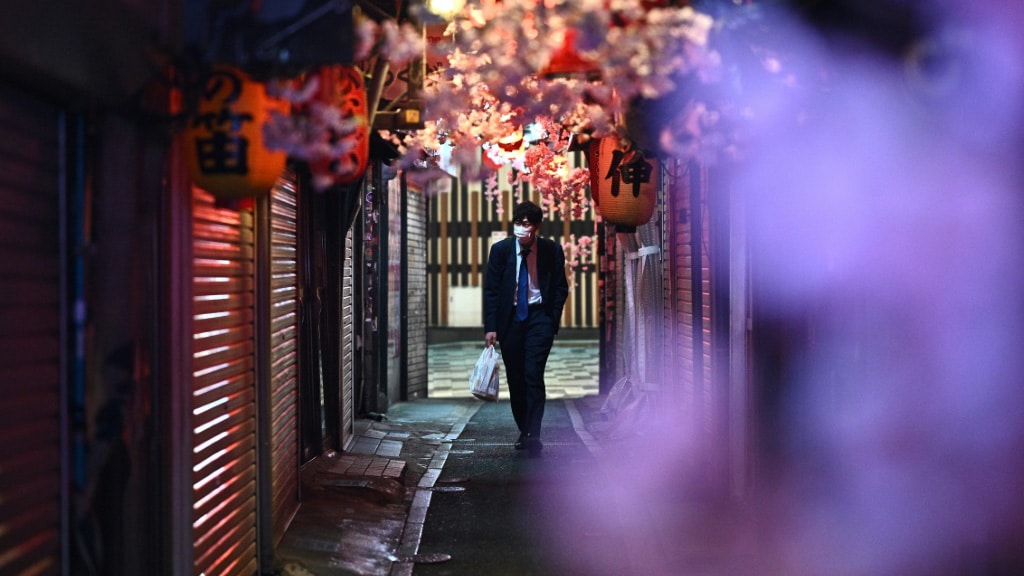 Worried about a “coronavirus divorce”? An enterprising Japanese short-term rental firm is marketing its empty apartments as a way for stressed couples to get some time apart during the virus lockdown.

“Please consult with us before thinking about ‘coronavirus divorce’,” the Tokyo-based Kasoku urges customers, offering its Airbnb-like fully-furnished units as “temporary shelters” for people to escape the family, whether to work or just get some peace and quiet.

Japan’s government has declared a state of emergency in seven regions over the virus outbreak. While the measures do not include prohibitions on going out, people have been asked to avoid unneccessary outings, schools are closed and many people are working from home.

For those finding that arrangement onerous, Kasoku is offering apartments priced at 4,400 yen ($40) a day.

Spokesman Kosuke Amano told AFP the company has had 20 customers since it began the campaign on April 3. The service also comes with the offer of a free 30-minute divorce consultation with a legal official.

“Among the users of this service are a wife who said she fled after having a big fight with her husband, and a woman who said she wants time to herself as she is tired of taking care of her children who are at home all day because of school closures, while her husband works remotely at home,” Amano said.

“We don’t have solid data showing divorce is on the rise, but media reports that divorce rates are rising in China and in Russia after lockdowns there led us to come up with this service,” he added.

While the firm is marketing the apartments in a tongue-in-cheek fashion, the service has also attracted users facing serious problems, including a woman fleeing domestic violence.

The company has about 500 units around the country, mainly in central Tokyo, and a fall in tourism means many are empty, though demand for remote offices for telework is helping offset the impact.

The firm’s campaign comes as the hashtag “corona-divorce” has trended on Japanese Twitter. Public broadcaster NHK is devoting part of its breakfast show to tips on avoiding potentially marriage-ending frustrations while stuck inside often cramped Japanese apartments.

Despite its highly-educated female population, Japan ranked 121 out of 153 countries in the World Economic Forum’s 2020 gender gap index, primarily because of its poor showing in political representation.

Traditional gender roles are deeply rooted in Japanese society and women are often still expected to take primary responsibility for childcare and domestic chores, even while holding down professional employment.