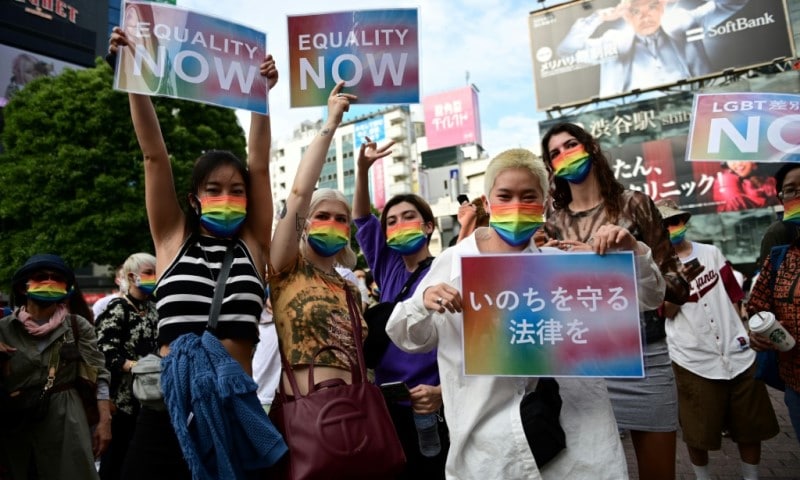 Activists staged a colorful protest in Tokyo on Sunday, calling on the Japanese parliament to approve an anti-discrimination bill protecting the rights of the country’s LGBT community.

Led by drag queens and DJs blaring upbeat music, dozens of campaigners and supporters of the legislation wore rainbow-colored masks and danced in front of the Japanese capital’s famous Shibuya crossing.

The proposed law, which has been under discussion for years, appeared to gain traction after a group of lawyers began working on it in 2015.

But some members of the ruling conservative Liberal Democratic Party rejected the bill last month, with a lawmaker reportedly saying that same-sex relationships threaten “the preservation of the species”. 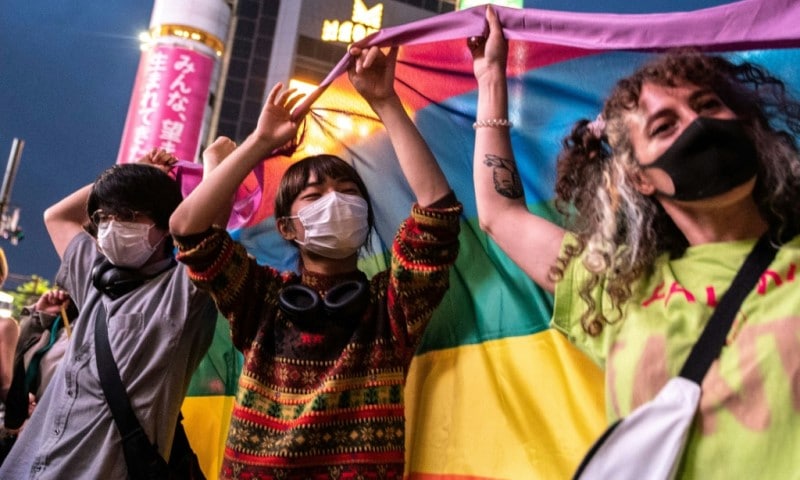 “I was really disappointed,” a 20-year-old drag queen who gave her name as Okuni told AFP.

“I thought people who still think of us that way are controlling politics,” she said.

Activists urged supporters to demand action from lawmakers to put the legislation back on their agenda.

“I thought we have to work harder (for equality), that is why we are here today. This means a lot, I think,” Okuni said.

Rights activists have accused conservative politicians of violating the Olympic spirit as Tokyo prepares to host the Games this summer in the midst of the coronavirus pandemic.