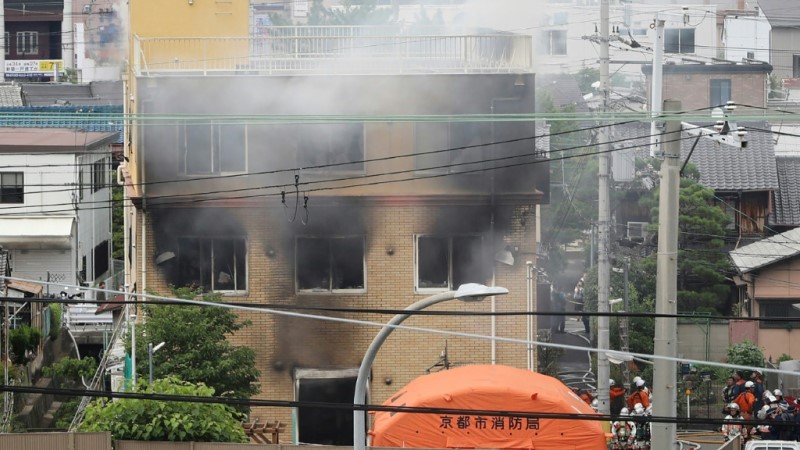 Japanese prosecutors on Wednesday charged a man with murder over the 2019 arson attack on Kyoto Animation that killed 36 people, the country’s deadliest violent crime in decades.

Shinji Aoba, 42, was detained in the aftermath of the July attack, but has been under constant medical supervision since then after sustaining severe burns in the incident.

The charges include murder, attempted murder, arson, trespass and breach of the arms-control law, the Kyoto prosecutor’s office said, without giving further details.

More than 30 people were also injured in the attack, in which Aoba is accused of breaking into the studio’s building, spreading gasoline around the ground floor and setting it alight. 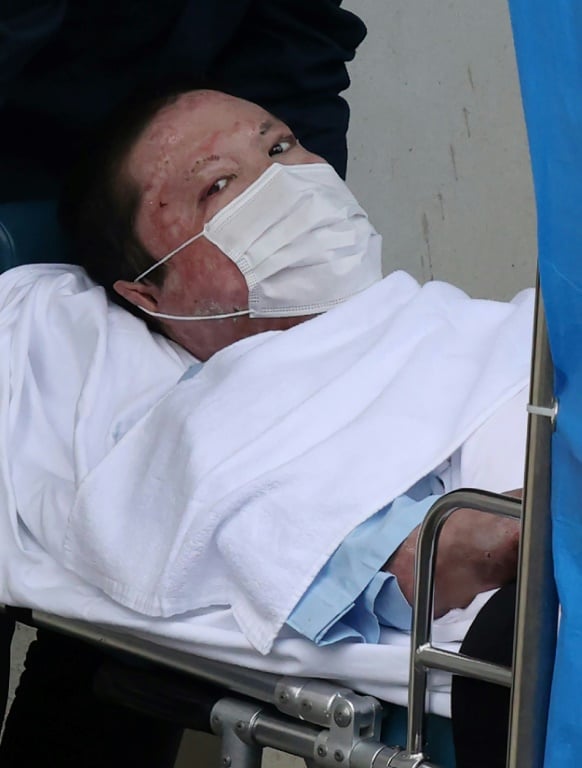 Shinji Aoba, pictured here in May, nearly died of the injuries he sustained in the attack, said a doctor who treated him

Aoba has reportedly confessed to the arson, and is said to have shouted “drop dead” before starting the fire. The charges were made after a psychiatric evaluation, local media said.

There have been claims that Aoba accused the studio of stealing his work, which Kyoto Animation has denied doing.

Many of those killed in the blaze were young, including a 21-year-old woman.

Parents of some of those killed said news of the charges did little to ease their pain.

“No matter what (Aoba) says in the court, Yasuhiro won’t come back,” added his father Yasuo Takemoto. “This reality won’t change no matter what ruling is given.”

The attack sent shock waves through the anime industry and its fans in Japan and around the world.

“These are people who carry the Japanese animation industry on their shoulders,” Kyoto Animation’s president Hideaki Hatta told reporters at the time.

Aoba nearly died of the injuries he sustained in the attack, a doctor who treated him told the Kyoto Shimbun newspaper recently.

He required 12 operations to apply skin grafts, the doctor said, and the hospital opted to use Aoba’s own skin rather than a graft bank “to avoid shortages of skin for (his) victims”.

Aoba regained consciousness some weeks after the incident and apparently sobbed with relief after undergoing a procedure that restored his ability to speak.

Kyoto Animation, known by its fans as KyoAni, is well known both domestically and internationally for its role in producing popular TV anime series including “The Melancholy of Haruhi Suzumiya” and “K-ON!”

While many animation studios are based in Tokyo, the firm reportedly felt strongly about remaining in the ancient Japanese city of Kyoto.

Arson is considered a particularly serious offence in Japan, where many buildings are made of wood and extremely fire-prone.

A 2008 arson attack on a video shop in Osaka killed 16 people, and the attacker is now on death row.

Japan is one of the few developed nations to retain the death penalty, with more than 100 people on death row, and support for it remains high.

But many years usually pass between sentencing and execution, which in Japan is always carried out by hanging.