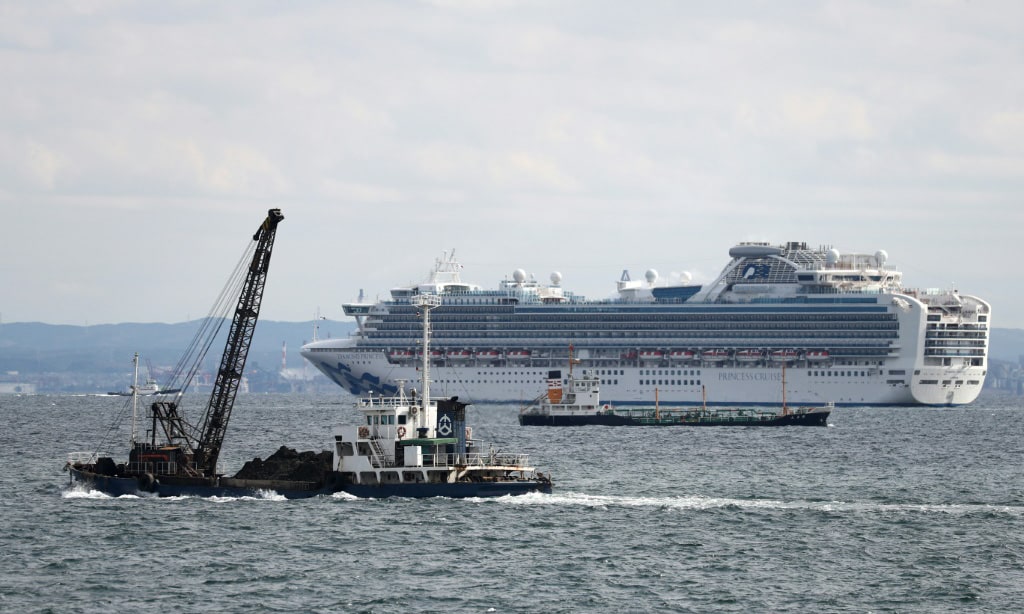 Eight people on the Diamond Princess cruise ship, which arrived at Yokohama Bay, have symptoms such as fever and quarantine officers are checking all 2,666 passengers and 1,045 crew

Japan has quarantined a cruise ship carrying 3,711 people and was testing those onboard for the new coronavirus Tuesday after a former passenger was diagnosed with the illness in Hong Kong.

Eight people on the vessel, which arrived in Yokohama Bay on Monday, have symptoms such as fever, top government spokesman Yoshihide Suga said.

The move comes after an 80-year-old passenger who disembarked on January 25 in Hong Kong tested positive for the virus, which has killed 425 people in China.

The man “did not visit a medical center inside the ship while he was sailing with us”, cruise operator Carnival Japan said in a statement.

“According to the hospital where he is staying, his condition is stable and infection was not found among his family members who sailed with him,” the statement said.
A woman in her twenties on the ship with her mother told private broadcaster TBS on Tuesday that all passengers had been asked to stay in their rooms and wait for tests.

The vessel’s departure from Yokohama would be delayed by at least 24 hours to Wednesday or later, Carnival Japan said. 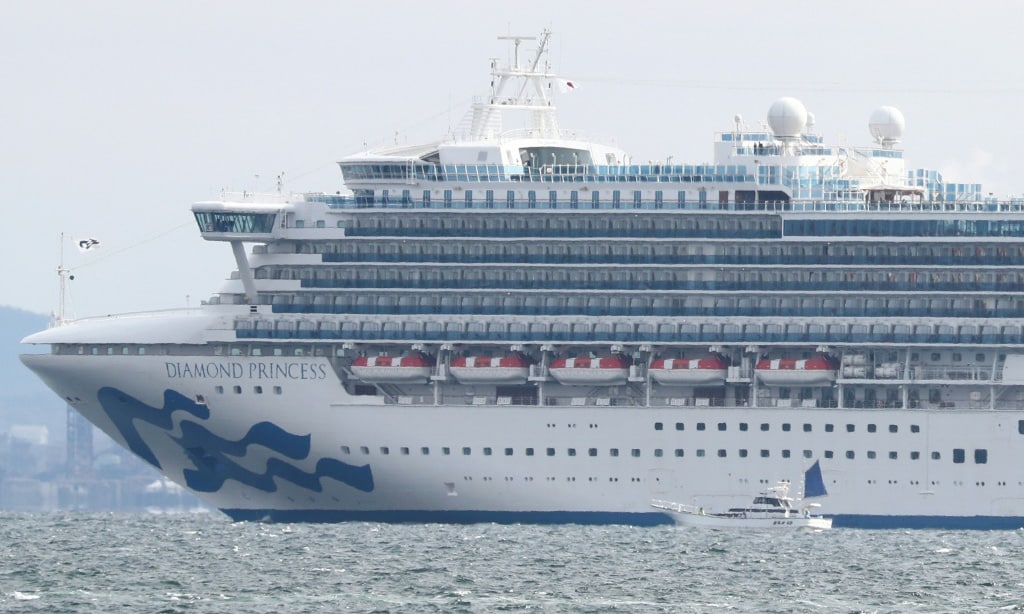 Eight people on the Diamond Princess cruise ship, which arrived at Yokohama Bay, have symptoms such as fever and quarantine officers are checking all 2,666 passengers and 1,045 crew

The cruise ship had already been through a quarantine procedure on Saturday at a port in Naha in Japan’s southernmost prefecture of Okinawa, and quarantine officials had issued certificates allowing passengers and crew to land, Suga said.

A health ministry official said no-one aboard at that time showed any symptoms, and the case of the man who disembarked in Hong Kong was not known at that time.

After his case emerged, a second quarantine was organized.

Quarantine officials are now checking the condition of everyone on board and testing those with symptoms of illness for the new coronavirus, as well as other infectious diseases, including malaria and Dengue fever, a second health ministry official told AFP.

Health Minister Katsunobu Kato told parliament that tests for the virus would be administered to three groups: those with symptoms, those who got off in Hong Kong, and those who had close contact with the infected passenger.

Until the results are in “everyone on board… will stay there”. he said.

The decision on whether to allow the vessel to dock at Yokohama port and let passengers land on Japanese soil “will be made at the quarantine station,” taking into consideration the WHO’s estimate of a 10-day incubation period, Suga said. 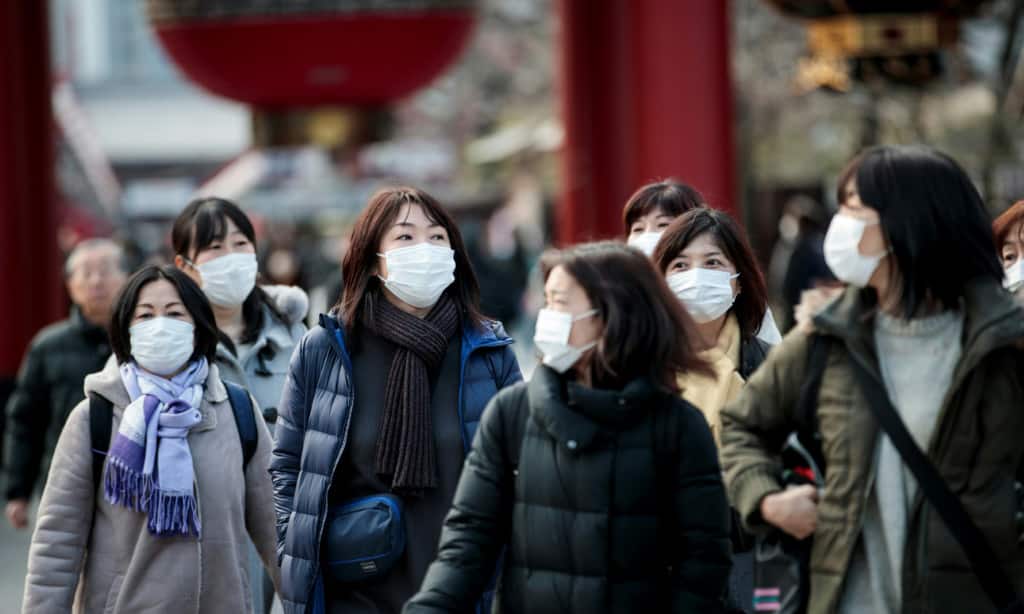 The health ministry said as of Monday that 20 people in Japan have tested positive for the new virus, of whom four showed no symptoms

Since Saturday, Japan has been barring foreign nationals who have been to Hubei in recent weeks, as well as holders of passports issued in Hubei — the Chinese province at the epicenter of the crisis.

Arrivals displaying symptoms of the new virus can also be denied entry.

A total of 11 foreigners have been barred from entering so far, the immigration service agency said Tuesday.

The health ministry said as of Monday that 20 people in Japan have tested positive for the new virus, of whom four showed no symptoms.

Japan has also flown more than 500 citizens out of Wuhan, where the coronavirus originated.

Local carriers have suspended flights to the center of the outbreak, with All Nippon Airways saying Tuesday its suspension would now be extended through March 28. It also announced it would reduce the number of flights to Beijing from Tokyo’s Haneda and Narita airports.