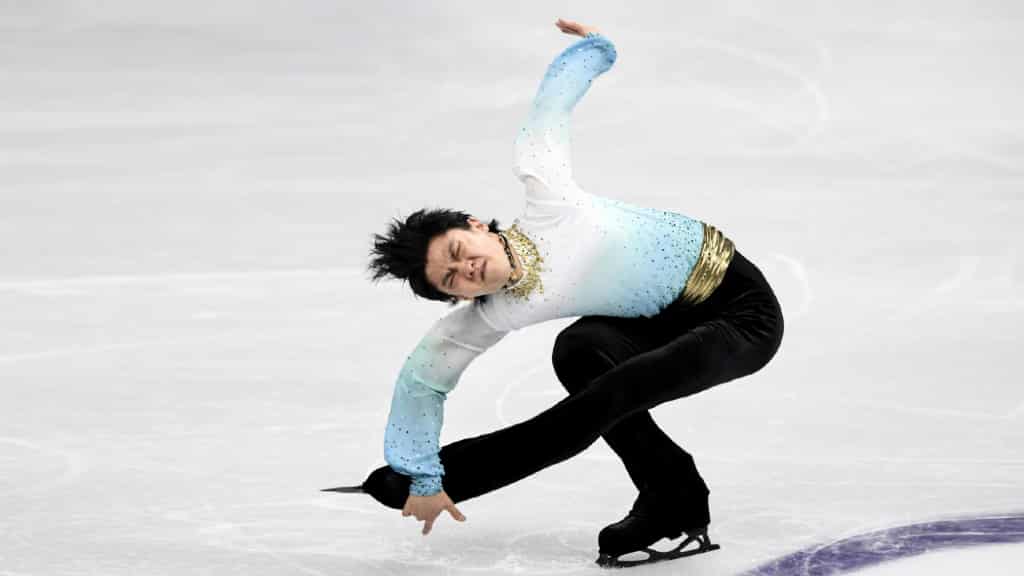 Yuzuru Hanyu of Japan smashed 111.82 points with no others reaching the 100-point mark at the Four Continents figure skating competition in Seoul

The Japanese figure skating star, who won the Skate Canada crown in late October, smashed 111.82 points with no others reaching the 100-point mark in Seoul, where the free program will be held on Sunday.

With the new world record score Hanyu also beat his personal best of 110.53 set at the 2018 Rostelecom Cup.

Boyang Jin of China came second with 95.83 points and the United States’ Jason Brown was in third with 94.71.

Hanyu opened his performance to Chopin’s Ballade No.1 with a flawless quadruple salchow.

He then nailed a stunning quad toe-loop triple toe-loop combination and a clean triple axel, prompting frenzied fans to shower him with Winnie the Pooh bears — Hanyu is apparently a fan of the A. A. Milne character — at the end of the performance.

Hanyu is to skate to Japanese composer Shigeru Umebayashi’s “Seimei” for his free skate on Sunday – the same music that served him so successfully at the Pyeongchang Olympics in South Korea in 2018.

Canada’s Piper Gilles and Paul Poirier won the silver while overnight leaders Madison Hubbell and Zachary Donohue of the US settled for the bronze.