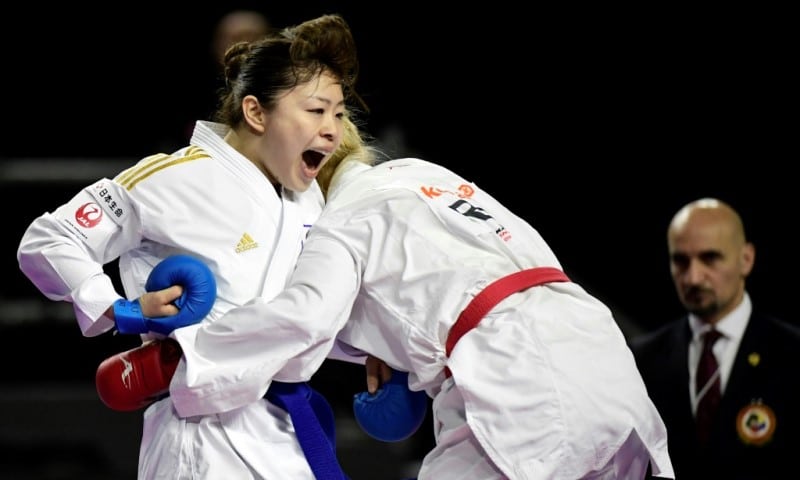 A Japanese karate official will quit after being accused of bullying a champion set to compete at the Tokyo Olympics, he has told a local newspaper.

Masao Kagawa, the technical director of the Japan Karatedo Federation, told the Nikkan Sports daily he was quitting after injuring former world champion Ayumi Uekusa in a training drill.

Uekusa says he hit her in the face with a bamboo sword and accuses him of bullying, claiming he frequently shouted at her and admonished her about her private life.

The athlete, who will compete in the women’s over 61 kg kumite category as karate makes its Olympic debut this summer, has lodged a complaint with the federation over the alleged abuse.

Both Uekusa and Kagawa testified before an ethics commission last week, with the federation finding that she had been left with a bruised eye because of Kagawa’s “very dangerous” training methods.

The federation said in a statement that it would decide on a punishment, but Kagawa has reportedly now informed them of his intention to quit as technical director and board member.

“In order to bring the matter to a close quickly, I’m resigning from all my positions at the Japan Karatedo Federation.”

Kagawa admitted using a bamboo sword as part of Uekusa’s training, with the aim of forcing her to dodge his swings and thrusts.

He claimed he never set out to injure her intentionally, but took responsibility for “a breakdown of trust”.

Uekusa, a world champion in 2016, has accused Kagawa of damaging her self-esteem and leaving her unable to train because of stress.

“Meeting my instructor became so tough, bursting into floods of tears on my way to the dojo became part of my daily life,” she wrote on her blog on March 28.

“Training was such a stifling environment that I suffered mental stress, and there were times when I couldn’t go to training and just stayed at home.”

It is the latest “power harassment” scandal to hit Japanese sport, with the country’s wrestling federation apologizing to four-time Olympic champion Kaori Icho in 2018 over bullying claims.

The Japan Karatedo Federation did not immediately reply to a request for comment Wednesday.