Locked Up, Back Up: The Thai Dissidents Who Refuse to Give In 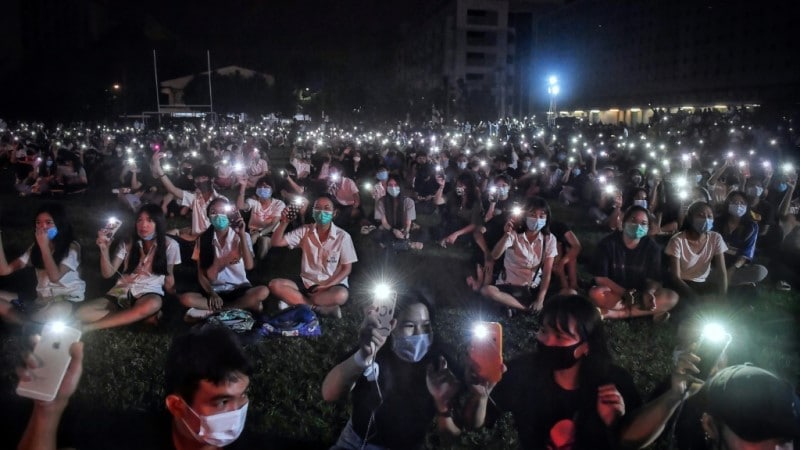 Young activists have staged near-daily protests for the past two months calling for frank discussions of the unassailable royal family’s role — once a taboo topic because of Thailand’s draconian royal defamation laws.

And they have inspired Somyot to join the rallies in Bangkok, even if he is fearful of a possible crackdown.

“The struggle is not finished,” the veteran activist, 58, told AFP. 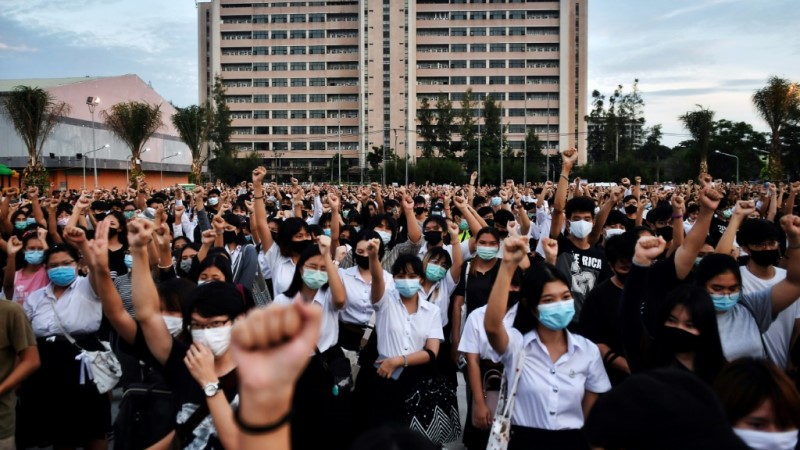 Student protesters have put forward a number of demand, including a frank discussion about the role of the powerful royal family, once a taboo topic because of draconian defamation laws

“I’m really proud that our efforts in the past continue… The new generation is discovering the reality — that there is no hope for them under this system.”

Among the students’ demands is the abolition of the so-called “112” law, which shields the royal family from defamation but has been broadly interpreted to target any criticism.

It carries a maximum sentence of 15 years per charge.

They are also calling for the resignation of premier Prayut Chan-O-Cha — a former army chief who masterminded the 2014 coup — and a rewrite to the military-scripted constitution they say stacked last year’s election in his favor.

“He made all the rules and called it democracy,” anti-junta activist Pai — real name Jatupat Boonpattararaksa — told AFP.

Arrested in 2016 after sharing a BBC article about King Maha Vajiralongkorn on Facebook, he was jailed for more than two years before receiving a royal pardon in 2019.

“This generation of kids is coming out to say what we have not dared say before,” said the 29-year-old.

Today, he helps fire up the crowds alongside his Gen-Z counterparts, many of them inspired by Hong Kong’s leaderless pro-democracy protests. 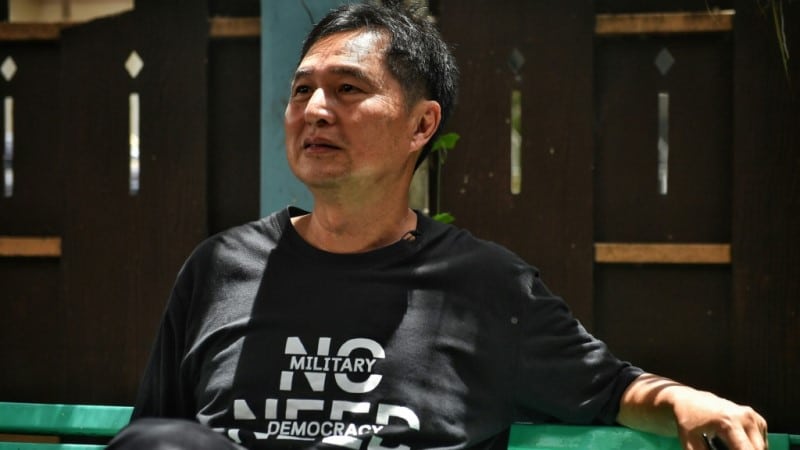 Somyot Prueksakasemsuk says ‘the struggle is not finished’ in Thailand

Just six people were behind bars on lese majeste charges before the 2014 coup, according to legal aid groups.

Somyot was among them, ensnared by the law in 2011 after his now-defunct “Voice of Thaksin” magazine published satirical articles about a fictional king.

Part of the “Red Shirt” movement, he supported former billionaire premier Thaksin Shinawatra, who was ousted in a 2006 coup and lives in self-imposed exile.

Somyot said he was disappointed to see the junta still in power when he was released in 2018.

“I came out to this society that still has no freedom.” 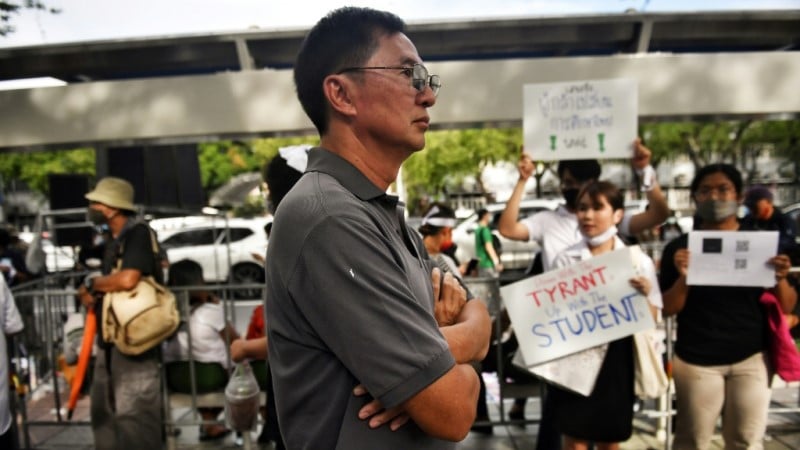 By the end of the junta’s five-year regime, the number of lese majeste convictions had surged to at least 169 although use of the law has slowed in recent years.

Prayut has said this is due to the “mercy” of the king.

Using lese majeste is not good for the monarchy’s image, Somyot said, explaining it implies the institution is “confronting the people directly”.

But dozens of student protesters have been hit with a sedition charge instead — potentially facing up to seven years in jail — and also accused of breaking coronavirus distancing rules by taking part in demonstrations.

Some prominent activists have been charged multiple times for taking part in the protests. 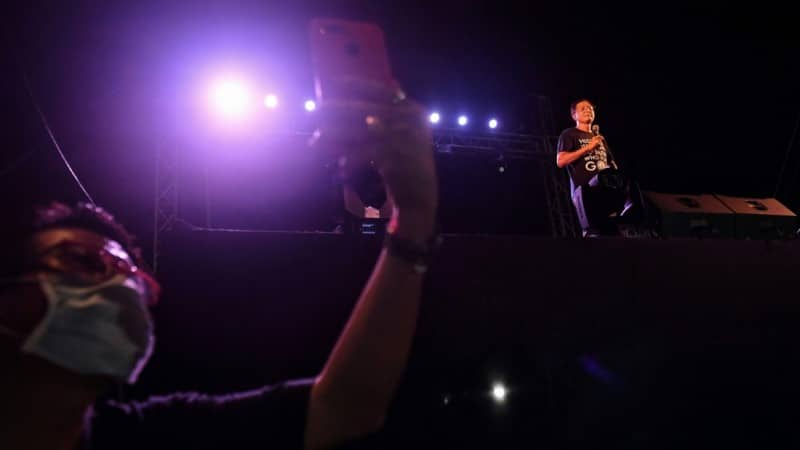 The growing movement in Thailand is also demanding the resignation of premier Prayut Chan-O-Cha, a former army chief who masterminded the 2014 coup

The situation remains “dangerous”, said Prontip Mankhong, a former playwright who spent two years in prison for a work deemed defamatory by a court.

Her experience was captured in a memoir, “All They Could Do to Us”, which had a second print-run this year due to its popularity with protesters.

The young artist, currently studying in Europe and following the movement online, admits she is scared for the student leaders.

“If you choose to fight against the monarchy in Thailand, you must be prepared for the worst-case scenario.”

In the past two years, at least nine pro-democracy activists who fled Thailand since the 2014 coup have disappeared, according to Human Rights Watch.

Arch-royalist groups have also sprung up in response to the student movement, and Prayut has warned that Thailand could be “engulfed in flames” if protesters push too far.

“They used to say we are the black sheep or outsiders of society, but that doesn’t really work any more because the people have woken up,” he said.