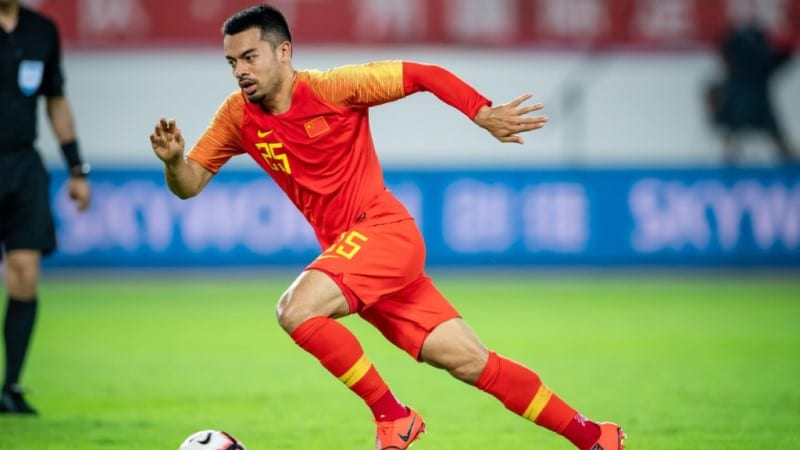 London-born Nico Yennaris, known as Li Ke in Chinese, is the first naturalised player to play football for China

Fast forward and the midfielder is now called Li Ke, he has a Chinese passport and plays for China, trying to help them reach the World Cup for only the second time in their history.

“If I was to look at where my career was going at that time, I would probably have said you’re mad,” the 27-year-old told AFP, reflecting on his unlikely journey from England’s lower leagues.

Li, who is half-Chinese, grew up playing alongside England and Tottenham Hotspur forward Harry Kane, and they are from the same area of east London. 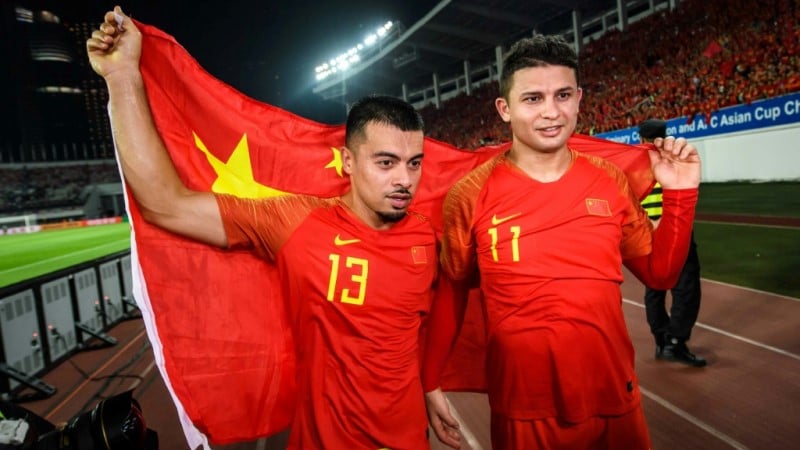 Li (L) and a group of Brazilian players, including Elkeson (R) have become naturalised Chinese citizens

He made his solitary Premier League appearance for Arsenal in 2012 against Manchester United and eventually featured in all four divisions in England.

But in 2019 the former England youth international made a move that would change his life and the course of Chinese football.

A small contingent of Brazil-born players has followed, a quick fix aimed at getting ambitious China to the 2022 World Cup in Qatar.

“It’s an honor really because you’ve created a bit of history that no one else can take away from you,” said Li, whose mother is Chinese and father Greek-Cypriot.

Speaking by telephone from Suzhou, where Beijing are in a CSL “bubble” to guard against the coronavirus, Li said it was his determination to play at the highest level possible that took him to China. He could also have represented Cyprus.

“You’ve got to be realistic. (Was) it possible for me to play for England? Probably no, honestly, with the way my career was going on,” he said.

That’s not my Name

Although he made his debut last year for China — who under President Xi Jinping want to become a major power in the sport — the idea first arose when he was 17 or 18 and trying to break through at Arsenal.

Finding competition for places tough, Li made loan moves to Notts County and Bournemouth, before switching permanently to Brentford in 2014.

While there he went on loan to Wycombe in England’s fourth tier.

Through all that, the notion of playing for China never went away, even if it seemed remote at times.

“At first it was literally just, is it possible that I can play with China? And then they (contacts in China) explained about having the Chinese passport etc.,” he said. 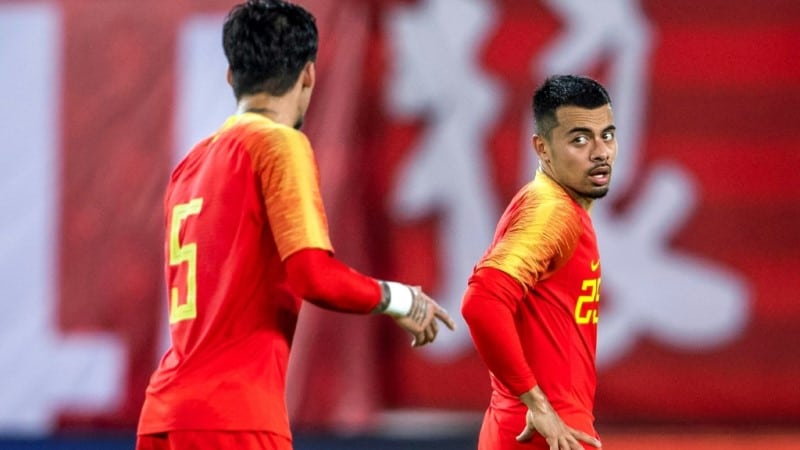 “I’ve always been very ambitious, I’ve always set my targets high and I’ve always tried to push the boundaries for myself.”

Li said his family had been concerned about him giving up his British passport.

“I think there was a lot of factors of what could this mean for the future? Is it possible for you to get your British passport back later on in life? How could that affect you coming back to the UK?” he said.

“These are all unknowns because it had never happened before. To me, I was just focused on playing football.”

As a child the family was more immersed in his father’s culture so moving to China was a big change — “new language, culture, food, everything”. Li has had to learn Chinese from scratch.

There was even a new name, which he first heard when he landed in Portugal for pre-season training and the driver picking him up was looking for “Li Ke”. 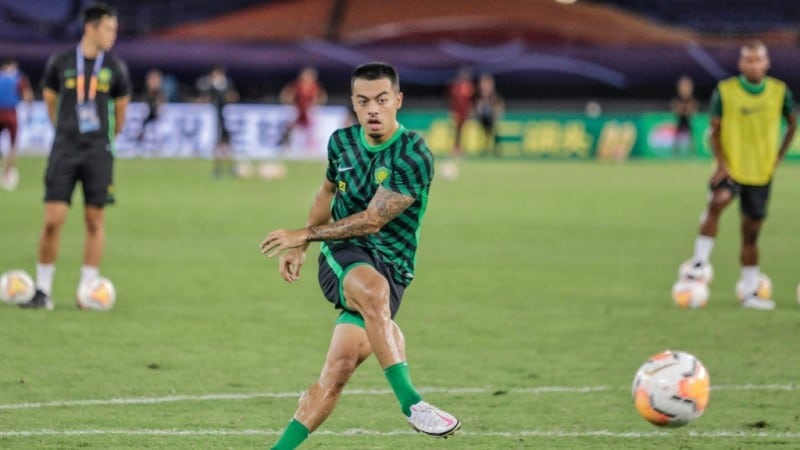 China’s Qatar 2022 World Cup hopes are in the balance but if they make it, there’s a chance Li could face Kane and the country of his birth.

“It would be funny, would be amazing if that did happen,” Li said.

“If I was lucky enough to captain China and he was to captain England, it would be a funny one for our parents but also anyone that’s associated with us where we grew up.