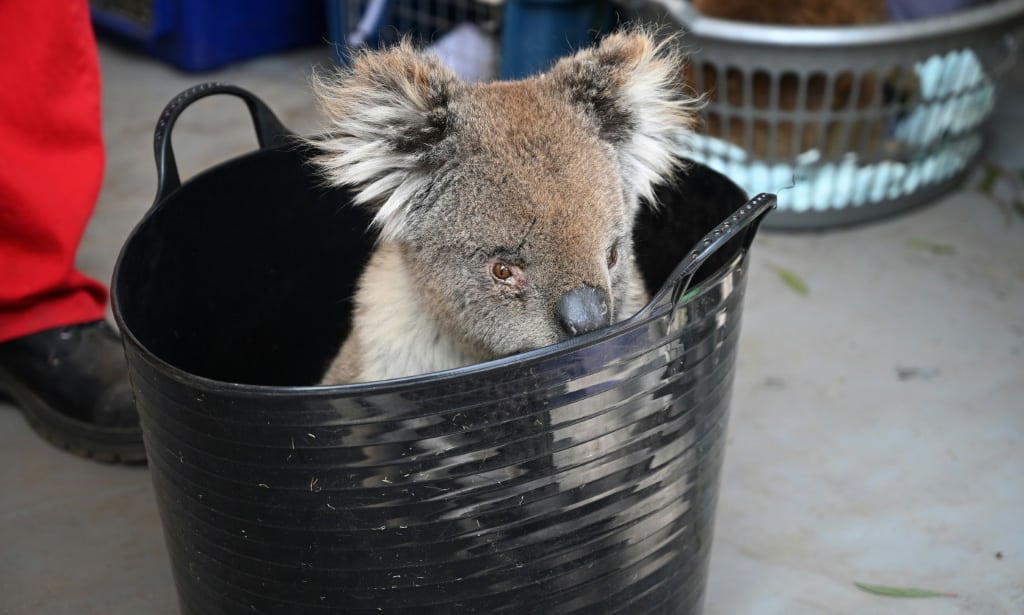 An injured koala waits to be treated on Kangaroo Island

Injured in bushfires that have ravaged the wildlife haven off the coast of South Australia state, there are so many marsupials currently requiring urgent treatment that carers don’t have time to give them names — they are simply referred to by a number.

Among them is Koala Number 64, who was brought in with burns to all four of his paws.

Stretched out on a surgical table in a bustling tent, he has been sedated so the wounds can be examined and treated. 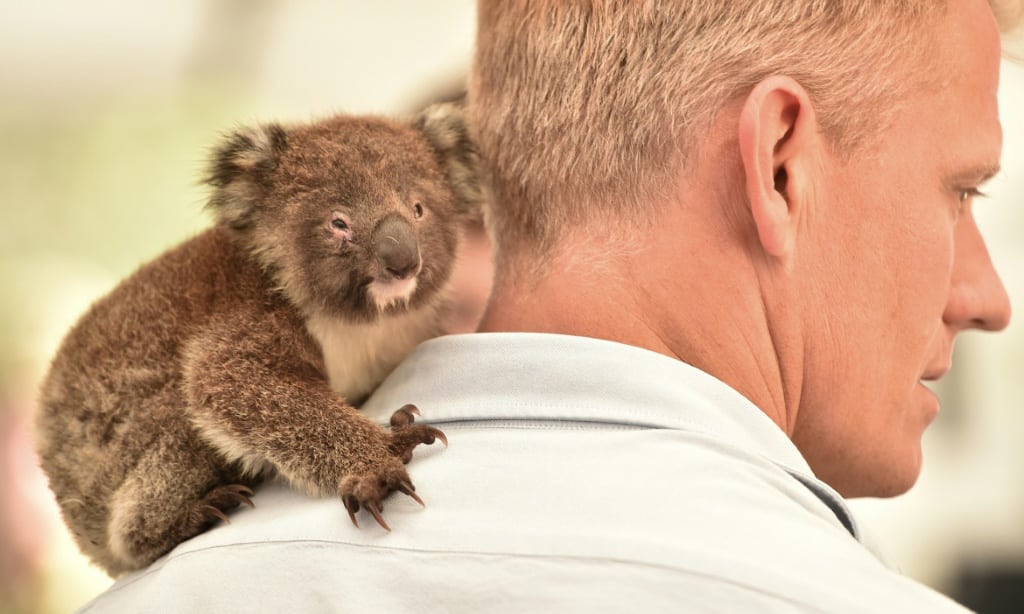 Not all rescued koalas have been so lucky. Many are found so badly injured that they need to be euthanized.

Steven Selwood, South Australia Veterinary Emergency Management team leader at the hospital, says around 46,000 koalas were thought to be on the island before this year’s bushfires.

It is estimated as few as 9,000 remain, Selwood says, describing the figure as “pretty devastating”.

“The fires here were particularly ferocious and fast-moving so we’re seeing a lot less injured wildlife than in other fires,” he tells AFP.

“A lot of the wildlife was incinerated.”

Australian Environment Minister Sussan Ley said the country’s koala population had taken an “extraordinary hit” as a result of bushfires that have raged for months, suggesting they could be listed as “endangered” for the first time.

Kangaroo Island is the only place in Australia where the population is entirely free of chlamydia — a sexually transmitted infection also found in humans that is fatal to koalas. 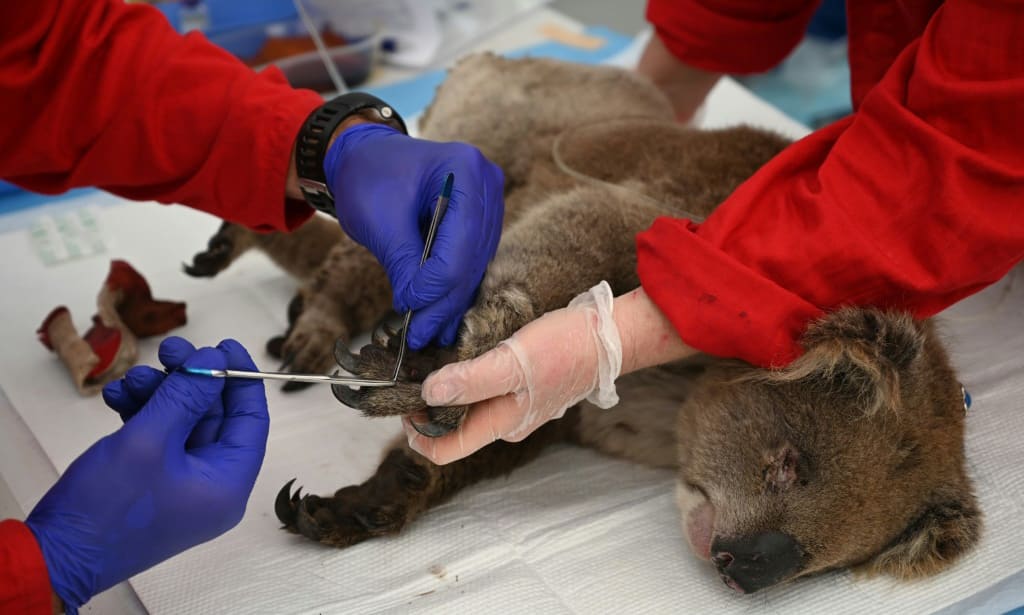 That has made them a key “insurance population” for the future of the species — and even more crucial now that large numbers have died in bushfires on the Australian mainland.

Almost half of Kangaroo Island has been razed by fire and an estimated 80 percent of koala habitat wiped out.

This widespread destruction has left rescuers with a tricky proposition — what to do with the animals once they have recovered. 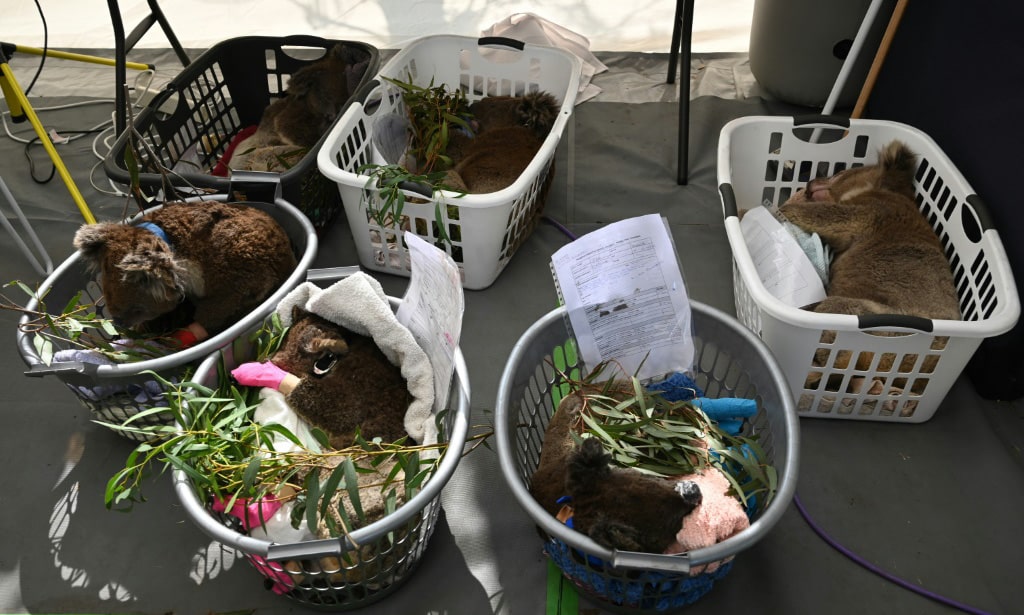 Sedated Koalas sleep in baskets after being treated

For now, that issue is on the back burner as teams of vets work overtime to save as many as possible.

“He’s going to need another week (to recover) and will need to be kept caged after that,” Hutchinson tells AFP as he wraps a pink bandage around Number 64’s paw.

“Because there’s no habitat for him to go back to at this time.”