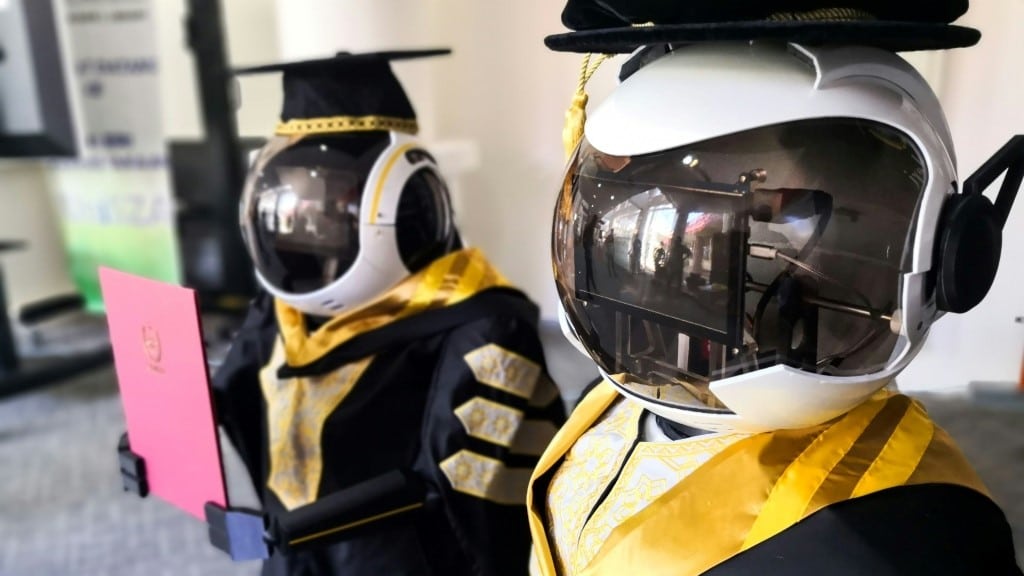 A Malaysian university is considering using robots dressed in gowns and mortarboards to act as stand-ins at graduation ceremonies to prevent coronavirus infections — but students have blown a fuse at the idea.

A video of the planned ceremonies released by the university shows two elegantly attired, waist-high robots being handed diplomas by high-ranking university officials.

The students’ faces appear on screens mounted on the robots’ heads.

Associate professor Engku Fadzli Hasan Syed Abdullah, the leader of the team at Sultan Zainal Abidin University that made the robots, said Tuesday the idea was to allow students to participate, albeit remotely.

“We would show the face of the student through the head of the robot through video conferencing,” the academic from the university in northeastern Terengganu state told AFP.

However, students were not amused at the idea and called for the university to delay the ceremonies originally scheduled for October and November.

“I am willing to wait one, two, three or several years but please let me go on the stage,” said Nurhazwani Sa’aid on the institution’s Facebook page.

Engku Fadzli however said the robot idea was just a plan for now and that the university would do its best to hold proper ceremonies.

Malaysia has had a relatively moderate virus outbreak, with nearly 8,000 people infected and 115 deaths.