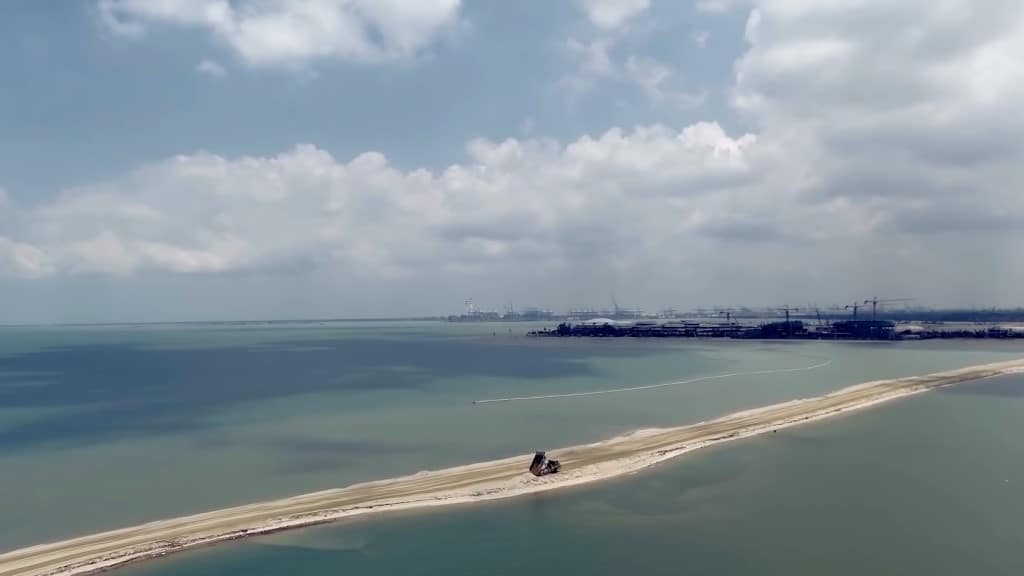 Malaysia issues a ban on the export of sea sand to Singapore, a move which, according to experts, could upset the island-state’s extensive expansion plans.

Kuala Lumpur, however, clarified that the initiative wasn’t exactly to target Singapore but rather to address the country’s growing environmental concerns.

According to the report, Malaysia has been Singapore’s biggest source for sea sand, accounting around 97 percent of its sand supplies. Around $350 million dollars-worth of this commodity is being exported to the Lion City which is now in dire need of expanding its land area to pave way for its mega-infrastructure plans.

These plans include the development and expansion of the Tuas mega port which is poised to become the world’s biggest container terminal.

Since its independence from the British Malaya colony in 1965, Singapore has managed to increase its territory from 224 to 280 square miles which it was able to do so by reclaiming its coastal areas. The country has been aiming to expand its land mass by 300 square miles in the year 2030.

Apparently, with Malaysia’s new exportation policy, Singapore might be forced to push back its target date unless it could find a new sand supplier.

In a statement released to the press, Malaysian minister Xavier Jayakumar of the Land and Natural Resources clarified that the ban wasn’t placed to purposefully cripple down Singapore’s expansion operation.

An earlier report from Reuters said that Prime Minister Mahathir Mohamad, who recently won last year’s election, was upset that the country’s resources was being used by its neighbour to increase its territory.

As further pointed out by unnamed sources, Mahathir was also concerned on the illegal activities committed by corrupt Malaysian officials.

It was found out from the report that the ban was actually placed earlier last year and was never made public for possible diplomatic tensions that it could cause.

The PM’s press secretary, Endie Shazlie Akbar, did confirm that the new policy was pushed in 2018 but not exactly because the PM was mad over Singapore’s expansion plans.

Jayakumar later said that the ban came due to the growing environmental concerns and not exactly related to Singapore’s reclamation efforts.

The minister did say that while river sand is still being exported to Singapore, sea sand will now be limited for domestic use only.

In relation to political issues, Jayakumar said that the export won’t affect the bilateral ties between Malaysia and Singapore.

“I don’t think there is any problem in our relationship with any countries as far as this business is concerned,” the minister said.