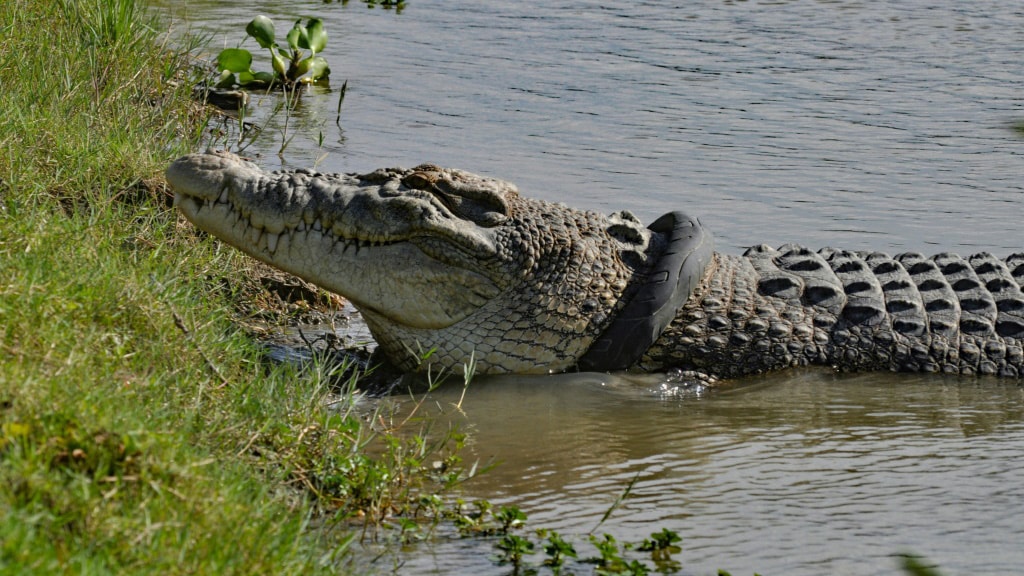 An Australian television personality has thrown his hat in the ring to help capture a giant Indonesian crocodile and remove a motorcycle tire stuck around its neck.

Matt Wright, the host of National Geographic’s “Monster Croc Wrangler” show, was on the island of Sulawesi Thursday with a team using traps baited with duck, a drone and even a harpoon in a bid to reel in the reptile.

“It (the harpoon) doesn’t hurt the crocodile,” the croc wrangler told reporters Thursday in the city of Palu.

“It just goes in a little bit. It’s like getting your ears pierced.”

Wright told more than 200,000 followers on Instagram that the team had trapped a smaller croc on Wednesday “training for the main event”.

But catching the bigger beast was a challenge, he said, because of the tough environment and the fact that it wasn’t hungry due to ample food in the river. 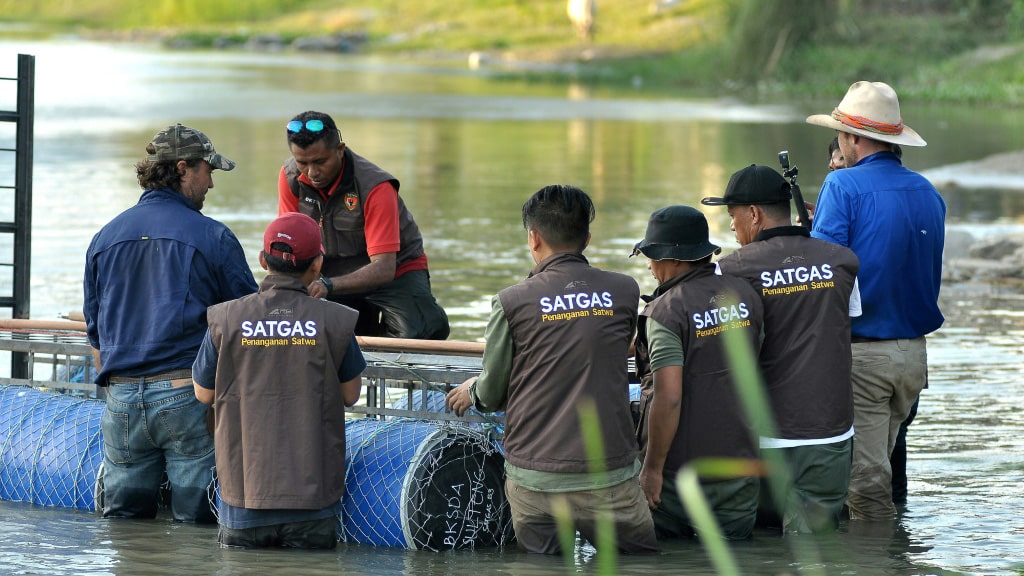 “If we don’t get him this trip with me over here, the boys will keep the trap set. They’ll keep trying,” Wright said.

“We might not catch him in two days… but eventually, we should catch him.”

Wright, joined by fellow Australian crocodile wrangler Chris Wilson, is working with the local conservation agency, which has struggled for years to rescue the croc.

The animal made headlines last month after a competition was rolled out offering punters an unspecified financial reward for any brave individual who captures the four-meter (13-foot) beast.

Officials later called off the contest and said they would redouble efforts to free the croc from its rubber vice, which conservationists feared could endanger the croc’s safety.

Thousands of curious spectators who have turned up to watch may be thwarting rescue efforts, Wilson said.

“He knows people, so he’s scared of people. When you try and get close to him, he just gets underwater.”