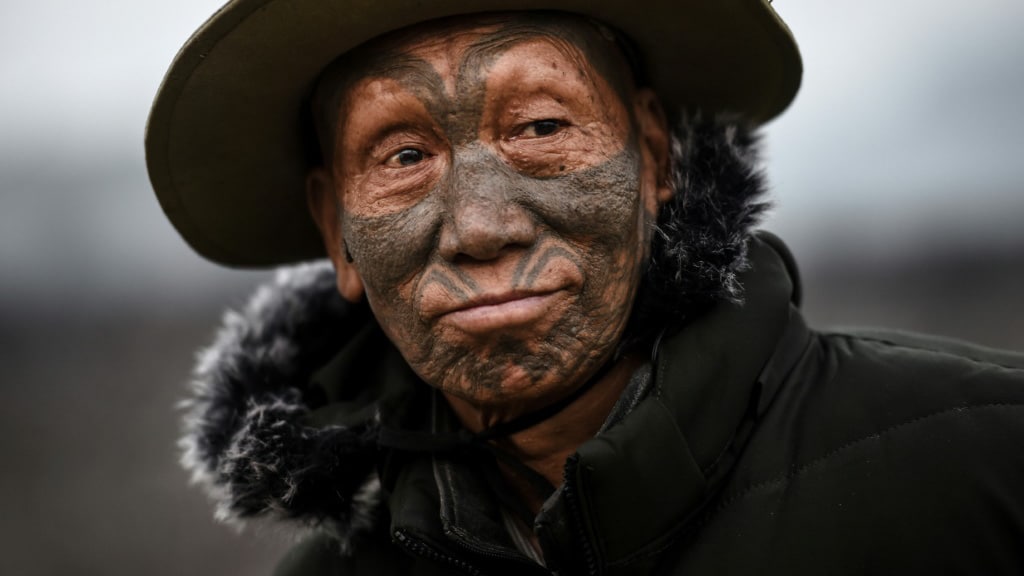 Ngon Pok remembers his father and grandfather returning triumphantly to his tribal village in Myanmar’s far north with a human head — and the agony of the tattoo he was given to celebrate their victory.

He is a proud member of the Lainong, one of dozens of Naga tribes — many with grisly histories — wedged in a semi-autonomous zone near the Indian border.

Ngon Pok, who believes he’s around 80, gestures to his six-year-old grandson, saying he must have been about the same age when he received his tattoo.

“People had to catch me and hold me down,” he tells AFP, removing his jumper to reveal his chest adorned with parallel, vertical stripes and two warrior figures.

Tribes and villages commonly waged war over land, and there are reports of warriors hacking off their enemies’ heads for trophies as late as the 1960s. 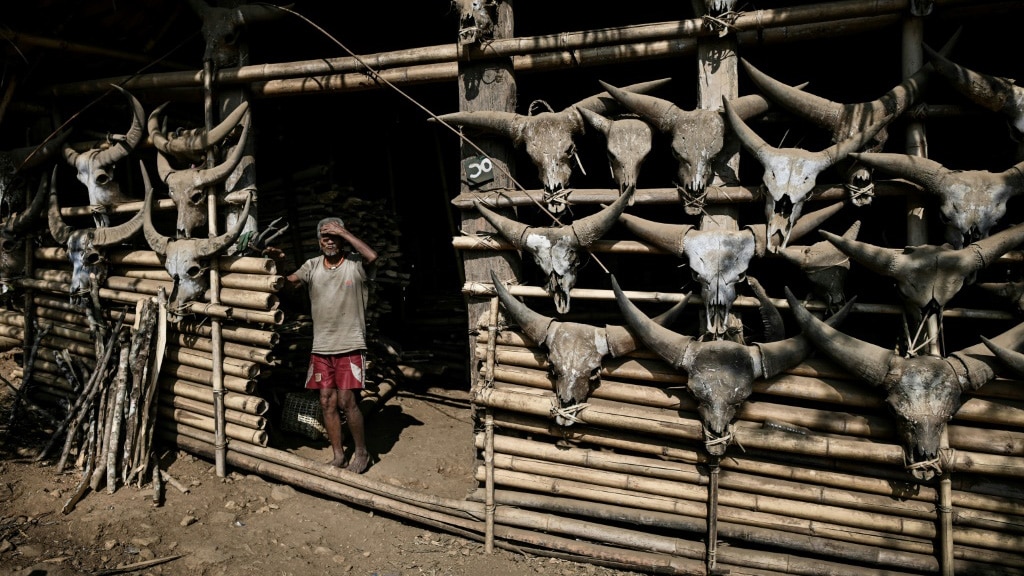 Naga tribes in Myanmar’s far north subscribe to a complex patchwork of customs, blending animist beliefs with various forms of Christianity brought by missionaries in recent decades — and intertwining their warrior traditions

To celebrate, a thorn would be used to drive tree sap under the warrior’s skin to ink a permanent reminder of his headhunting prowess — and his family would often follow suit.

Ngon Pok’s wife, aged about 75, says she chose to have the geometric designs etched on her arms, legs and face as a teenager.

“It was so painful,” Khamyo Pon Nyun remembers, hoisting up her skirt to expose her legs.

“But I told myself if my mum and my aunts could do it then so could I,” she says, adding with a smile that — unlike her husband — she did not need to be restrained to withstand the pain. 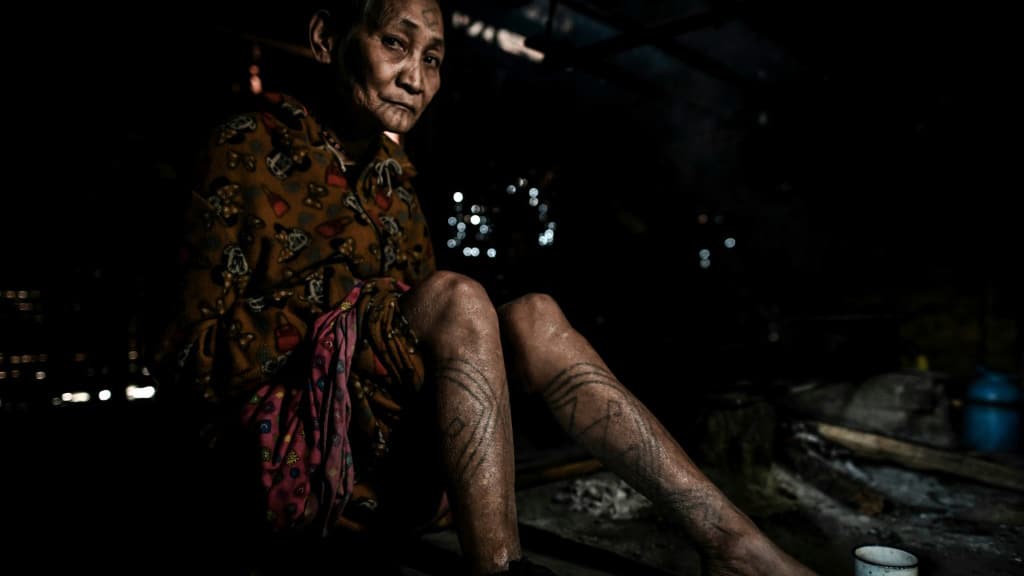 The Naga consist of dozens of tribes in a region so isolated that neighboring villages often speak completely different languages and dialects.

Divided between India and Myanmar by a border many deem as artificial, today a proud sense of nationalism unites the disparate tribes.

This is one of the poorest corners of Myanmar, where many must walk for days to reach the nearest town, few children progress beyond primary school education and only 40 percent of villages boast electricity.

People subscribe to a complex patchwork of customs, blending animist beliefs with various forms of Christianity brought by missionaries in recent decades — and intertwining their warrior traditions.

American anthropologist and author Lars Krutak has traveled the world studying tribal tattoos, including among the Naga. 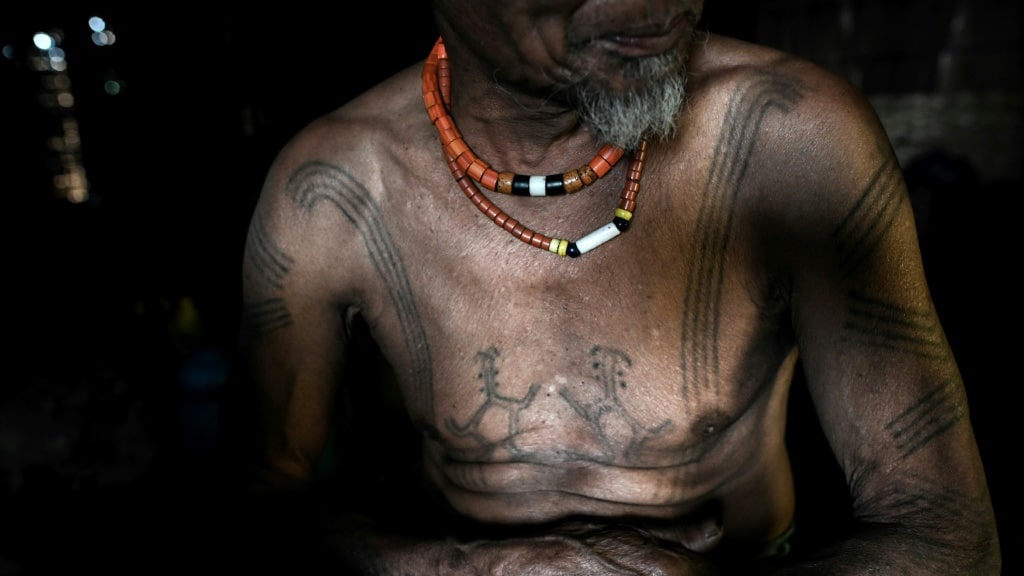 For the Naga in Myanmar’s far north, tattoos can signify tribal identity, life accomplishments or the completion of a rite of passage

“What strikes me as unique is the diversity of Naga tattooing patterns,” he says, adding there are more than 20 tribes that tattoo across both sides of the border.

They can signify tribal identity, life accomplishments or the completion of a rite of passage.

In some cases, people believed they would need the designs to transition to the afterlife, Krutak explains. 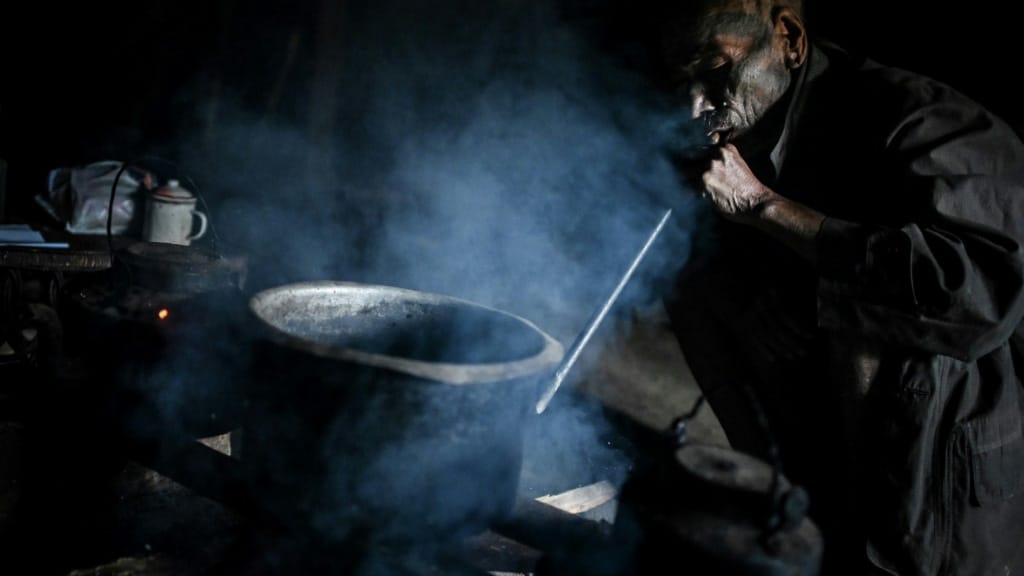 The Naga live in one of the poorest corners of Myanmar, where many must walk for days to reach the nearest town

One of the most feared tribes was the Konyak, now divided between India and m, their villages so remote Christianity only made inroads here in the 1970s.

The Konyak village of Longwa actually straddles the border, set on a high ridge commanding a view of both countries and is the seat of the tribe’s king, whose house symbolically lies directly on the frontier.

Only a handful of the village’s former headhunting warriors remain, sporting formidable tattoos that cover much of their faces in dark blue ink with skull-like patches left bare around the eyes. 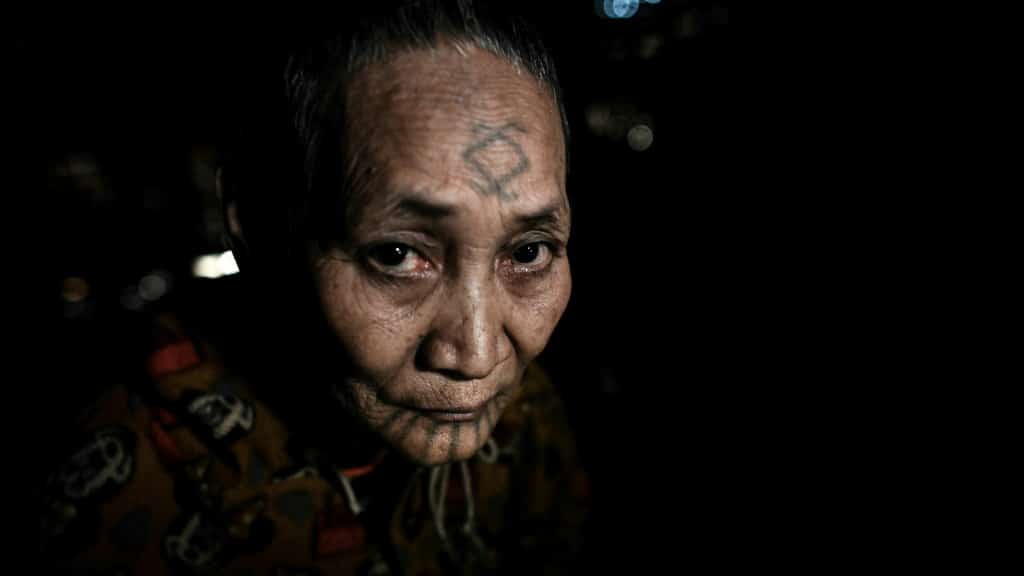 Tribes and villages in Myanmar’s far north commonly waged war over land, and there are reports of warriors hacking off their enemies’ heads for trophies as late as the 1960s

Houn Ngo Kaw, 75, claims he helped put an end to the gory tradition in his village after he converted to Christianity in 1978 and admits “it’s better now.”

Younger generations of Naga rarely wear the traditional tattoos associated with headhunting, but there are exceptions.

Ku Myo, 35, says her parents were less than impressed after she came home aged 15 with her face tattooed. 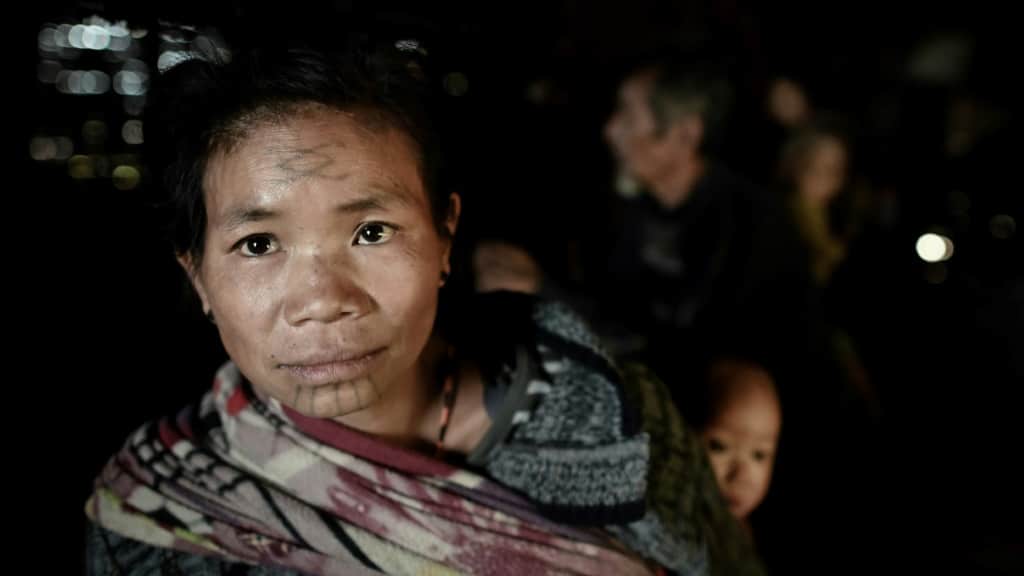 “I did it without them knowing and they beat me when they found out,” she says, admitting she too would be furious if her children exhibited the same rebellious streak.

But few seem to lament the passing of a tradition that will soon be lost forever.

“I wanted to be one of the last tattooed warriors and I am,” Konyak elder Houn Ngo Kaw says with a huge grin.