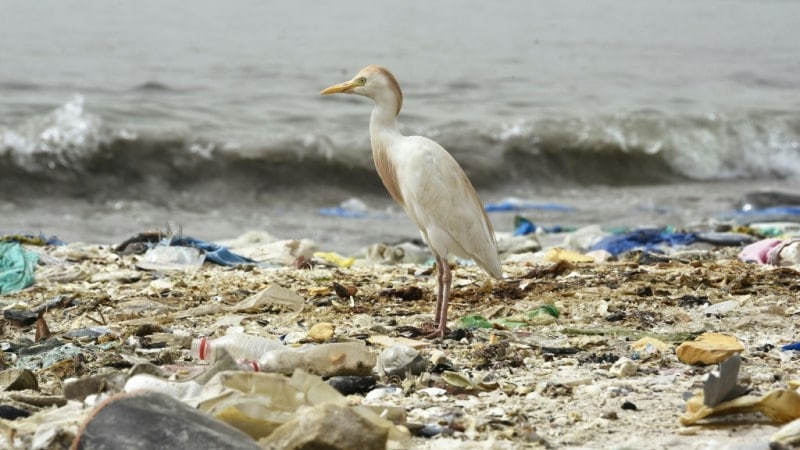 A bird stands on a beach covered with trash in Hann Bay in Dakar, Senegal

A dead manatee in Florida was found to have swallowed so many plastic bags they formed a cantaloupe-sized ball in its stomach, while a baby turtle had its intestines perforated by tiny plastic fragments.

They are some of 1,800 marine mammals and turtles found to have ingested or been entangled by plastic along American coastlines since 2009, according to a report from conservation NGO Oceana published Thursday.

The group’s report attempts to describe the cumulative impact of plastic pollution on marine fauna in the United States in the last decade, despite growing recycling practices.

Researchers found the most-ingested objects found were fishing line, plastic sheeting, bags, balloons and food wrappers, while packing straps, bags and balloons with ribbon were most responsible for entanglement incidents. 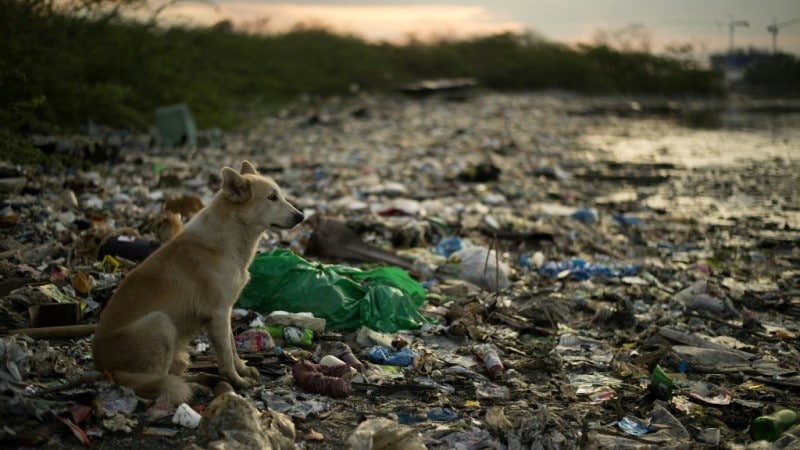 More than 900 species, including birds and fish, are affected, many of which are found on endangered or threatened lists, according to Oceana.

US laws require such incidents to be recorded when possible, but Oceana found the data was apparently not compiled until the NGO itself started asking public agencies to do the work.

“There are many more cases that probably weren’t observed or recorded,” the study’s lead author and Oceana scientist Kimberly Warner told AFP.

But even though it is not exhaustive, the group still hopes the report can help to change people’s behavior.

“This is a problem on our shores, and it should be a catalyst to get people to act now to stem the tide of plastic going into the ocean,” Warner said. 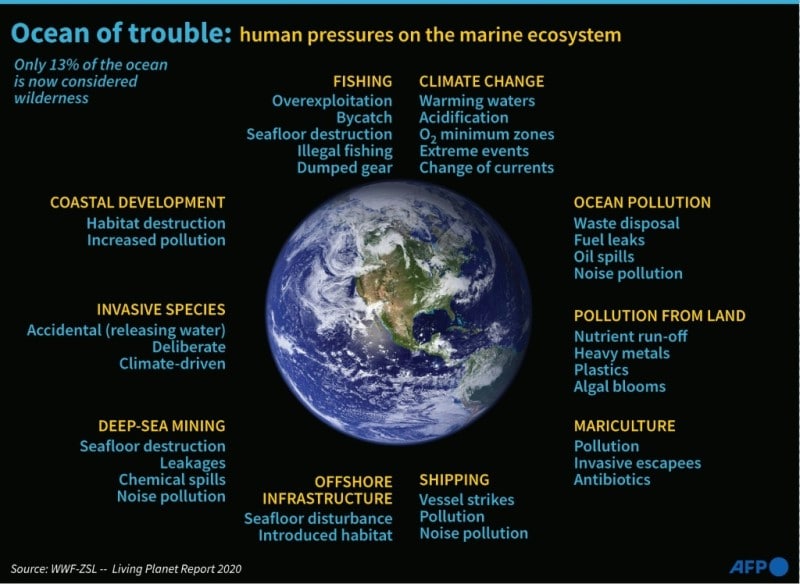 Environmental degradation of the oceans caused by human activity

Among the turtles found to have ingested plastic, 20 percent were babies.

“Just moments after they break in their shell, on their first journey to the ocean, they’re already eating plastic that is on our beaches,” Warner said.

Internal blockages caused by the plastic can prevent animals from being able to eat, which is often what ends up ultimately killing them. 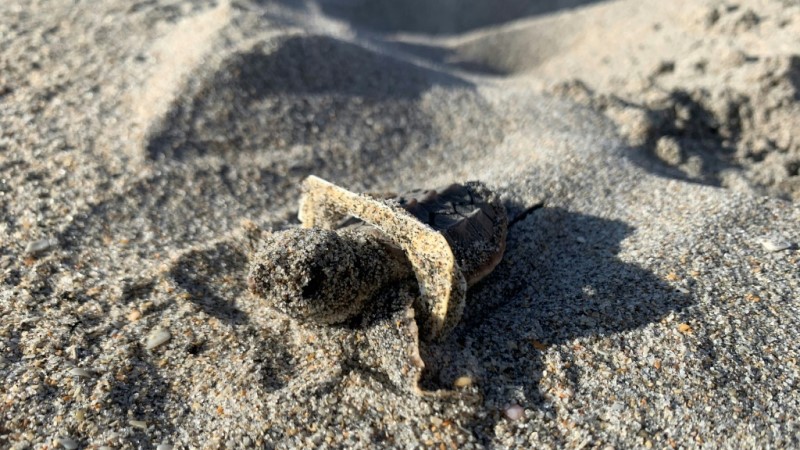 Sometimes a ring of plastic gets caught around their necks and as they grow bigger they slowly suffocate.

“They can end up constricting or cutting off their airway so that they can’t breathe,” Warner explained. 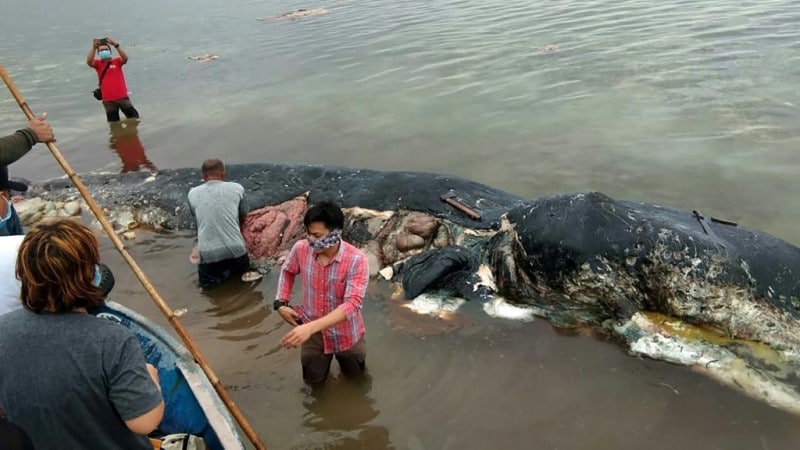 A dead sperm whale that washed ashore had nearly six kilograms (13.2 lbs) of plastic waste in its stomach, in Wakatobi National Park in Indonesia in 2018

“And sometimes the weight of things that are entangling animals doesn’t allow them to go to the surface to breathe.”

It is difficult to establish which sources of plastic contribute the most: from single-use items blown from beaches into the water to poorly sealed landfills and exported waste that falls from ships — there are lots of ways for this pollution to end up in the ocean. 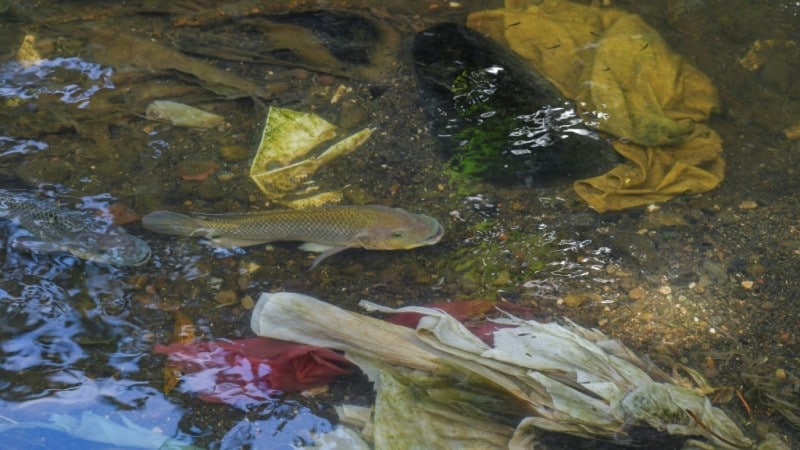 The solution likely lies at better management of those three issues, but also further up the plastic waste chain, at reducing our own dependence on and consumption of plastic products.

“Companies have wrapped everything in plastic now,” Warner said.