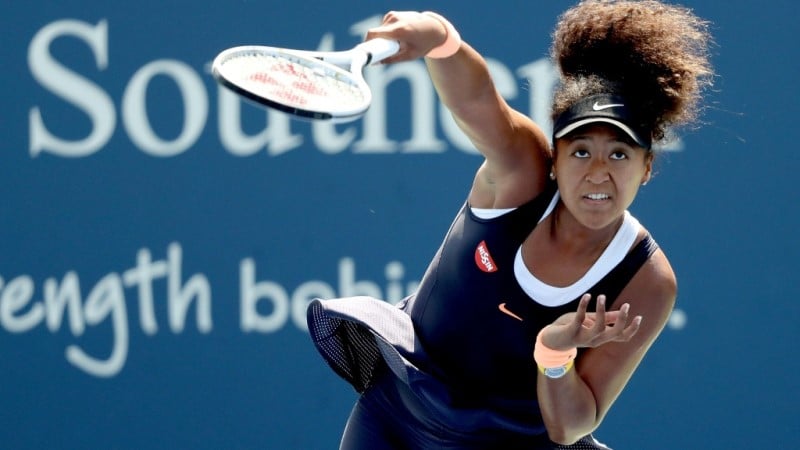 Nike, which sponsors biracial star Naomi Osaka, has caused social media debate with a new ad on bullying and discrimination

A Nike advert highlighting racism and bullying in Japan has caused a stir on social media, with some users even calling for a boycott of the company.

Nike, which sponsors biracial Japanese tennis star Naomi Osaka, released the two-minute commercial on Monday and it has since racked up more than 14 million views on Twitter.

The Japanese-language clip, titled “Keep Moving: Yourself, the Future”, shows three teenage girls of mixed or non-Japanese heritage being bullied at school before finding confidence through their football prowess.

It had been liked more than 50,000 times on Nike Japan’s YouTube channel by Wednesday, but also disliked by over 30,000 viewers — many of whom accused the sportswear firm of anti-Japanese sentiment.

One scene shows a girl wearing traditional Korean clothes being stared at by passing businessmen, while another shows a group of girls surrounding a classmate whose father is black and touching her hair.

Osaka, who was born in Japan to a Japanese mother and a father from Haiti, makes a cameo appearance as a biracial girl watches her on a smartphone.

The video sparked online debate, with some calling for a boycott.

“Goodbye Nike,” one Twitter user wrote in Japanese. “Our household won’t be buying any more products from you.”

Another Japanese user wrote: “Isn’t sport about having fun? Is it fun to use it to take out your frustrations?”

But others praised the advert.

“This great ad has really touched my heart,” wrote one. “It’s just like Nike. I want people to believe in themselves as they are and look to the future.”

Nike Japan did not immediately respond to a request for comment. A statement released with the video said it was based on testimonies of young athletes who have struggled to accept their natural identities, and focused on three teenage girls who faced discrimination and bullying.

“Nike for a long time has listened to minorities, supported them and voiced our views about causes that meet Nike’s values,” Nike Japan’s senior marketing director Barbara Guinet said in the statement.

Osaka, who has been an outspoken advocate for racial justice, wore masks bearing the names of black victims of police brutality in the United States on her way to victory in the US Open earlier this year.

But she has also had to deal with racial insensitivity in Japan, whom she hopes to represent at next year’s Tokyo Olympics.

An ad campaign by one of her sponsors once depicted her as light-skinned in a cartoon, while a TV comedy duo suggested she “needs some bleach” because she is “too sunburned”.