Nintendo Teams Up with Pokemon Go Creator for Smartphone Games 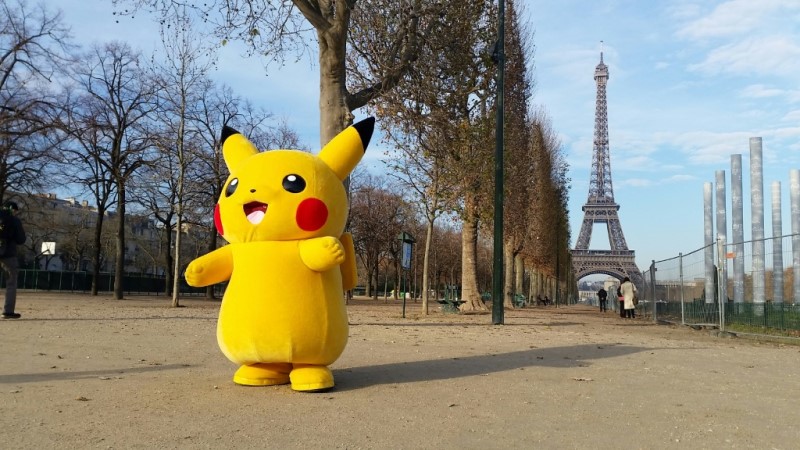 Pokemon Go has been hugely successful around the world, including during the pandemic

Augmented reality (AR) technology allows images and animations to be superimposed on the real-world view seen on a smartphone’s rear camera.

It was key to the success of Niantic’s Pokemon Go, which thrilled users around the world with the appearance of Pokemon characters in their neighborhoods across the globe.

“Niantic’s AR technology has made it possible for us to experience the world as if Pikmin are secretly living all around us,” Nintendo representative director Shigeru Miyamoto said in a press release.

Miyamoto, creator of Pikmin and other famed Nintendo characters including Super Mario and Donkey Kong, said the new app would be designed around “making walking fun”.

Nintendo had in the past been reluctant to let its characters venture outside traditional consoles and into the increasingly popular world of smartphone gaming.

But in recent years, it has released a string of mobile titles, including 2016’s “Super Mario Run” and 2019’s “Mario Kart Tour”.

“The deal could help address complaints among investors that Nintendo hasn’t been able to earn much from smartphone apps,” Hideki Yasuda, an analyst at Ace Research Institute, told Bloomberg News.

“As we continue to expand our games portfolio, it was a natural next step to team up with Nintendo,” Niantic CEO John Hanke said in a joint press release.

“We’re looking forward to shaping the future of AR together,” he added, without offering details on which other Nintendo characters might be in line for AR games.

Pokemon Go has been hugely successful since its 2016 launch, earning more than a billion dollars in the first 10 months of 2020 alone, according to tracker Sensor Tower.