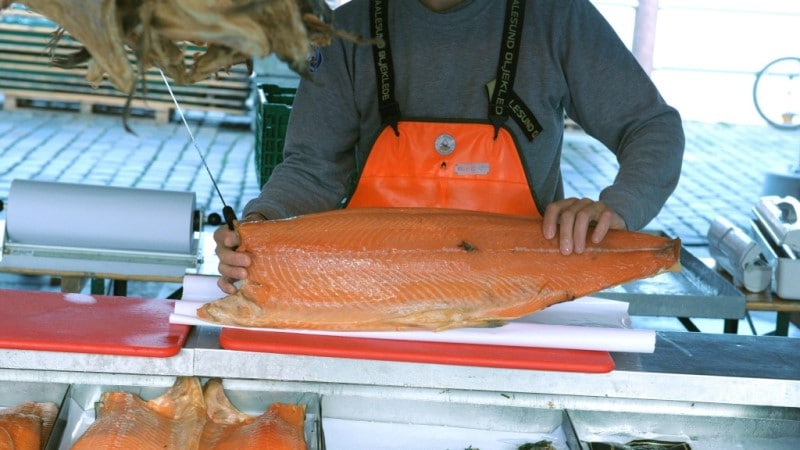 Norway said Wednesday it wanted to resume exports of its salmon to China after Beijing appeared to rule it out as a possible source of COVID-19.

Norwegian salmon came under scrutiny after a recently discovered cluster of new coronavirus cases was reportedly traced to the Xinfadi meat market in Beijing and a chopping board used for cutting up imported salmon.

However, Norwegian and, crucially, Chinese health officials appear to have now given the salmon the all-clear.

“We currently have no evidence that salmon is a carrier or an intermediate carrier of the coronavirus,” the deputy director of the China Center for Disease Control and Prevention, Shi Guoqing, said on Tuesday.

Stressing that no case of contamination by food had been reported, the authorities responsible for food safety in Norway said their salmon was fit for consumption.

“We hope that this will allow Norwegian salmon exports to China to return to normal,” Norwegian Fisheries Minister Odd Emil Ingebrigtsen said on Wednesday in a statement.

“But there are reasons to believe that it will take time,” he added, without giving further details.

The suggestion that it was linked to coronavirus prompted many Chinese restaurants and retailers to cancel their orders and stop selling Norwegian salmon.

Large supermarket chains, including Wumart and Carrefour, immediately removed the fish from their shelves.

At least 137 people have been infected since last week in China’s capital, a resurgence of infections that has led to the lockdown of several neighborhoods and the cancellation of more than a thousand flights.

China, a very promising market for the industry, last year imported around 23,500 tonnes of Norwegian salmon.

“China is a very important and priority market for us, there is no doubt about it, and it will remain so in the years to come,” Anders Olav Nordoy, spokesman for Norwegian Seafood Center, a public body responsible for promoting the sale of Norwegian fish, told AFP.

“We have no reason to believe that Beijing will necessarily reopen its doors tomorrow,” he added.

Shares in salmon producers, who have previously suffered from the diplomatic spat between Beijing and Oslo over the award of the Nobel Peace Prize to Chinese dissident Liu Xiaobo in 2010, were boosted by the latest news.

Shares in Mowi, the world’s leading salmon producer, were up around four percent on the Oslo stock exchange.