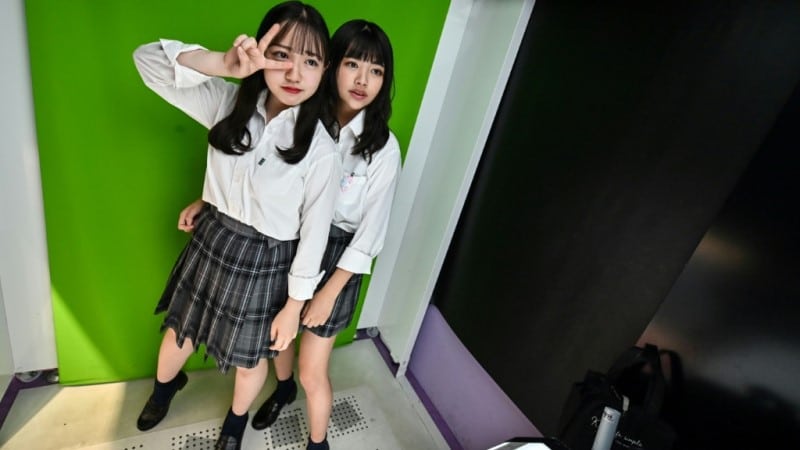 A pair of Japanese schoolgirls primp their hair before a long mirror, preparing for the perfect shot. But they are not taking a smartphone selfie, they are using a “purikura” photo booth.

Old-style photo booths have staged something of a comeback in parts of the world in recent years, for their nostalgic value in the smartphone era. But the purikura — an abbreviation of the Japanese pronunciation of “print club” — offers much more than a simple strip of passport photos.

Featuring a dizzying array of retouches, enhancements and adornments, they remain hugely popular 25 years after they debuted in Japan, particularly with teenage girls and young women enamored of their “kawaii” or cute output.

And despite the competition from smartphones and increasingly sophisticated retouching apps, at least one Japanese firm is banking on the purikura’s enduring appeal and rolling out a new model this year. 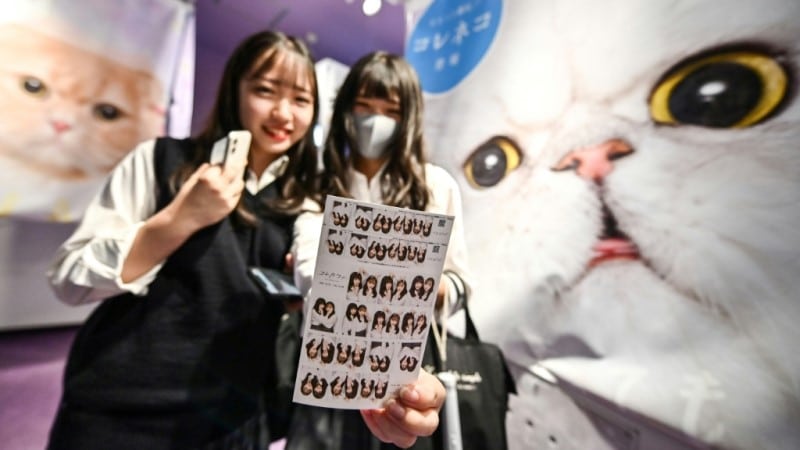 Nonoka Yamada, 17, has been a purikura fan for almost a decade and told AFP she and friends use them several times a week.

“All the girls in my class take purikura,” she said as she prepped for her picture at a department store in Tokyo’s Shibuya district.

“The first time I used one I was eight, and the camera lens was too high so I had to stand on my tiptoes,” she laughed.

Purikura offer more than a simple smartphone selfie, she added.

“It lets you make yourself look cute, you can change your face,” she said.

“I want to put the pictures on Instagram… the images are good-quality with good lighting.” 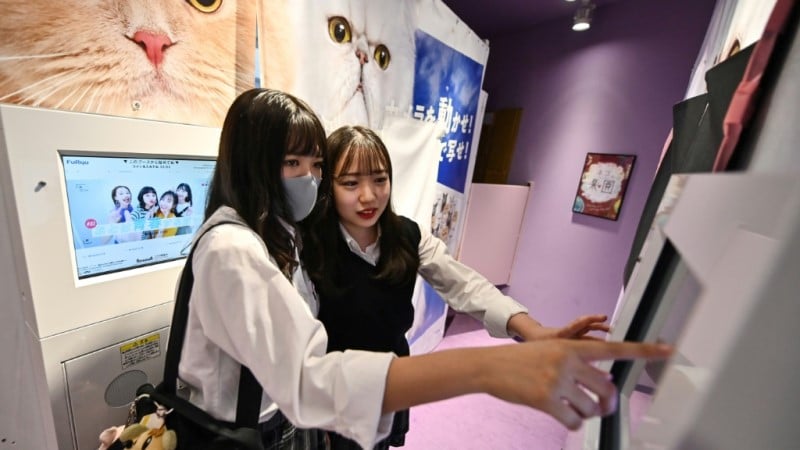 The booths feature a dizzying array of retouches, enhancements and adornments

The first purikura was the brainchild of Japanese firm Atlus, which launched the product in partnership with Sega in July 1995.

The booths quickly became a popular feature at Japanese gaming arcades, where long lines of schoolgirls waiting to have their photos taken transformed the previously male-dominated arcade customer base.

Other companies quickly jumped into the market, which by 1997 was worth more than $950 million a year.

But the selfie era took a toll, with users increasingly able to take and retouch photos for free with their phones, rather than paying about 400 yen ($3.80) for a sheet of generally around 16 photos.

Some manufacturers went under, while others abandoned the purikura business for more profitable ventures.

“In 1997 we launched our first machine using Omron technology, which offered caricature faces. It was a total flop,” admitted Furyu spokeswoman Yuki Hikita.

“It had nothing to do with what young girls wanted, probably because it was developed by middle-aged men.”

The company began consulting customers directly and credits focus-grouping with its longevity.

And while the booths are less pervasive these days, they remain popular — a Furyu phone app for receiving purikura photos had 19 million registered users in March. 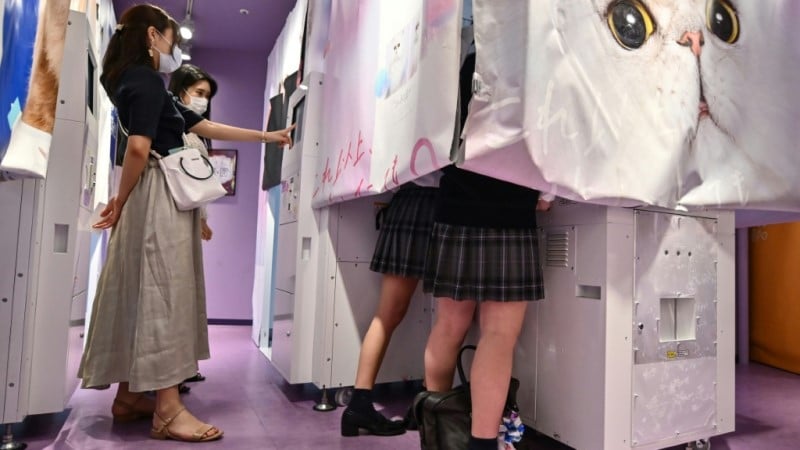 Yuka Kubo, an independent researcher who studies the purikura phenomenon, has traced how the booths evolved over time.

“That was the start of the fashion for enormous eyes,” said Kubo, referring to a popular feature giving customers the doe-eyed gaze of anime characters.

“It started a competition between manufacturers, driven by demand from girls, over who could offer the biggest eyes,” she said.

In recent years retouching options have become more sophisticated, offering tints and shades to give the appearance of perfect skin or a slimmer face.

And while smartphones and apps offer retouching features, Hikita said there was still room for purikura.

“To take a good selfie with a phone, you need a bit of skill,” she said.

With purikura, “everything is automatic, with professional equipment and lighting, like a studio photo”.

The coronavirus pandemic has meant new measures to keep customers safe, including disinfectant at every booth, but it has not kept fans away.

“Customers are already coming back, much faster than we’d expected,” Hikita said.

And in a sign of the sector’s enduring appeal, Sega announced this month that — more than two decades since it launched the first model — it would introduce a new version later this year, with the goal of “spreading purikura culture”.