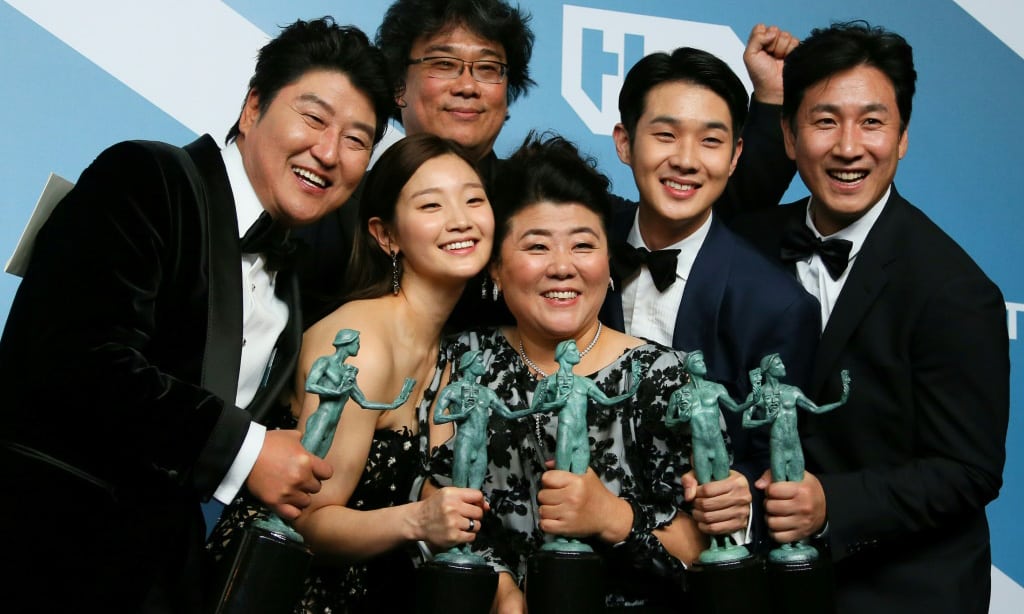 The critical smash hit film overcame the language barrier to win outstanding performance by a cast in a motion picture, the SAG equivalent of a best film Academy Award.

Director Bong Joon-Ho admitted that “it is true that the momentum is building” for the Oscars.

The film, which merges comedy, drama and horror genres, follows a poor family as it infiltrates a wealthier household, and tackles the widening class gulf.

“Although the title is ‘Parasite,’ I think the film is about coexistence and how we can all live together,” said star Song Kang-ho, collecting the award.

The much-hyped movie had missed out on main prizes at the Golden Globes and Saturday’s Producers Guild Awards.

It beat “Bombshell”, “The Irishman”, “Jojo Rabbit” and “Once Upon a Time… in Hollywood” at the star-studded ceremony in Los Angeles.

In contrast to the stunning victory for “Parasite”, the four Oscars acting favorites all cemented their frontrunner statuses by piling on further trophies. 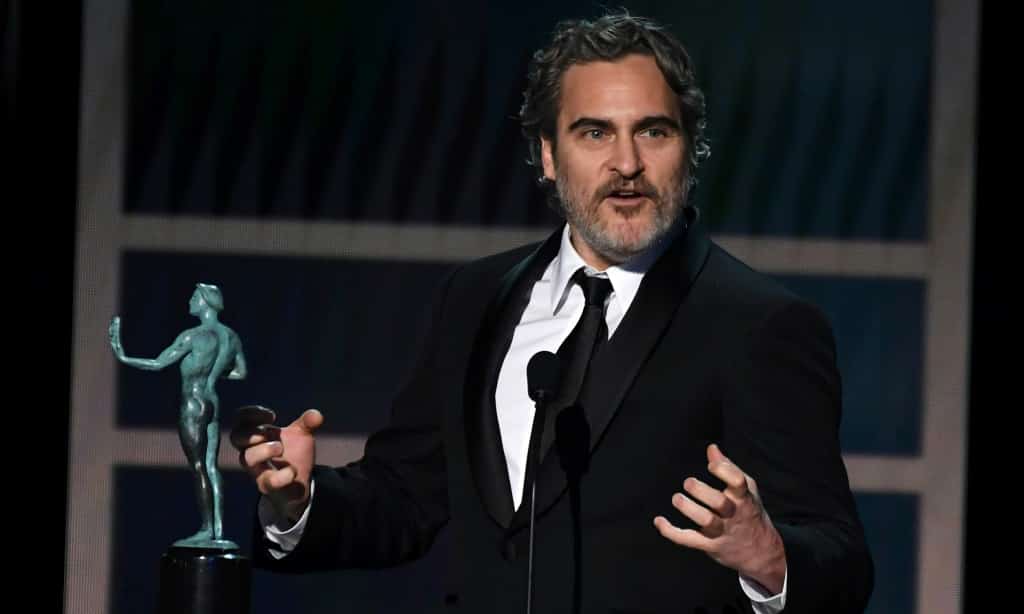 He said he was “standing here on the shoulders of my favorite actor Heath Ledger,” who posthumously won an Oscar playing the same character in 2008’s “The Dark Knight”.

Zellweger praised her “extraordinary sisters” in the acting community — in a year during which controversy over Hollywood’s female representation has raged. 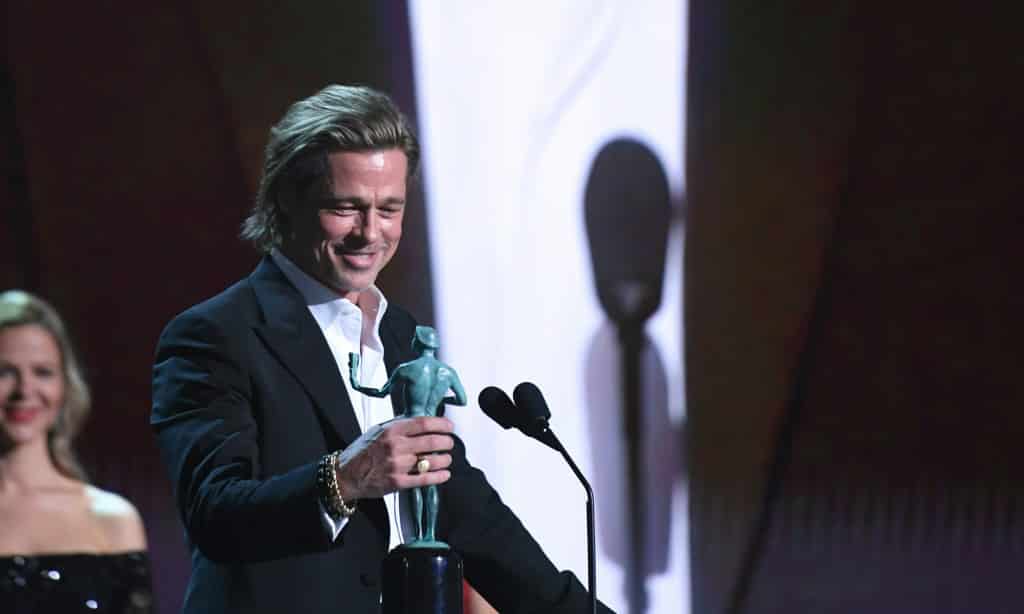 US actor Brad Pitt joked that his role — “a guy who gets high, takes his shirt off and doesn’t get along with his wife — was a stretch for him

Oscar favorite Brad Pitt added another supporting actor gong for playing an ageing stuntman in Quentin Tarantino’s “Once Upon a Time… in Hollywood”.

“Let’s be honest, it was a difficult part — a guy who gets high, takes his shirt off and doesn’t get along with his wife,” said Pitt.

“It was a big stretch,” he joked to an audience that included his first wife Jennifer Aniston.

And Laura Dern added a further supporting actress movie awards for her portrayal of a feisty divorce lawyer in “Marriage Story”.

“I’m grateful we could get the cast we wanted, and Marty (Scorsese) directing us,” he told AFP of the crime epic, which was more than a decade in the making.

“We got to a point where everybody made themselves available — that’s one of the reasons it took so long to get it done… We’ll see what happens (at the Oscars).” 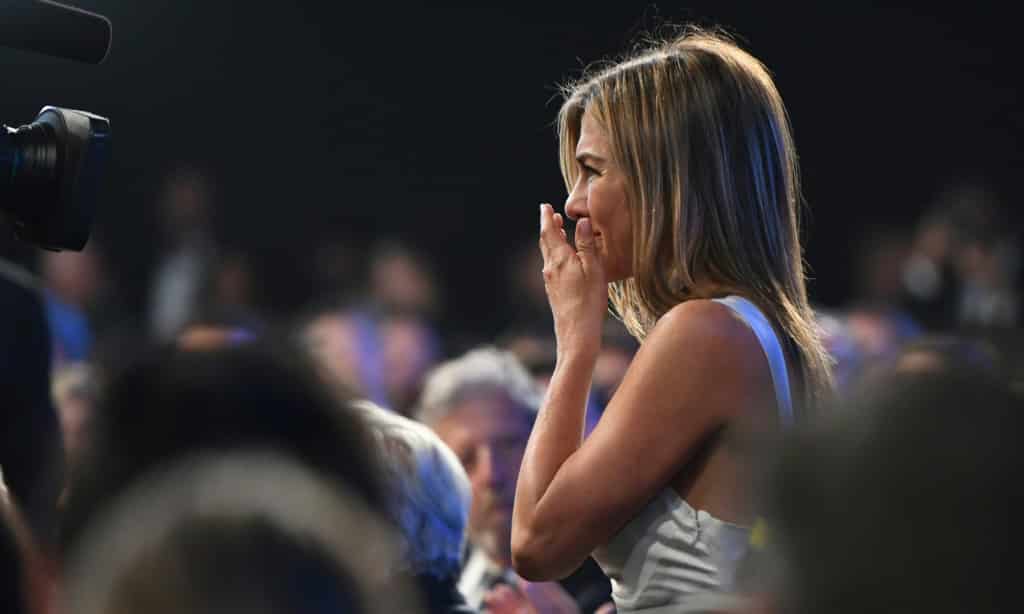 The awards also honor television, where Aniston won for best actress in a drama. She plays a news anchor whose co-star is accused of sexual harassment in Apple TV+’s #MeToo series “The Morning Show”.

But the fantasy series — whose final season was widely derided — missed out on the ensemble honor to Netflix’s royal drama “The Crown”.

Phoebe Waller-Bridge added to her bulging trophy cabinet with best actress in a comedy.

But awards juggernaut “Fleabag” surprisingly missed out on the ensemble prize to last year’s winner “The Marvelous Mrs Maisel”, for which Tony Shalhoub won best actor.

The SAG awards are the second major showpiece in Tinseltown’s glittering awards season, which climaxes with the Academy Awards on February 9.

They are seen as an indicator of Oscars glory, since actors represent the largest branch of the roughly 10,000 voters for the Academy of Motion Picture Arts and Sciences.

World War I thriller “1917”, an Oscars favorite featuring two largely unknown stars, did not feature on a night when the prizes honor — and are chosen by — actors.