Dummy police are the newest recruits to law enforcement in India's southern city of Bangalore where authorities have adopted an unusual tactic to fight traffic offenders.

Mannequins dressed up as traffic officers — complete with hats, white shirts and fluorescent vests with police insignia — are being placed at major intersections in the hope they will prompt drivers to observe the rules.

Some even wear sunglasses and face masks.

With eight million cars plying the notoriously busy roads in a tech hub renowned for its traffic snarls, police say they don’t have enough flesh and blood officers to man all the junctions.

“The idea is not to scare anybody, the idea is to increase the compliance,” city police commissioner Bhaskar Rao told AFP. 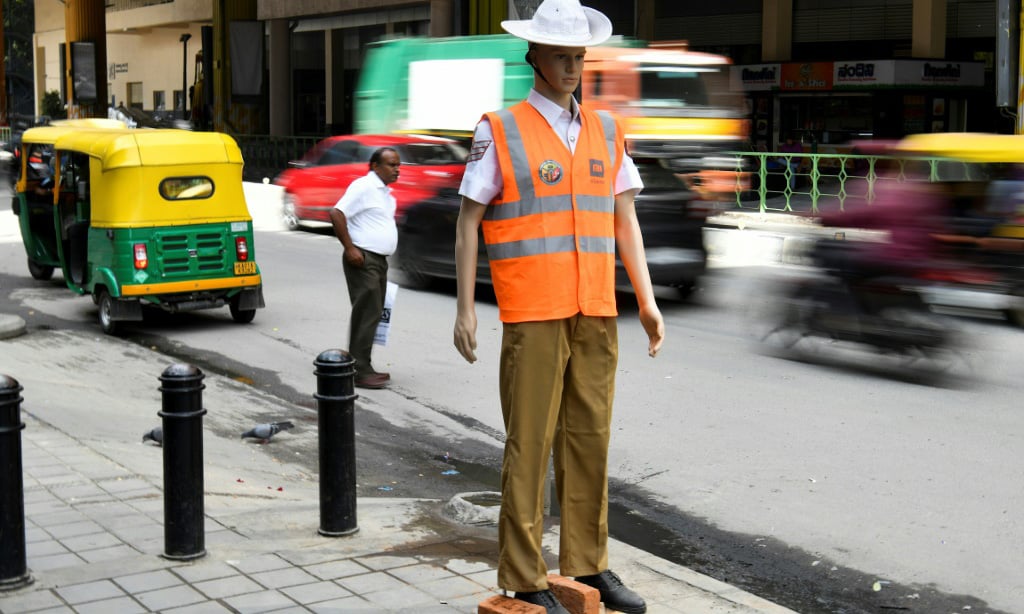 Model officer: police in the Indian city of Bangalore are hoping the dummies will deter traffic offenders

“There are 44,000 junctions in the city but traffic lights are fixed in (only) about 450 junctions, the rest of it is manned manually or not managed at all.”

He added that officers use a “hide and seek” tactic — swapping the mannequins with actual police — to keep drivers on their best behavior.

Bangalore, dubbed as the Silicon Valley of India, is home to an estimated 13 million people.

An average of two people die every day on the roads of the megalopolis with 4,283 crashes reported from January to November this year, many blamed on drink-driving, speeding and drivers ignoring traffic signals. 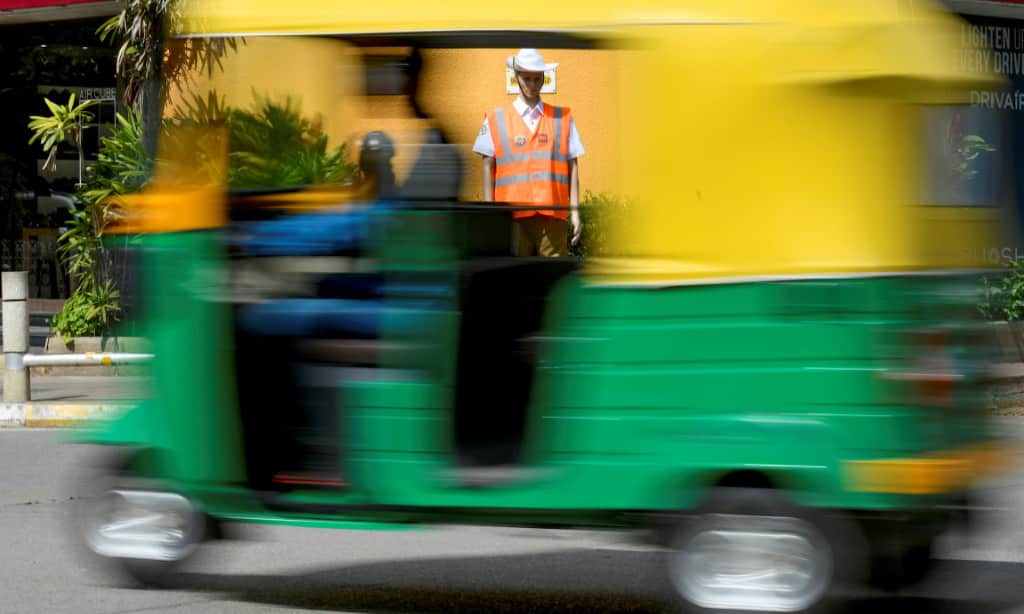 There were 50,457 cases of reckless driving and another 57,394 for drink-driving this year, official figures show.

The model officers have received a mixed reaction from commuters about whether the dummy ploy would work, with some locals praising police for thinking outside the box.

“It’s a general human mentality that when you see a policeman, you have fear in your heart, ‘Oh I am doing something wrong, I will not do it’,” said clothing company director Vijay Shekhar.

Others were more skeptical.

Businessman Rohit Kamalkar said the scheme wouldn’t work in a country like India where rules are flouted with impunity.

“We do not follow rules even when they (police) are real (so) how would it work when they are not moving and running after us?,” tech consultant Sapan Agarwal added.

TO ACCOMPANY PHOTOS BY MANJUNATH KIRAN/afp