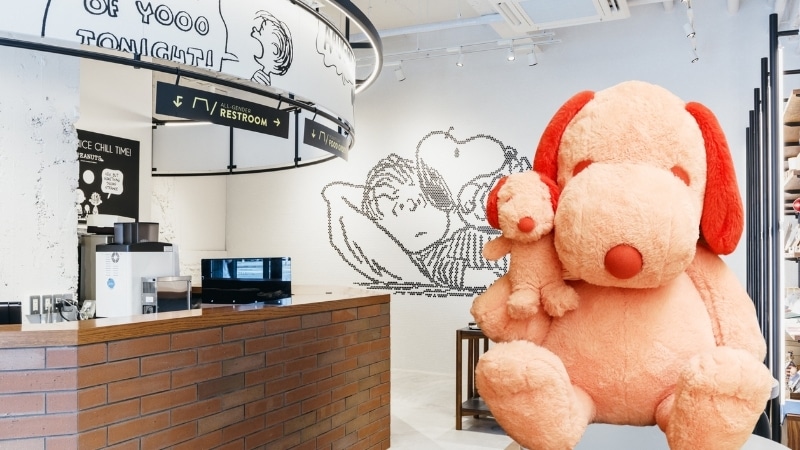 Japan’s Peanuts Hotel has become one of the must-visit destinations for the fans of the comic. Now in its 2nd year, the hotel brought back its popular pink Snoopy toy which was a hit last year.

Feeling blue and looking for someone to hug? If you’re a fan of Peanuts, then we’ve got the perfect hug buddy for you. Japan’s Peanuts Hotel is celebrating its second year and they’ve prepared the perfect treat for their customers – a huge pink Snoopy stuffed toy.

The Snoopy toy will be sold in two different sizes starting on September 4. One size is 12 cm and perfectly fits the palm of your hand. It also comes with a keychain, making it the perfect accessory to your bag.

The larger toy is 38 cm and is bigger than last year’s release. Since it’s large and fluffy, you can put it on your bed or couch. If you’re feeling sad, you can definitely hug it.

A Paradise for Peanuts Fans

This is the first-ever Snoopy-themed hotel in Japan. Its philosophy is based on a line from the comic “It’s nice to have a home where your guests feel comfortable.” Although this hotel located in Kobe City is built for Snoopy fans, non-fans will surely appreciate its amazing interior and design.

Around the hotel, you can see all your favorite Peanuts characters, but there’s no denying Snoopy is its ultimate star. Since opening in 2018, the hotel has served countless guests. The three-floor establishment has 18 beautiful rooms, and each floor follows a theme that includes “love”, “happy,” and “imagine.” On its sixth floor, which follows the theme “love,” there is a special guest room that boasts a terrace where there are plants arranged by Mr. Nishihata, a famous plant hunter.

Each room is also designed based on a character. Even the tea, utensils, and drinking water of the guests were exclusively designed to showcase the comics. Their conditioner and shampoo bottles even have an adorable Snoopy drawing.

The rooms range from $320 to $395 a night. All rooms also have a tablet that guests can use to check out Peanuts animated videos, details about the Hotel, as well as tourist information about Kobe.

However, you don’t have to pay for a night at the Peanuts Hotel to enjoy it. You can also check out the Peanuts Café Kobe located on its first floor. The coffee shop has a very homey atmosphere and serves house specials like peanut butter milkshakes that are perfect when paired with cookies. Aside from the café, fans can also enjoy delectable local dishes at the Peanuts Diner Kobe located on the third floor.

If staying in the hotel is not enough for you, you can also purchase other Peanuts gift items such as glasses, aromas, hats, and towels. The hotel has its own gift shop that offers an incredible selection of original items as well.

The Influence of Peanuts

It turns out, Kobe is the best place to house the unique hotel since its vibe is very similar to Santa Rosa, California, where Charles M. Schulz, the visionary behind Peanuts, worked for three decades.

Peanuts is one of the most iconic comics ever made. Its success suggests that both adults and children can relate to its brilliant ideas and stories about friendship, love, and the philosophy of life.

First published in 1950 in seven newspapers, Snoopy and Charlie Brown have become two of the most popular icons in pop culture. Its influence is well-documented in social media, park attractions, cultural events, and digital media.

Fans who want to experience the hotel for themselves can access Kobe from two major cities, Kyoto and Osaka. But if you can’t fly to Japan, you can just get your popcorn ready and check out the Snoopy in Space series, or the other animation works inspired by the comics.