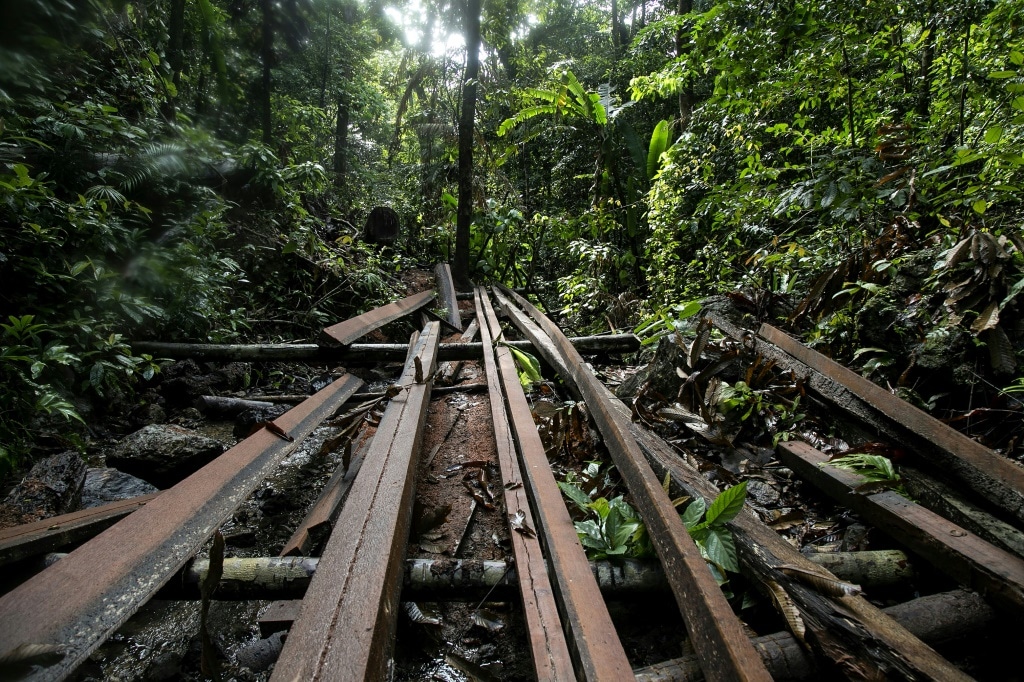 An illegal logging site discovered by Philippine environmental defenders near the tourist town of El Nido, on Palawan island

The Philippines was the deadliest country in Asia for land and environmental defenders again last year while slipping to second most dangerous in the world behind Colombia, a watchdog said Wednesday.

A total of 43 defenders were killed in the archipelago — the vast majority on the fertile and resource-rich islands of Mindanao and Negros — compared with 30 in 2018, Global Witness said in a report.

Nearly half of the killings recorded since President Rodrigo Duterte took power in 2016 have been linked to the armed forces or paramilitary groups, it said.

Who is Being Killed?

Indigenous leaders, farmers and state employees charged with protecting the environment were among the victims.

More than half the deaths were related to agribusiness, Global Witness said. Sixteen killings were linked to mining — the highest in the world.

Nearly half of those killed lived on Mindanao, where the army has long maintained a heavy presence in the fight against communist and Muslim insurgents.

The island was under martial law until the end of last year.

Large numbers of defenders were also killed on Negros, a sugar-producing island in the central Philippines that is also heavily militarized and where activists have long campaigned for land reform to reduce inequality and poverty.

“Defenders living in Mindanao and Negros made up almost 90 percent of land and environmental activists killed in the country in 2019,” the report said.

Kaylo Bontolan, a leader of the Manobo tribe on Mindanao, was among them.

He was killed in a military airstrike in April last year when he returned to his mountain home to help document violence against fellow tribe members.

“Like Datu Kaylo, many of those killed were indigenous people asserting their right to self-determination and their ancestral lands,” the report said.

The impact of climate change has dialled up the pressure on defenders as they seek to protect indigenous land rights and stop commercial loggers and miners destroying pristine rainforests and polluting the environment.

While Duterte’s government has acknowledged the environmental threats to the country, the reality is “business as usual”, it said.

“Large companies, influential politicians and established landowners continue to make money with brazen disregard for the rights and wellbeing of local communities, and the lives of activists,” the report said.

An example, it noted, was the planned China-backed construction of an $800 million hydropower dam on indigenous land in Mindanao that will displace more than 700 households, who say they were not consulted.

Is it More Dangerous Under Duterte?

The report says 119 defenders were killed during Duterte’s first three years in office — almost twice the number compared with the three years before he took power.

While defenders have long faced deadly reprisals for their efforts, Global Witness said the Duterte administration’s “relentless vilification” of them and widespread impunity for offenders could be driving the increase.

The report highlighted the practice of “red-tagging” activists and environmental groups — accusing them of being rebels or communist sympathizers — which it said was part of a broader global trend to delegitimize communities’ concerns.

A new anti-terrorism law that gives security forces sweeping powers to go after groups or individuals could put government critics, including defenders, at risk of prosecution, it added.