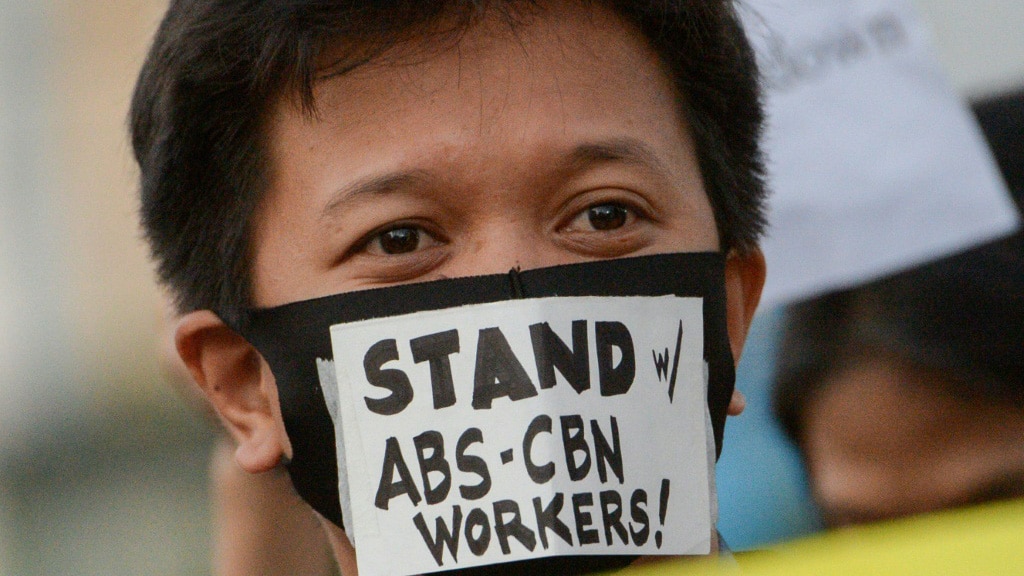 ABS-CBN, the top broadcaster in the Philippines, has been ordered off the air, sparking fears about press freedom

The Philippines’ top broadcaster ABS-CBN was forced off-air on Tuesday over a stalled operating license renewal, drawing fresh accusations that the authorities are cracking down on press freedom.

Since running afoul of President Rodrigo Duterte in 2016, ABS-CBN has seen proposals to extend its franchise languish in Congress as he repeatedly attacked the conglomerate in speeches.

Duterte is notorious for tangling with media outlets critical of his policies, sparking concern that press freedoms have been eroded.

“It’s painful for us that we are being shut down, but it’s also painful for millions of our countrymen who believe that our service is important to them,” chairman Mark Lopez told viewers just before the main channel went dark. 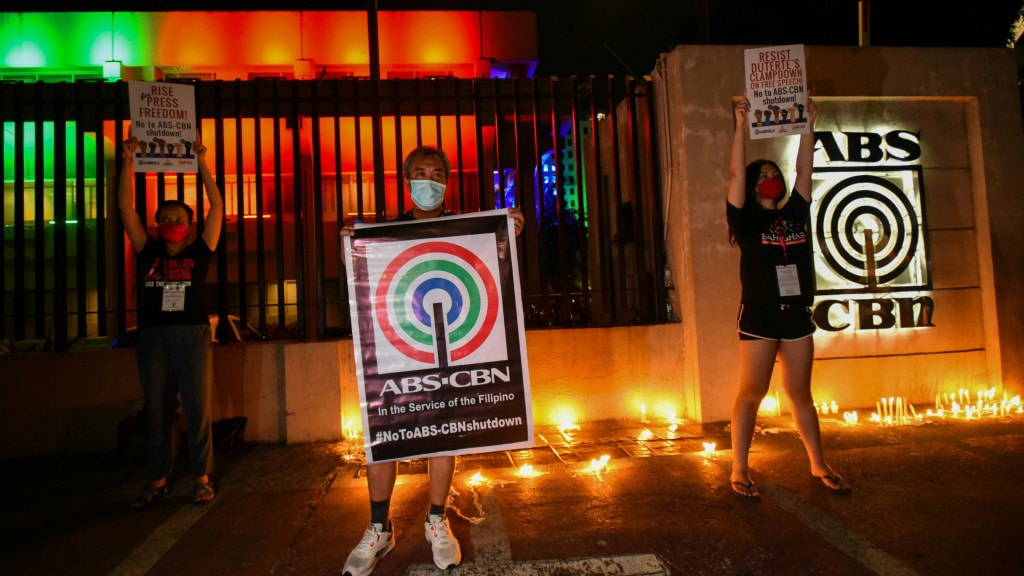 Outside ABS-CBN’s broadcast compound, a handful of supporters waved placards against a backdrop of burning candles

Outside the company’s broadcast compound, a handful of supporters waved placards against a backdrop of burning candles.

ABS-CBN’s 25-year licence expired on Monday, but officials had previously given assurances the radio, TV and internet giant would be allowed to operate provisionally.

However, the National Telecommunications Commission’s cease-and-desist order on Tuesday cited the expiration and said the outfit’s operators would have to appeal for a return to the airwaves.

Early in his term, Duterte accused the network of failing to broadcast his 2016 campaign advertisements and not returning the payments made for them. 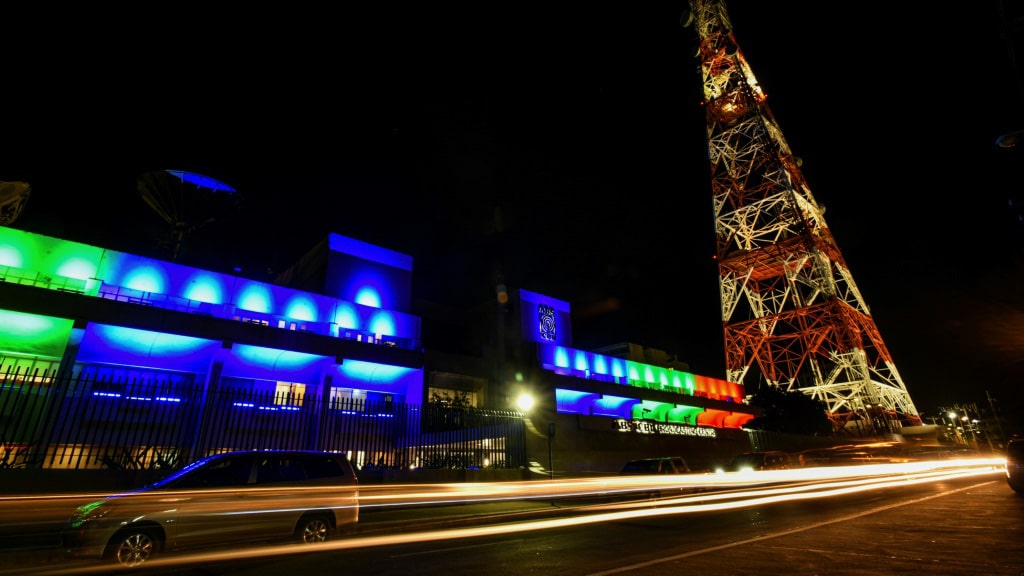 The 25-year license of ABS-CBN, whose network headquarters is seen in Manila’s Quezon City, expired on May 4, 2020, but officials had previously given assurances the radio, TV and internet goliath would be allowed to operate provisionally

Rights and press freedom groups said the shutdown order was an assault on the right to free speech, as the conglomerate broadcasts news coverage watched by millions daily.

The shutdown also comes with the nation battling to contain the coronavirus pandemic and an accompanying flood of online disinformation.

“This is a very serious blow to press freedom in the Philippines,” said Carlos Conde of Human Rights Watch. “It’s hard to think that Duterte doesn’t have anything to do with this.”

Amnesty International’s Butch Olano said the move was “especially reckless as the country deals with the COVID-19 pandemic”.

“This is a dark day for media freedom in the Philippines, reminiscent of martial law when the dictatorship seized control over news agencies.”

For Daniel Bastard, the head of the Asia-Pacific desk for Reporters Without Borders, the loss of ABS-CBN would reduce media pluralism “to the point of recalling the worst period of the Ferdinand Marcos dictatorship and signaling the end of democracy in the Philippines.”

It had appeared the broadcaster would get its renewal after publicly apologizing to Duterte earlier this year.

Although the Supreme Court has yet to rule on the case, Calida warned it would be unlawful for the broadcaster to operate after its license expired.

Both Rappler and ABS-CBN are accused of violating a constitutional ban on foreign ownership of mass media outlets, allegations they deny.

The Philippines is ranked 136th out of 180 countries in RSF’s 2020 World Press Freedom Index.