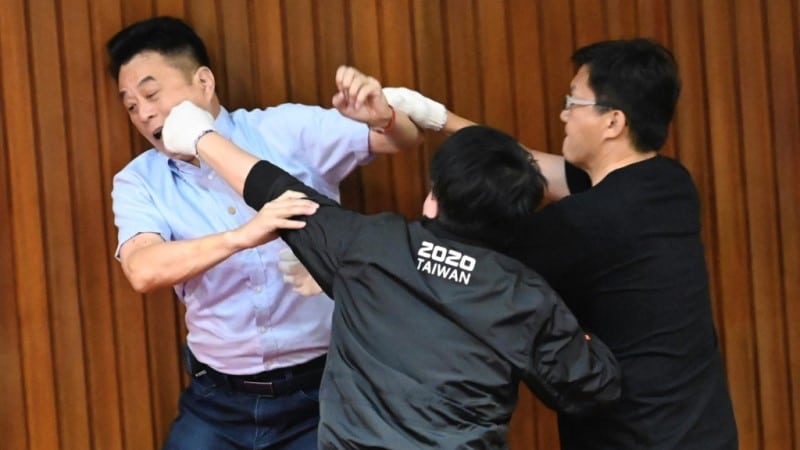 Taiwanese lawmakers threw punches and water balloons inside the legislature on Friday, the third parliamentary brawl in a fortnight, over the nomination of the head of a top government watchdog.

A legislator from the ruling Democratic Progressive Party (DPP) was caught on camera punching an opposition party member during a vote on nominee Chen Chu.

The parliament in Taipei was once notorious for mass brawls, and has been the scene of frequent protests. 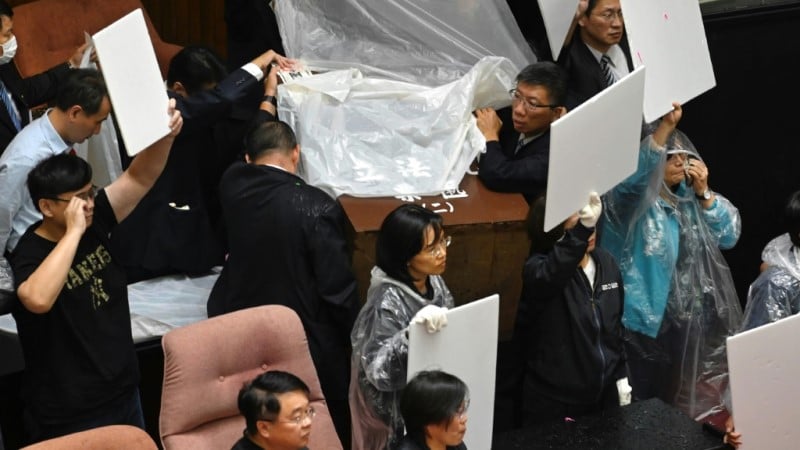 Such confrontations had since subsided, but in the last fortnight they have returned with abandon over the decision to nominate Chen, 70, to head the Control Yuan, an investigatory agency that monitors the other branches of government.

The KMT is opposed to her appointment, which requires approval from the DPP-dominated parliament.

The party also claimed that 24 out of 27 people nominated for membership of the Control Yuan have close ties with the DPP in the “worst ever” nomination list for the agency. 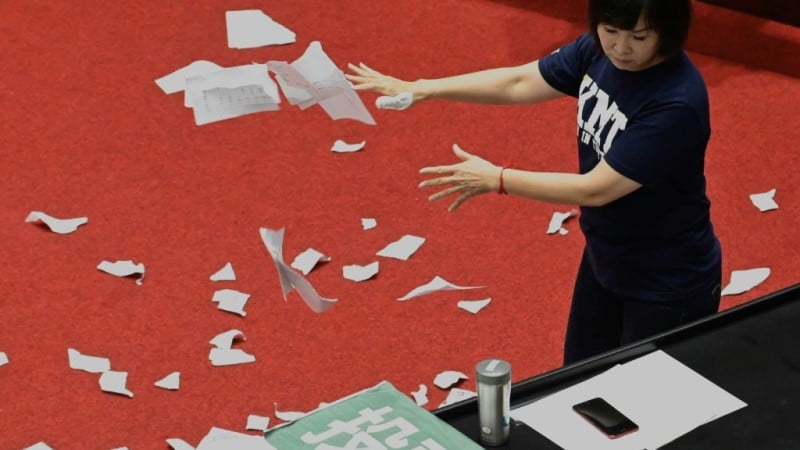 “We demand a new review and we demand the nominations be withdrawn,” KMT chairman Johnny Chiang told supporters gathered outside the Control Yuan building, also in the capital. 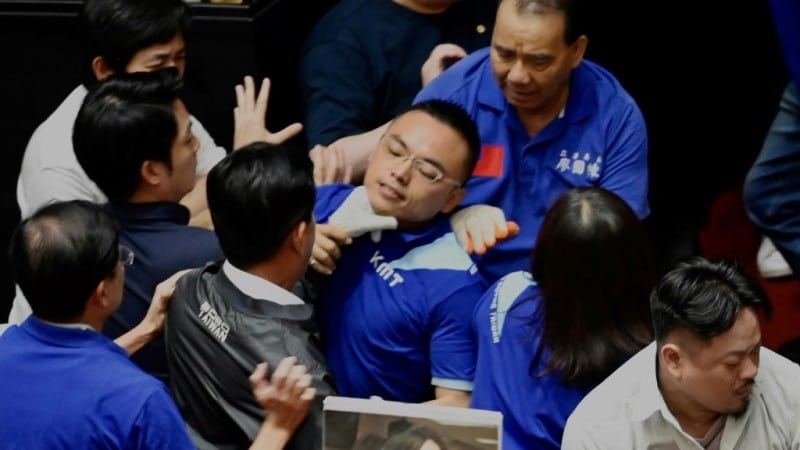 Legislators brawl in the chamber

Chen is a long-time human rights advocate and was jailed for six years when Taiwan was a dictatorship under the KMT.

Despite the morning’s melee, voting went ahead and Chen’s nomination was approved. 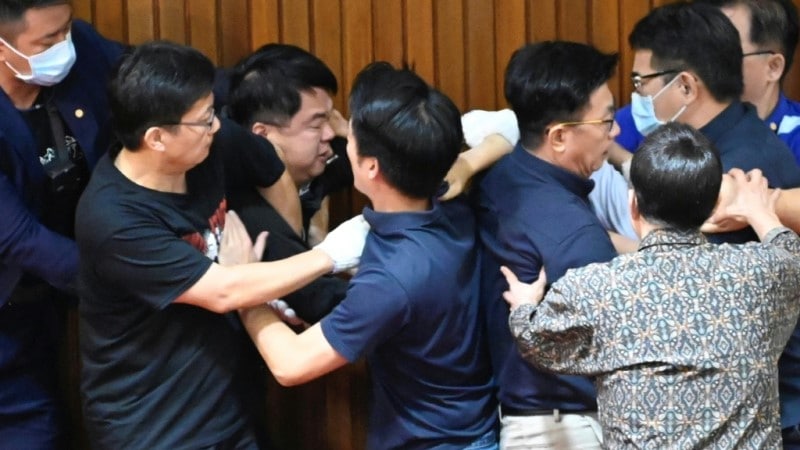 Scenes of parliamentary confrontation had subsided in recent years, before the most recent outbreak

She has said she will quit the DPP after her nomination is approved, to maintain the impartiality of the position, and accused the opposition of smearing her with unfounded accusations.