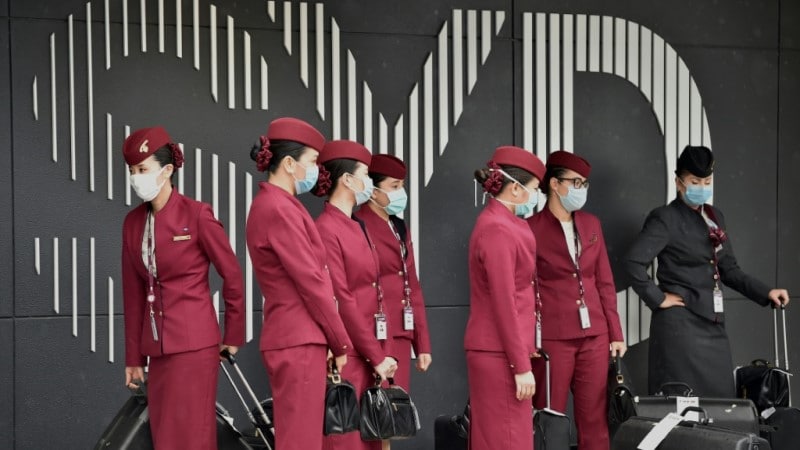 Qatar Airways crew prepare to enter Sydney international airport to fly a repatriation flight back to France on April 2, 2020, amid the coronavirus pandemic

Revelations that passengers flying through Doha were forced to endure vaginal inspections have upended Qatar’s efforts to boost its reputation before the Gulf state hosts World Cup 2022, experts say.

Officers marched women off a Sydney-bound Qatar Airways flight earlier this month and forced them to undergo intimate examinations after a newborn baby was found abandoned in an airport bathroom.

The incident sparked a diplomatic row between Australia and Qatar and comes as a setback for the gas-rich emirate, which has worked extensively to grow its soft power.

Doha has invested heavily in its airline, Al-Jazeera broadcaster and social projects that include women’s health and educational initiatives. 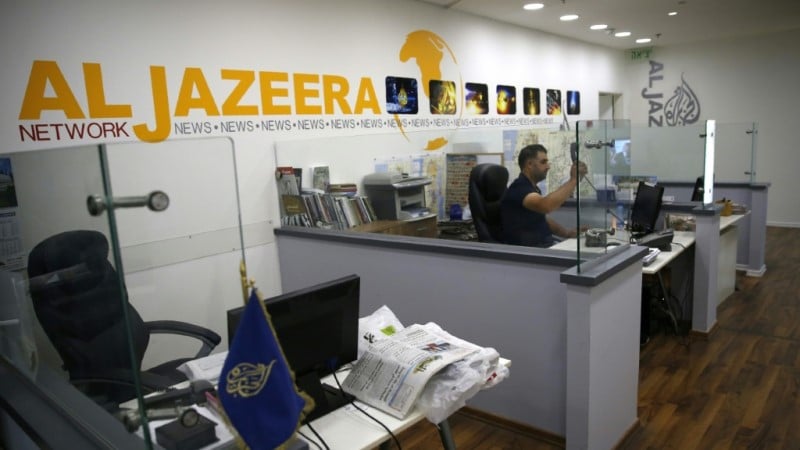 World Cup 2022 host Qatar has struggled to reassure critics that its promises on women’s rights, labor relations and democracy are credible

But the conservative Muslim monarchy, where sex and childbirth out of wedlock are still punishable by jail, has struggled to reassure critics that its promises on women’s rights, labor relations and democracy are credible.

Mark Gell, founder of Sydney-based consultancy Reputation Edge, said “it could get out of hand from a reputational point of view for the airline”, the state-run Qatar Airways.

“Was it the airline’s responsibility? We don’t know. But absolutely it could impact their business,” he told AFP.

“If I shared this with my wife, I’m sure she’d turn around and say ‘I’m never going through there again’.”

Australia is a particularly important market for the carrier, which before the coronavirus pandemic served six cities Down Under and promoted repatriation flights for stranded nationals when other airlines grounded their fleets.

“It’s a shocking move from a country that has spent billions of state funds on attempting to convey perceptions of a more liberal Gulf state,” she said.

But it is sport on which Qatar has staked its reputation, winning not just the 2022 World Cup and bidding for summer Olympics but also pouring cash into developing sport in poorer countries.

Qatar has nonetheless had to contain several public relations crises in recent years linked to its shock victory in the competition to host the 2022 football tournament.

As it began to ramp up construction, rights groups condemned Qatar’s treatment of the hundreds of thousands of migrant labourers recruited from South Asia and other developing countries.

Activists have long called on Qatar to decriminalise “love cases”, women who become pregnant outside of marriage and give birth without the help of medics who are required to report such cases.

Human Rights Watch told AFP Qatar should “examine the policy that led to the event in the first place”.

The ultra-wealthy country of 2.75 million people has also faced scrutiny over LGBT rights, jihadist fundraising, and its overseas military interventions since its 2010 victory in the battle to host the global soccer spectacle.

Qatar’s government has yet to address the airport allegations, despite a furious rebuke by Australia’s Foreign Minister Marise Payne who called the incident “grossly disturbing, offensive (and) concerning”.

Late on Sunday, airport management released a statement claiming that “individuals who had access to the specific area of the airport where the newborn infant was found were asked to assist in the query”.

It gave no details about the procedures they were required to undergo and made no apology for the incident, but said the child was still alive and being cared for.

Gell said it would not be enough for the airport management to downplay the allegations and suggest the women had merely been asked to help trace the abandoned baby’s mother.

“That’s not going to hold up. In fact, that’ll probably inflame it, to suggest that these women have voluntarily done this. I would find that difficult to believe,” he said.

Oliver said she was surprised the response “was so hardline and intransigent”.

“With the World Cup now getting very close, you would expect it to be back-pedalling madly.”

Expatriate women in Doha have reacted with shock and fear to the disclosures.

“I can’t help but think of my daughters if they had been on that plane,” said one expatriate woman living in Doha who declined to be named for fear of retribution.

“It makes me sick. I feel betrayed by the country I call home,” said another.