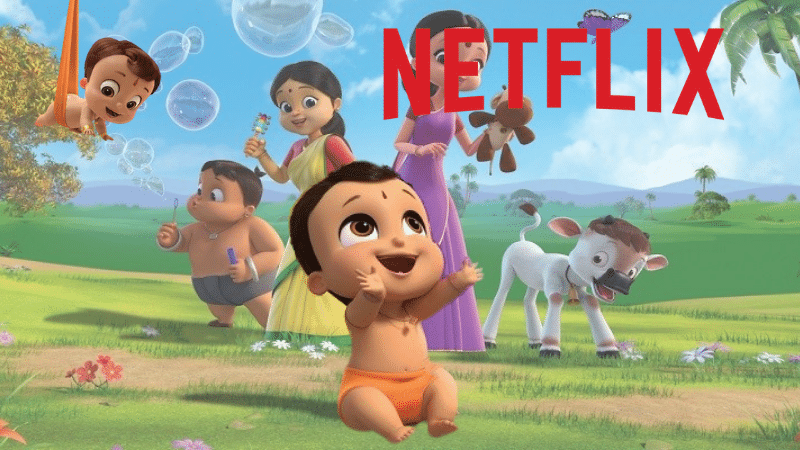 It was a quest worthy of a superhero. Animator Rajiv Chilaka spent years flogging his pitch about a superhuman Indian child to Western executives, to no avail.

But today “Mighty Little Bheem” is a global hit, as viewers seek alternatives to white-dominated storylines.

From his mother’s sari to his love of laddoos, everything about the star toddler is Indian.

His giant fan base stretches from Seattle to Sao Paulo, making it Netflix‘s most popular show for preschoolers. 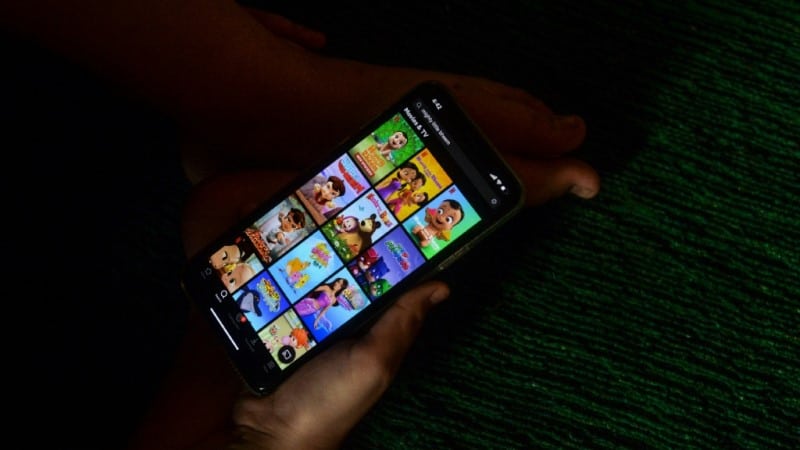 Netflix had long wanted to crack India’s massive entertainment market, and hoped ‘Mighty Little Bheem’ would help to do just that

Since its launch last year, it has been seen by more than 27 million households. It was Netflix’s top international release of 2019 in the United States, and a third season is now underway.

But the nappy-wearing superhero’s journey from the southern Indian city of Hyderabad to Hollywood was not easy.

“I was thrown out of every office I went to,” said Chilaka, who originally approached US television channels with the hope of taking “Chhota Bheem” (“Little Bheem”) – his popular Indian show about a nine-year-old village boy with superhuman strength – global.

TV executives demurred, claiming children in the West would reject it because the setting was “too bright and colorful” and the protagonist was shirtless, Chilaka said.

“It didn’t really make sense to me. I mean, kids are drawn to color and Disney made ‘Jungle Book’ — a whole movie about a boy in his underwear — years ago,” he said.

Although US studios regularly approach Indian animators to create English-language content at a lower price, the industry had never won acclaim for original productions.

The streaming giant wanted to crack India‘s massive entertainment market, and hoped a Bheem spin-off based on a baby version of Chilaka’s beloved superhero would help to do just that. 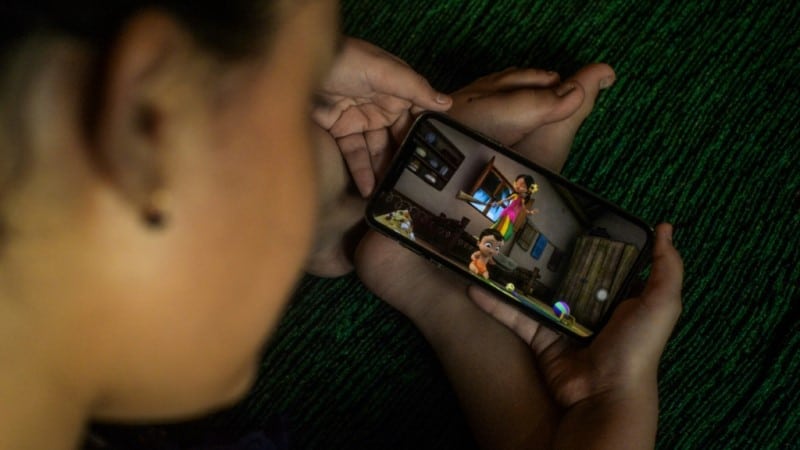 “We really wanted to have a character that resonated for, first and foremost, our Indian members,” Dominique Bazay, director of original animation for Netflix, told AFP.

There was no question of Westernising the content, she said.

Bheem wears a traditional bindi — a dot on the forehead — and lives in a village where everyone is dressed in Indian clothing.

Raised by a single mother, he crawls his way into every kind of mischief, occasionally including a cheeky monkey and baby elephant in his escapades.

The company was not worried about how the show — which has no dialogue — would translate among overseas viewers, Bazay said.

“Kids are really willing to discover (new things) and their curiosity is boundless,” she said.

Nevertheless, few expected the adventures of Bheem and his furry friends to attract such a huge global audience, as it snapped up fans in the age of “Black Panther” and the growing demand for more diversity in entertainment.

Bheem’s fondness for laddoos — a yellow Indian sweet — was self-evident to them, she said. “It’s just candy.”

Bheem’s antics — from banging his toy drum non-stop to making a mess at home — are instantly hilarious to young viewers.

And for parents seeking a break from traditional kids’ programming and its parade of pink-wearing princesses and white protagonists, the show is an easy way to introduce children to a more multicultural worldview.

Bheem’s single-parent household offers important lessons on how “there is no one right way to have a family”, said Houck.

She and her wife also wanted their mixed-race children to see that “you don’t have to be white to be a superhero”.

For Bheem’s creator Chilaka, the success has been both stunning and sobering.

“When we started work, I was very conscious that this was the first animated show from India to find such a large platform,” the 46-year-old said.

“It was a big load on my shoulders, because I knew it could open doors for others.”

Bheem’s journey from underdog to global phenomenon could prove a game changer for India’s animation industry, he added.

It has already transformed the fortunes of Chilaka’s studio, Green Gold Animation, which has seen its staff numbers shoot up from 25 to around 1,200 people based in India, the US, Singapore and the Philippines.

“We are still pinching ourselves,” Chilaka said, adding that he hopes to produce a movie about the toddler at some point.

“This little kid has turned my life upside down.”