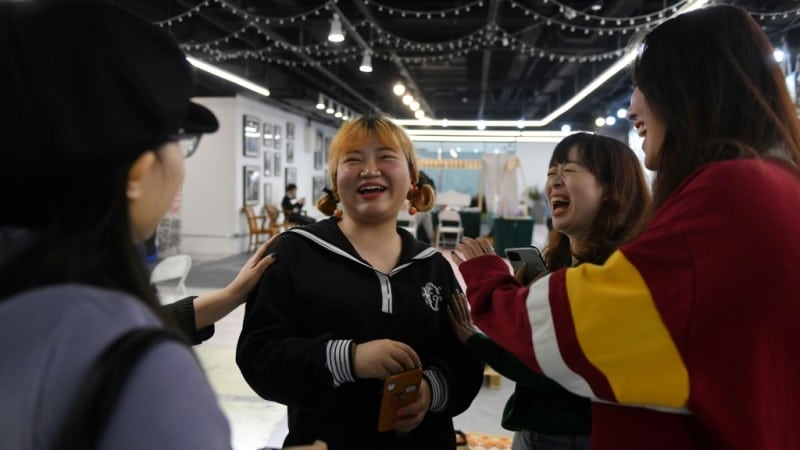 Strutting onstage with well-honed confidence, 23-year-old comedian Qiqi is part of a new wave of young, female stand-up acts in China, crashing into what has always previously been a man’s world.

Her jokes were met with roars of laughter from the well-heeled young professionals watching in a packed Beijing theatre.

“I’ve always liked making people laugh ever since I was small, it gives me a sense of accomplishment,” Qiqi told AFP, using her stage name.

She is among those benefiting from a surge of interest in stand-up in China, thanks to a wildly popular new web series called “Rock & Roast”. 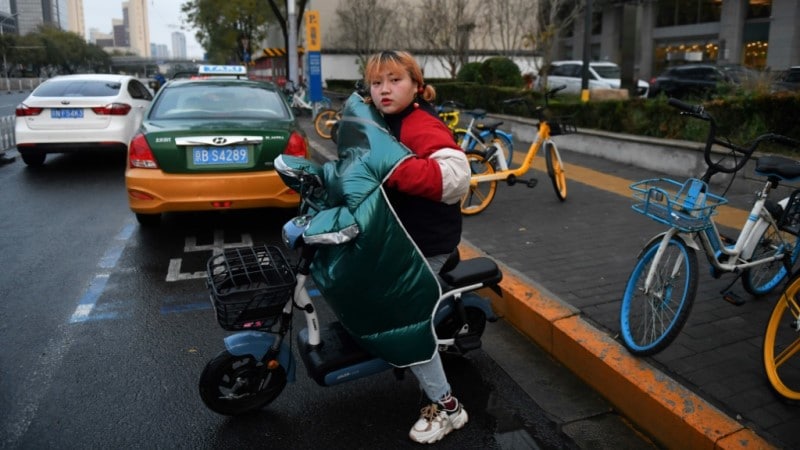 Qiqi’s comedy often draws upon anecdotes from her own life, as well as common Millenial complaints

It racked up hundreds of millions of views this summer, and made viral sensations of several of its female stand-ups — their refreshingly outspoken anecdotes about awkward romantic encounters, body image and annoying male traits clearly striking a chord with audiences.

Young female comedians are gathering fans in China, with Beijing-based Qiqi and Yang Mei among those benefiting from a surge of interest in stand-up pic.twitter.com/4YyyyFYsCg

“My boss can’t even properly describe the tasks he wants me to do,” Qiqi, sporting dyed strawberry blonde pigtails and dangling cherry earrings, riffed to knowing chuckles from the crowd.

“He said, ‘Hey, can you arrange a meeting with so-and-so?’ The person, time and place are all missing. It’s like he expects us to have some kind of telepathic connection!”

Qiqi’s full-time job is at an internet media company, and her sets often draw upon her daily life and common millennial complaints.

She first dabbled in open mic performances three years ago, when stand-up was making its first inroads in China — shows where she says she “had no idea what she was doing”.

But the self-deprecation in her act is something fans are drawn to.

“One of the biggest characteristics of female comedians is that they dare to laugh at themselves,” said one audience member after a recent performance. 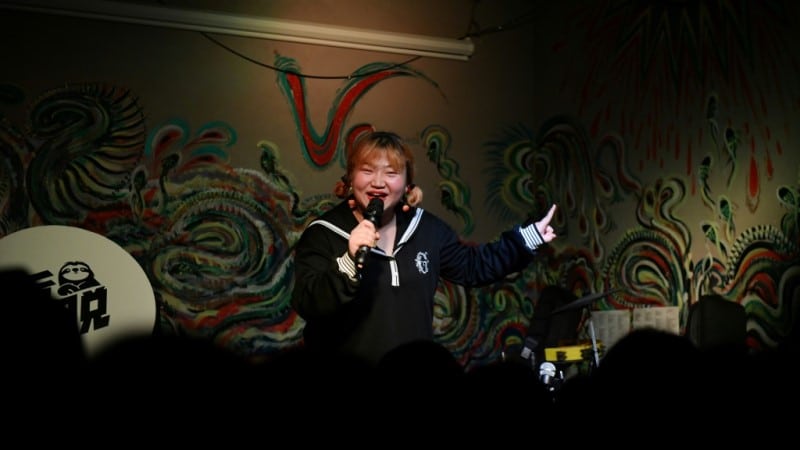 “When I first arrived in Beijing after graduation, I realized Beijing has inherited an age-old traditional northern Chinese culture — swearing,” ran another of Qiqi’s jokes, playing on a trope well-known to her audience — the renowned surliness of the locals.

Recalling her dealings with a foul-mouthed woman who runs a restaurant near her, she gleefully recounted profanity after profanity.

Qiqi says she was once called “vulgar and cheap” for swearing by an online viewer, and argues that women are subjected to more scrutiny than their male counterparts.

She shies away, though, from being labeled a “feminist” — seen as an inherently political term in China.

Yang Mei, another Beijing-based comedian, agrees that audiences “don’t like female comedians swearing but see men swearing as normal, maybe because they think women are supposed to be more obedient.” 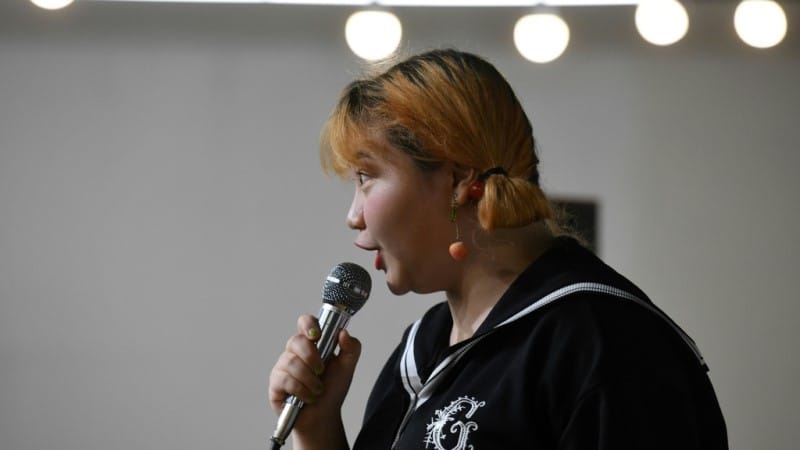 Qiqi has been criticized for her swearing, and female comedians say that with more exposure, they’ve encountered more online abuse

Battle of the Sexes

“I’m wearing a new jumper I bought for the occasion, just in case there are any hot guys in the audience,” she quipped in one of her shows.

“I just had a look around at the male audience members — I think I can probably take it off now.”

She says web-streamed shows like “Rock & Roast” have brought the industry “forward by at least five to ten years”.

However, the increased exposure has also left contestants open to online criticism and abuse. 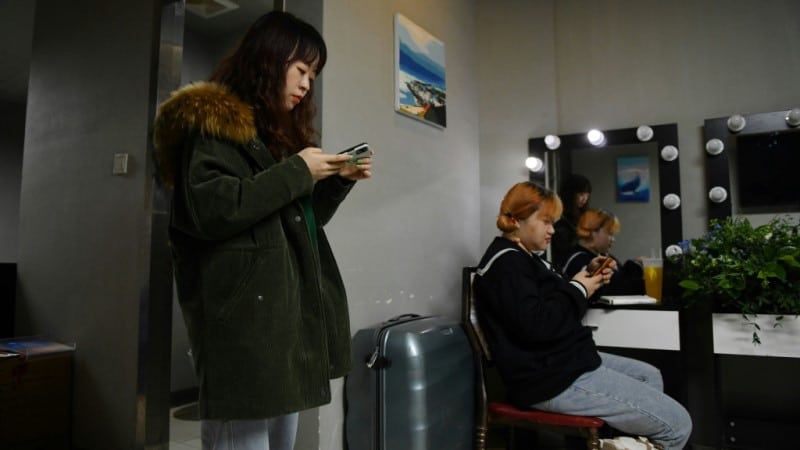 One of the most prominent “Rock & Roast” contestants, Yang Li, gained legions of fans for a much-shared joke asking why men “look so mediocre, but still have so much self-confidence?”

But it prompted an angry backlash online, with a prominent Beijing law professor calling Yang and her fans “pampered little princesses”.

And Yang Mei says she avoids jokes about controversial topics, because people would see it “as if their little sister or nursery school teacher suddenly decided to talk about sex”.

Yang and Qiqi both say overall, shows like “Rock & Roast” have encouraged women to try performing, and boosted their visibility.

“I think women are natural performers, because we’ve been considerate of men’s thoughts and feelings since we were little, but suppress our own,” said Yang.

“But nowadays, there are more and more channels for women to express themselves — including stand-up comedy.”