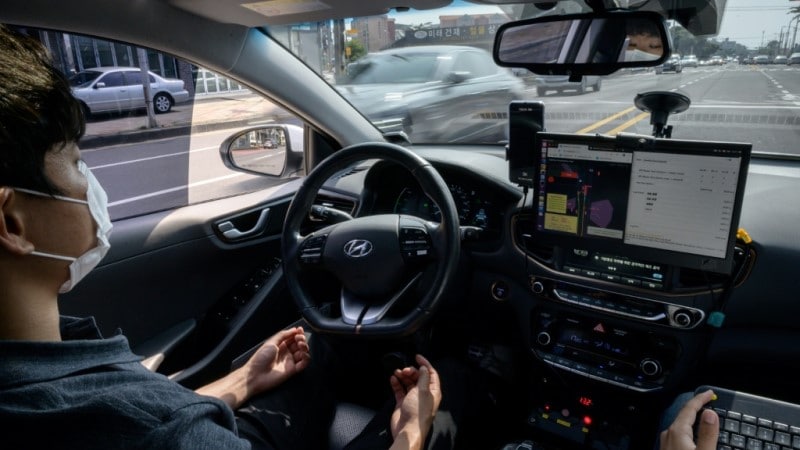 The RideFlux start-up brings together engineers who have given up well-paid jobs with some of the South’s most prestigious firms to try to build a ride-sharing company for the tech-savvy nation.

Their modified Hyundai Ioniq, festooned with cameras and proximity sensors, is the first autonomous vehicle to go into regular service on public roads in the country.

For two weeks it has been shuttling customers from the airport on the tourist island of Jeju to rental company SoCar’s service center.

The five-kilometer (three-mile) route includes a U-turn, 11 pedestrian crossings and bustling airport traffic, meaning it is “laden with potential variables” and an “optimal environment” to develop and improve AI systems, says founder and CEO Park Jung-hee, who holds a doctorate from MIT in mechanical engineering. 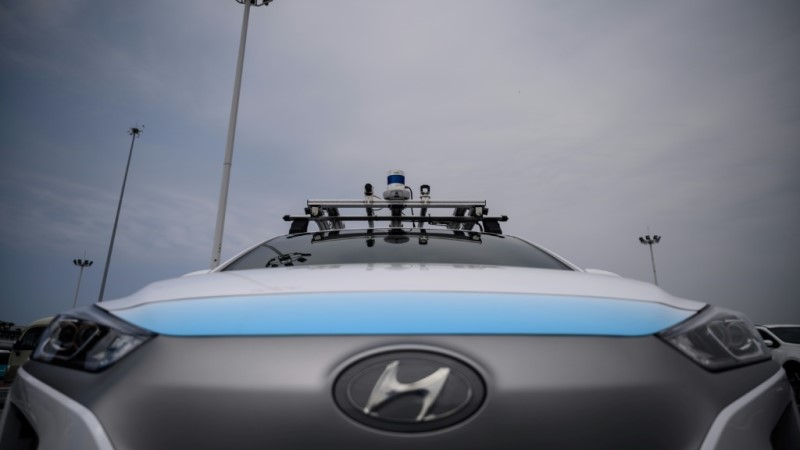 With AFP on board, an irritated taxi driver following behind honked as the all-electric vehicle kept to the speed limit, changed lanes and had the vision to accelerate and overtake another car to ensure it had sufficient space to make a right turn.

A giant monitor in the workshop displayed its progress, relayed in real-time, complete with objects around the car and traffic signs.

For now, under South Korean law a safety driver has to sit behind the wheel, poised to intervene if necessary — they do so at least once a day on average — leaving space for two passengers.

But Park, 35, is looking to accelerate, with plans to offer ride-hailing services using three autonomous cars operating on 400 kilometers of Jeju’s major roads by the end of the year — albeit still with a safety driver.

“Our aim is to put self-driving cars without safety drivers operating in all parts of Jeju in the next five years,” he said.

Despite its trade-dependent economy, South Korea sometimes puts regulatory hurdles in the path of multinational companies.

RideFlux investor SoCar, an app-based car rental firm in one of the few countries where Uber has had to give up offering ride-sharing owing to legal restrictions, believes automated driving will be “at the center of our future business”. 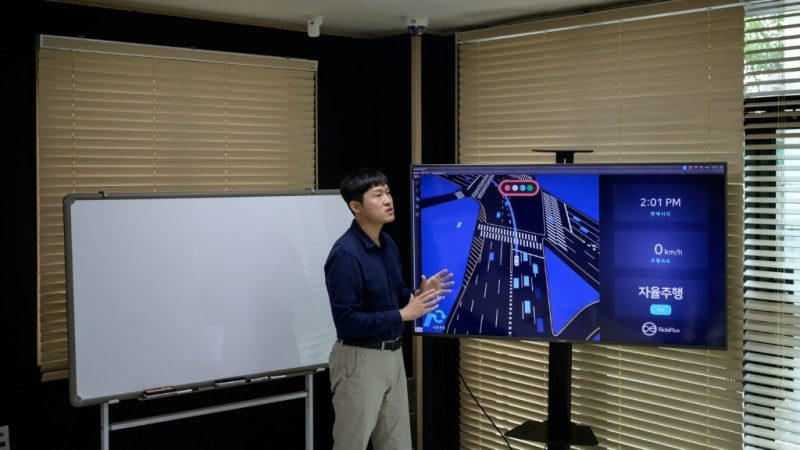 But the newcomers have a mountain to climb. Major automakers, technology tycoons and start-ups have already poured $50 billion into the race to develop autonomous driving technologies over the past five years, according to market observer Research and Markets.

Silicon Valley companies have taken the lead, most notably Waymo, a subsidiary of Alphabet, which has already logged more than 32 million kilometers on public roads across 25 cities in the US.

It has been operating an autonomous rideshare pilot program in Arizona, with some of the cars now operating without a human backup, after nearly three years of tests with 600 vehicles using safety drivers.

Technology has been a key element of the South’s progress to become the world’s 12th-largest economy, with Samsung Electronics rising to become the world’s biggest smartphone and chip maker, and the government in Seoul is looking to encourage autonomous vehicles as a new driver for growth.

It plans to install intelligent transport systems on all its 5,400 kilometers of motorway by 2024 to enable communication between vehicles and infrastructure.

The works have already been completed on 85 kilometers of highway south of Seoul, according to the transport ministry, feeding information on vehicle movements to driver-assistance systems in real time.

The South was the first country to launch a nationwide 5G network, which will facilitate development in future.

But so far the RideFlux vehicles have covered just 10,000 kilometers in six months.

“We need to collect and accumulate as much data as possible,” Park told AFP, adding careless driving causes more than million road deaths a year globally.

“We need to show people accident-free records accumulated over a long period of time.

“It is the only way people will truly feel safe riding a self-driving car,” he added. “Magic doesn’t just happen.”