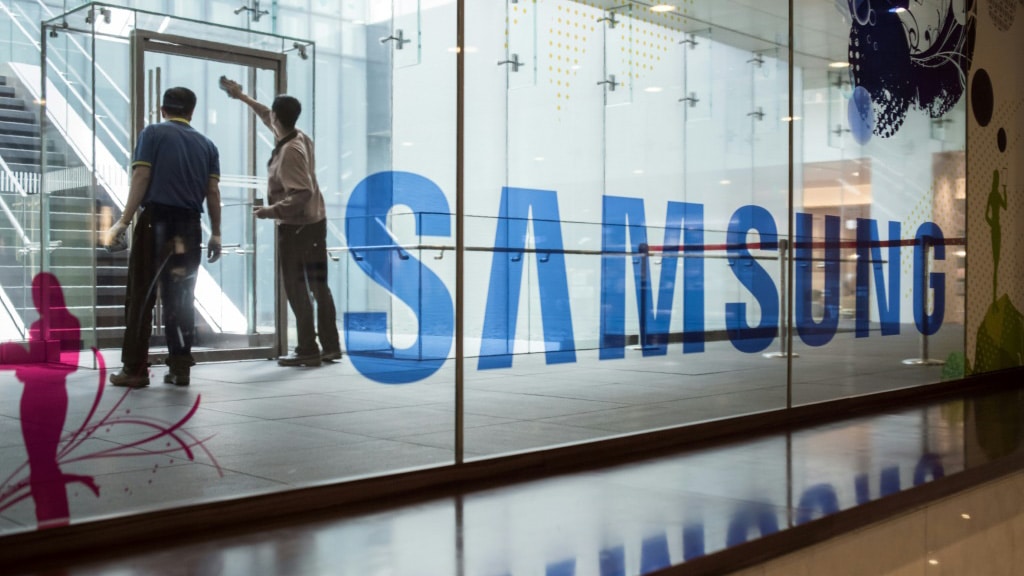 A fired Samsung worker ended an aerial protest that lasted almost a year atop a 82-foot high tower in Seoul, after reaching a settlement with the South Korean conglomerate.

After spending more than two decades demanding Samsung’s apology and reinstatement, he last year climbed up the traffic camera tower in Seoul‘s affluent Gangnam district, near the office building of Samsung Electronics.

He stayed there for 354 days, relying on supporters to bring him bento meals and supplies of clothes and phone batteries, which he hoisted up from the ground by rope.

After reaching an undisclosed settlement with the firm on Thursday, Kim returned to the ground on Friday evening in presence of well-wishers, who gave him a bouquet of flowers as he landed.

Kim told AFP that he lived on top of “such a small space that I could not even stretch my legs.”

“I suffered panic disorder and had to constantly fight the urge to jump off. … I hope Samsung will now really guarantee all union activities of all employees,” he added.

Kim’s decision to end his protest came weeks after Samsung heir Lee Jae-yong, currently on trial over corruption charges, apologized for the firm’s previous “no labor union” policy that lasted for decades until last year.

The firm apologized to Kim in a statement for “failing to promptly solve the issue”.

Kim’s airborne picket was “a superhuman effort”, Vladimir Tikhonov, professor of Korean Studies at the University of Oslo, told AFP.

“Samsung kept him in the air for a year, thus demonstrating to any other would-be labor activists at its factories that, in case they might wish a fight, the fight is going to be cruel.”

Samsung is by far the biggest of the family-controlled conglomerates, or chaebols, that have propelled South Korea’s rise to the world’s 12th largest economy.

The firm’s overall turnover is equivalent to a fifth of the national gross domestic product and it is crucial to South Korea‘s economic health.