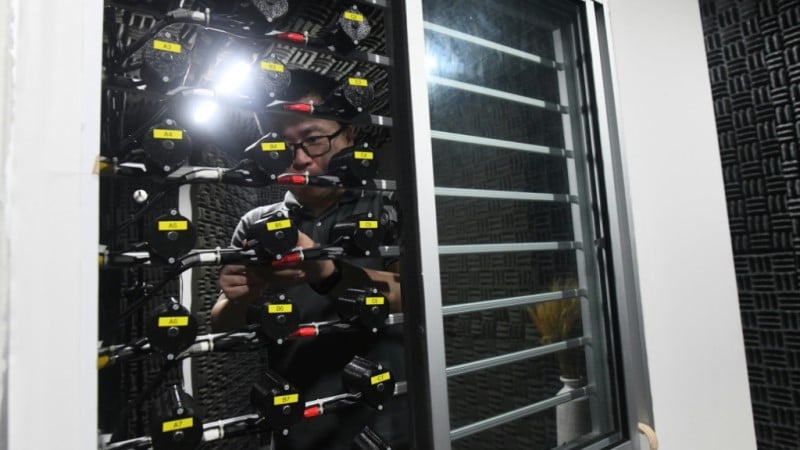 Scientists believe they have found a way for city dwellers to let in fresh air while reducing the urban cacophony — and it is a bit like popping massive, noise-canceling headphones onto your flat

Sick of noise from construction work, speeding trains and car alarms flooding in through the open window of your tiny apartment in a crowded metropolis?

Scientists believe they have found a way for city dwellers to let in fresh air while reducing the urban cacophony — and it is a bit like popping massive, noise-canceling headphones onto your flat.

Under the system devised in Singapore, 24 small speakers are placed on the metal grille of an open window to create what researchers termed an “acoustic shield”.

When noise such as traffic or a subway train is detected, the speakers generate sound waves that cancel out some of the din — much in the same way some high tech headphones work.

It is like “using noise to fight noise,” said Gan Woon-Seng, who leads the research team from Nanyang Technological University in the space-starved city-state, where many complain of noise flooding into apartments.

While blocking the racket from outside, it also “lets in the natural ventilation and lighting through the windows,” he told AFP, at a lab where a prototype of the device had been set up.

The system can reduce incoming sound by 10 decibels, and works best on noises like trains or building work — but it won’t block unpredictable, high frequency sounds such as dogs barking.

Gan hopes allowing people to keep windows open for natural ventilation will reduce the use of energy-hungry air conditioners, and might improve people’s health by cutting noise, which causes problems such as disturbed sleep.

Some might balk at the idea of placing 24 tiny speakers on one of their grilles, although the researchers are working on a version of the system that obstructs windows less.

They hope to eventually sell the device to those who want to install it in residential buildings.