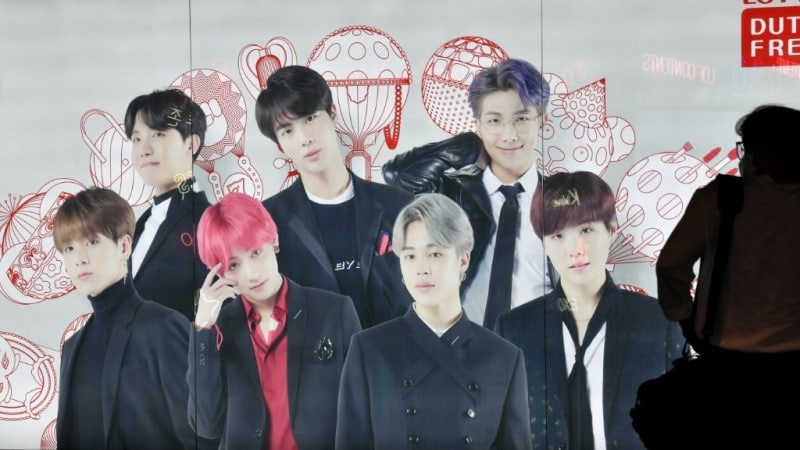 BTS have risen to global stardom in recent years

The initial public offering of shares in Big Hit Entertainment saw staggering demand, with the public section oversubscribed more than 600 times and applicants receiving only a tiny fraction of their requests.

The firm’s centrepiece asset BTS have risen to global stardom in recent years, cementing their prominence in the US, the world’s biggest music market, in August with their all-English track “Dynamite” topping the Billboard Hot 100. 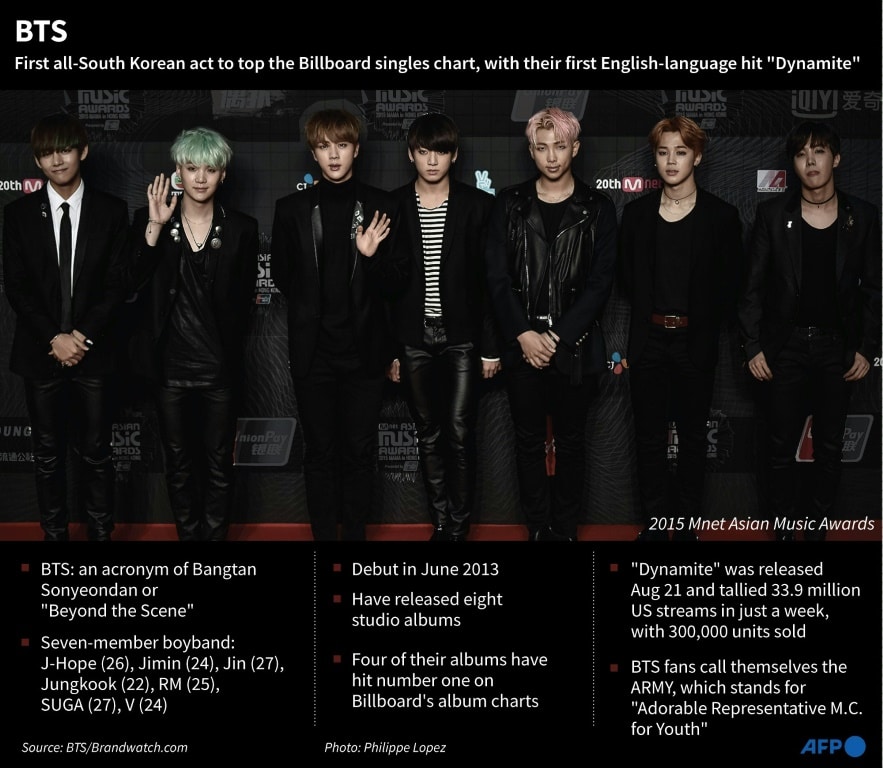 It later fell back to close at 258,000 won but Big Hit still had a market capitalization of 8.7 trillion won — $7.6 billion — putting it among South Korea’s top 40 most valuable companies, just behind cosmetics-maker Amore Pacific and Hana Financial Group.

Big Hit founder and CEO Bang Si-hyuk — who retains a 36 percent stake in the firm — was worth $3.8 billion at the peak, according to Bloomberg News.

At a listing ceremony, he thanked “all the fans who have always loved and believed in Big Hit’s artists and content” and “our remarkable artists of whom we’re so proud”.

The flotation also boosted the BTS members’ own wealth — Bang gave each of them more than 68,000 shares in August, worth around $20 million at the day’s high and totaling 1.4 percent of the company.

Analysts had expected the shares to power upwards.

“Considering all the information about the firm now available, the IPO price could be the lowest price we will ever see,” Park Sung-ho of Yuanta Securities told AFP.

Some investors cashed in straight away. “I received two shares and just sold them. With 260,000 won in profit, I will just buy a winter coat,” said one poster on the South’s biggest internet portal Naver.

Others warned it would continue to decline after the initial euphoria, with one comment reading: “The entertainment industry is such a fast-changing sector and a management agency entirely dependent on only one group is not that attractive businesswise.”

There is one inescapable hurdle looming for the newly listed agency: mandatory military service for all seven boy band members, who made their debut in 2013.

South Korea requires all able-bodied men to serve in uniform to defend it against security threats from the nuclear-armed North, usually for 18 months.

Under the existing conscription laws, BTS member Jin — real name Kim Seok-jin — aged 27, will have to report for duty by the end of 2021.

The other six members, born between 1993 and 1997, will have to follow in the coming years.

South Korea is currently debating exemptions for stars such as BTS, who have been at the forefront of the Korean Wave cultural phenomenon in recent years and are estimated to generate billions for the country’s economy.

Such dispensations are available for Olympic medallists and award-winning classical musicians, but not for pop stars, with authorities so far only considering a two-year deferral.

Nearly 60 percent of South Koreans would support such a postponement, a survey showed Thursday, which would give BTS members only a temporary respite.

If they are forced to leave the stage it could blow a hole in Big Hit’s finances: BTS were responsible for 97 percent of its revenues last year, according to the IPO prospectus.

Big Hit acknowledged their anticipated absence as a “risk factor”.

It is looking to expand activities such as “contents licensing sales” that do not require the artists’ “direct participation” to try to cushion the blow.

But it acknowledged their time off-camera “could have a negative impact on the company’s profitability and growth”.