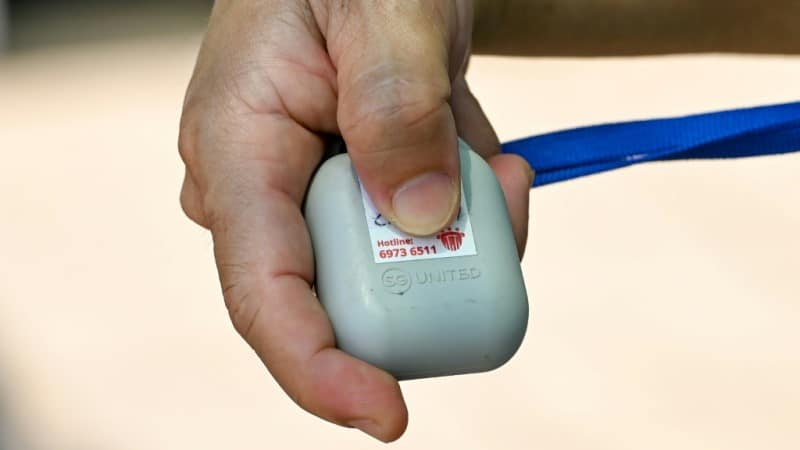 Singapore has admitted data collected for contact-tracing can be accessed by police despite earlier assurances it would only be used to fight the coronavirus, sparking privacy concerns Tuesday about the scheme.

The city-state has a program called “TraceTogether” for tracking close contacts of Covid-19 patients, that works via both a phone app and a dongle.

Take-up was initially slow due to privacy worries but rose to almost 80 percent of residents after government assurances and a decision to make its use mandatory for accessing some public places like malls.

However, a senior official admitted in parliament that police could “obtain any data” — including information gathered through the contact-tracing program — in the course of a criminal investigation.

Foreign Minister Vivian Balakrishan said later that, to his knowledge, police had so far only accessed contact-tracing data on one occasion, during a murder probe.

Human Rights Watch accused the government, which is regularly criticised for curtailing civil liberties, of “undermining the right to privacy”.

The admission “exposes how the government has been covertly exploiting the pandemic to deepen its surveillance and control over the population,” Phil Robertson, the group’s Asia deputy director, told AFP.

Singaporean freelance journalist and activist Kirsten Han said she was disappointed but not surprised.

“Looking at the government’s record, I felt that it would be quite predictable that if they can do it, they will,” said Han.

“It’s unfair and shows how little protection we have for our privacy against the government.”

Speaking in parliament Tuesday, Balakrishan said the government was just being open when it made the admission.

“We want to be completely above board and transparent,” he said.

But there was much anger online, with some Singaporeans saying they felt betrayed. Singapore has only suffered a mild outbreak, with about 58,000 cases and 29 deaths.

Many countries have rolled out contact-tracing programs that work via a smartphone app, but take-up has been low in some due to privacy concerns.