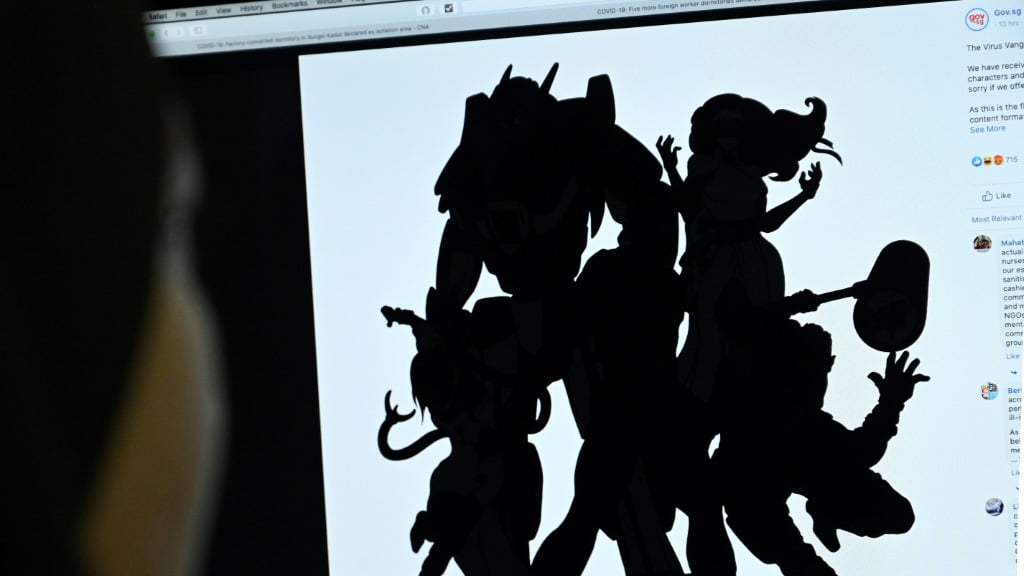 A band of Singapore superheroes created to help in the coronavirus fight has been shelved after internet users criticized the campaign for being too light-hearted and for mocking Liverpool football club.

The initiative devised by the government and local artists was aimed at encouraging people to follow rules to combat a worsening virus outbreak, but social media quickly lit up with mockery and anger.

Late Monday, the government announced on its Facebook page the campaign was under review, while a picture of the characters disappeared and was replaced by their silhouettes.

“We have received quite a lot of feedback on the characters and we will be reviewing them. We are sorry if we offended anyone,” the post said.

The band first appeared Monday, the same day Singapore reported a record jump in virus cases that took its total to over 8,000.

Fake News Buster, who according to local news website CNA “wields the Mallet of Truth” in his battle against fake news, came in for special mockery.

But there was particular anger at MAWA Man, who was described in local media as a fanatical Manchester United fan who enforced social distancing using special powers to repel objects and people.

Supporters of rival club Liverpool in Singapore — where Premier League football is hugely popular — set up an online petition calling for MAWA Man to be removed from the campaign, which garnered hundreds of signatures.

Mas Shafreen, the artist who created the characters, apologized on Facebook if the characters appeared “insensitive” — and admitted he was a Manchester fan.

“MAWA Man was more about how we should practice safe distancing but the aim is that he will realize that it takes all of us, regardless of which team we support, to pull through this together,” he said.