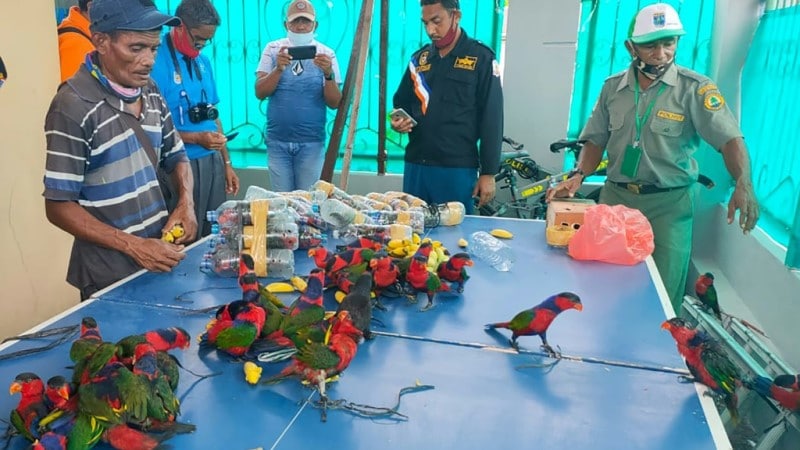 Dozens of parrots stuffed into plastic water bottles have been discovered on a ship docked in Indonesia’s Papua region, authorities said Friday.

Police in the town of Fakfak said the vessel’s crew reported hearing noises coming from a large box where 64 live black-capped lories and another 10 dead birds were found Thursday morning.

Black-capped lories are a type of parrot native to New Guinea and nearby smaller islands.

“The ship’s crew told us that they suspected there were animals inside the box as they heard strange noises,” said local police spokesman Dodik Junaidi. 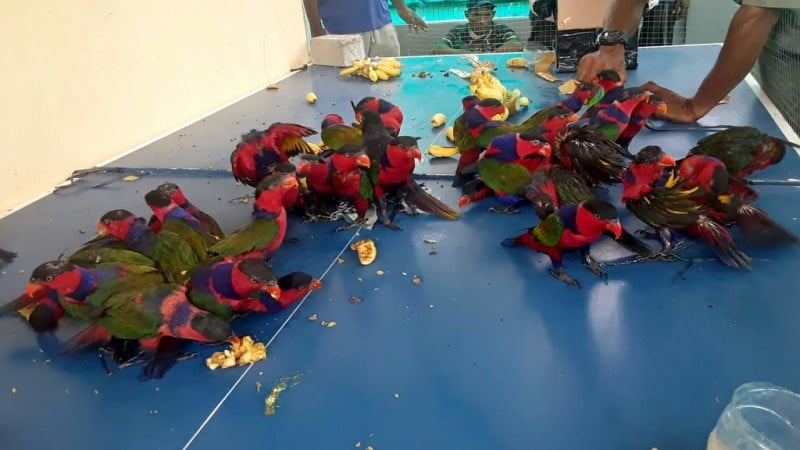 No arrests had been made so far and the birds’ intended destination was unclear, he added.

The vast jungles of Indonesia are home to more than 130 threatened bird species, according to wildlife trade watchdog TRAFFIC, more than any other country except Brazil.

But there is also large-scale illegal trading of birds, which sees them sold in giant avian markets in Indonesia’s major cities, or smuggled abroad.

Exotic birds are usually poached and trafficked by smuggling gangs for sale as pets and status symbols.

Certain species of bird, such as the Australian palm cockatoo, can sell for as much as $30,000 on the black market.

In 2017, Indonesian authorities found some 125 exotic birds stuffed inside drain pipes during a wildlife smuggling raid.