South Korea to Pay 13.9% More for US Troop Presence 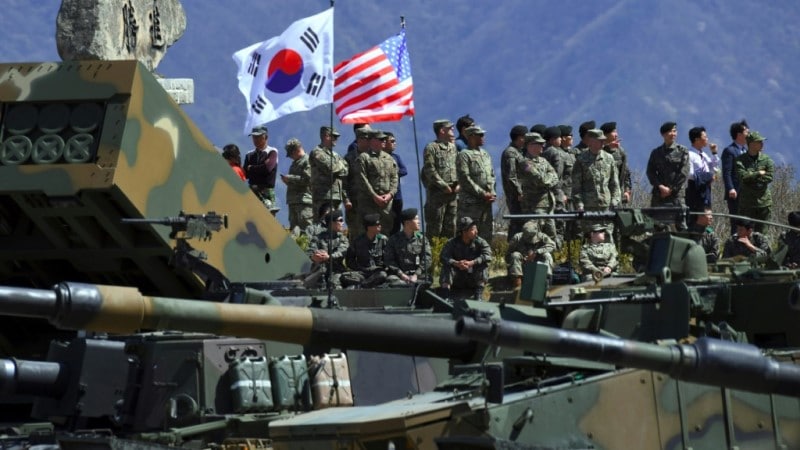 South Korea has agreed to pay Washington $1.03 billion for the US military presence on the peninsula this year

South Korea has agreed to pay 13.9 percent more towards the cost of the US troop presence on the peninsula, its foreign ministry said Wednesday, in a six-year deal resolving an issue that festered under the Trump administration.

The financial dispute had bedevilled the two allies’ security alliance after former president Donald Trump — who had a transactional approach to foreign policy — repeatedly accused South Korea of freeloading.

Washington stations around 28,500 troops in South Korea to defend it from the nuclear-armed North Korea, which invaded the South in 1950, and protect US interests in northeast Asia.

Under the new deal, Seoul has agreed to pay 1.18 trillion won ($1.03 billion) for 2021, with annual increases thereafter linked to its defence budget.

The sum represents a 13.9 percent increase on the roughly $920 million Seoul was paying under the previous agreement, which expired in 2019 — but is a far cry from the Trump administration’s initial demand of $5 billion a year.

The new pact “again reaffirmed the need for a stable presence of US troops in Korea,” Seoul’s foreign ministry said in a statement, adding it resolved a vacuum that had lasted for about 15 months.

Both governments announced earlier this week that they had reached an agreement in principle, but the amounts involved were only confirmed on Wednesday.

The new deal must still be approved by the South Korean legislature.

The agreement came as Seoul and Washington kicked off their annual military training on Monday, which has been scaled down from the usual level due to the pandemic, with no large-scale physical troop involvement.

The nine-day exercise is still likely to infuriate North Korea, which has long considered such drills rehearsals for invasion.

North Korea has put itself under strict self-imposed isolation to try to protect itself against the pandemic, adding to the pressure on its moribund economy.

Analysts will be watching to see whether Pyongyang will use the military drills to launch provocations against Washington as it seeks to test the new Biden administration.