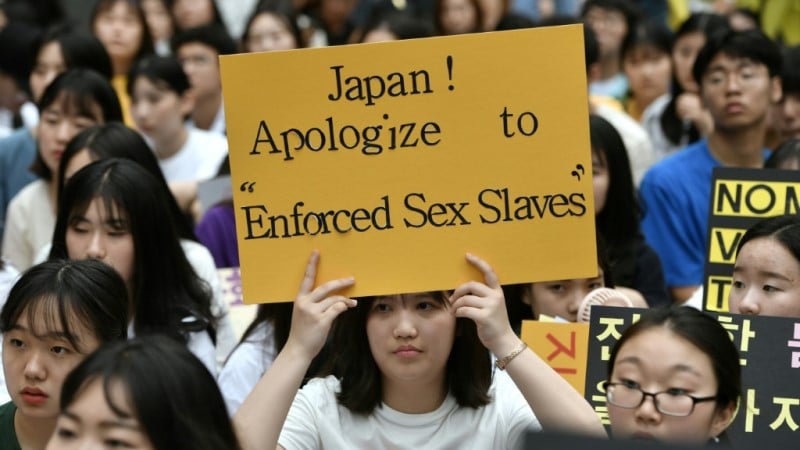 The plight of South Korea’s comfort women has been a thorny issue between Seoul and Tokyo for decades, with Korean campaigners pushing for Japan to apologize

Youn Mee-hyang spent more than 100 million won ($85,000) intended for so-called “comfort women” — a euphemism for women abused by Japan during WWII — “for personal use without expenditure statements,” prosecutors said.

The misuse happened over a period of nine years, they said, but did not elaborate further.

Media reports have alleged Youn embezzled funds to buy apartments and to pay for her daughters’ tuition in the United States.

The scandal first emerged in May when Lee Yong-soo, a prominent 91-year-old survivor, accused the group and its former leader of exploiting comfort women to collect government funds and public donations.

A thorny issue between Seoul and Tokyo for decades, the activist group has campaigned for compensation and an apology from Japan.

But Lee said little money had been spent on their cause, raising questions about whether the organization had focused more on enriching itself rather than helping the ageing victims — and prompting prosecutors to investigate.

Youn was also charged with faking documents to secure the group more than 360 million won in government funds which it was not entitled.

Prosecutors also accused her of dereliction of duty, saying she had damaged the organization by purchasing a shelter home outside Seoul above market price.

Youn denied all the charges, stating all donations were used in the public interest and that she “never used them for personal gain”.

Tokyo says it has repeatedly apologized and maintains that all historical compensation issues between the two nations were settled under the 1965 treaty that re-established diplomatic relations between them.