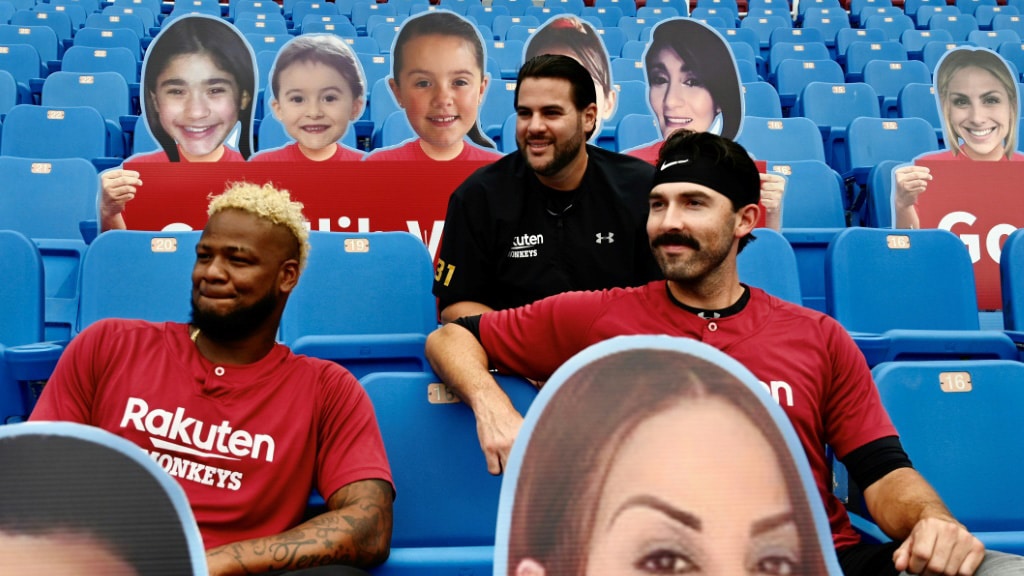 Foreign fans starved of baseball are tuning in to Taiwan’s often-overlooked league as the island basks in the glow of being one of the few places in the world hosting live sports.

The coronavirus pandemic has devastated the global sporting calendar but Taiwan has largely halted local transmissions and its Chinese Professional Baseball League (CPBL) has kept on batting.

All of the league’s four teams have begun streaming games with English commentary, racking up millions of views for games featuring cardboard cut-outs of fans and robots beating drums. 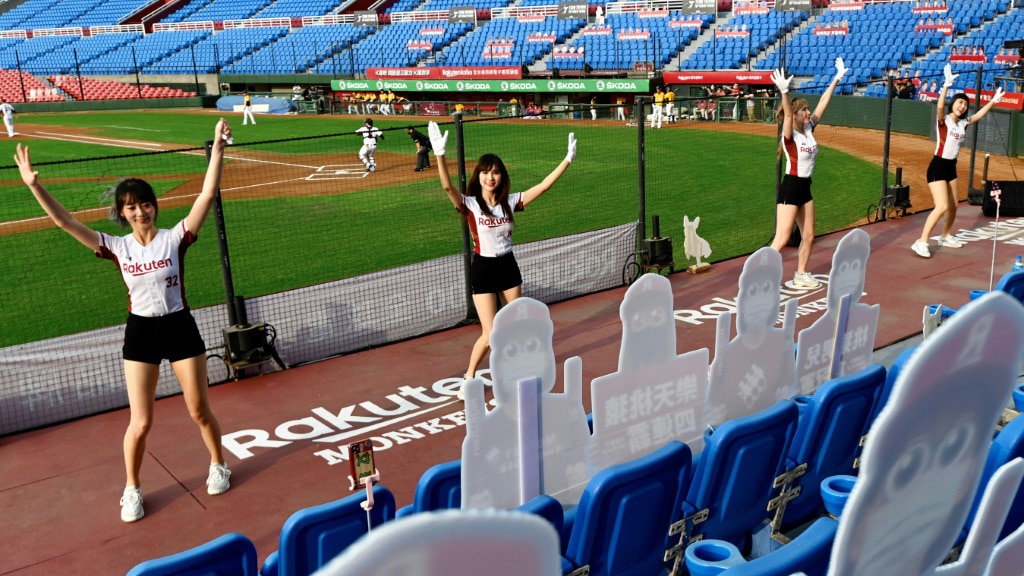 Cheerleaders are performing in front of cutouts of fans

“A lot of people back home in the US are dying to get sports back, they are really just trying to find something to watch,” Ryan Carpenter, an American born pitcher for Rakuten Monkeys, told AFP.

Rakuten Monkeys, owned by the Japanese e-commerce giant, was the first team to broadcast in English with nearly five million views for its first five games of this season.

The debut English broadcast for Chinatrust Brothers via Twitter on Tuesday also attracted more than one million views.

Analysts say much of the interest is coming from the United States where Major League Baseball remains shuttered.

“This is the biggest secret little league that no one knows about,” Rob Liu, who runs the English-language CPBL Stats blog, told AFP, adding traffic to his site has increased tenfold, mainly from the US and Canada.

“We would have never thought about counting the CPBL,” added Brandon DuBreuil from Covers.com, a North American sports betting information company. “People are betting on it.” 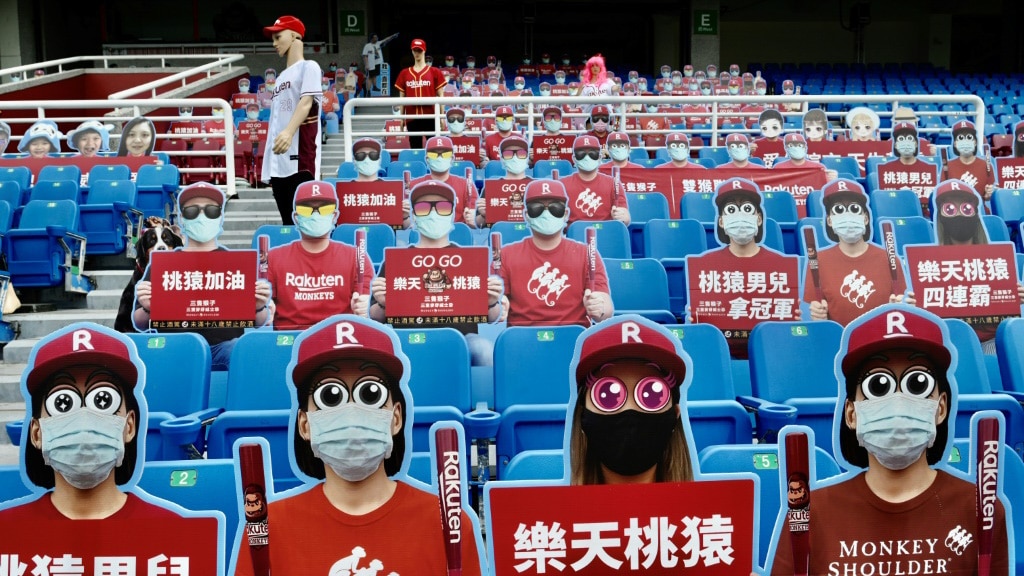 Baseball was introduced to Taiwan by Japanese colonialists

Introduced a century ago by Japan when Taiwan was a colony, baseball is easily the island’s most popular sport with notoriously raucous and excitable fans.

The league has been peppered with betting scandals — most recently in 2009, after which attendance plunged.

But crowd size and enthusiasm has bounced back, especially after former MLB star slugger Manny Ramirez briefly joined the league in 2013 and reignited a frenzy of interest.

Those tuning in from abroad will see “an offensive style of baseball”, according to DuBreuil, who lived in Taiwan for 11 years.

“There are some really great hitters and the runs are through the roof. There are home runs everywhere,” he said.

Alongside Taiwan, South Korea is the only professional league now running.

This season the usually packed stands in Taiwan have been devoid of fans as part of anti-virus measures — although from Friday, a maximum of 1,000 spectators will be allowed in with social distancing measures in place.

Thanks to effective tracing, quarantine and testing, Taiwan has reported just 439 confirmed cases and six deaths despite its close proximity to China.

A troupe of robots banged drums while the team’s cheerleaders broadcast their dance routines to fans on mobile phones. One dancer even live-streamed herself eating barbecued food. 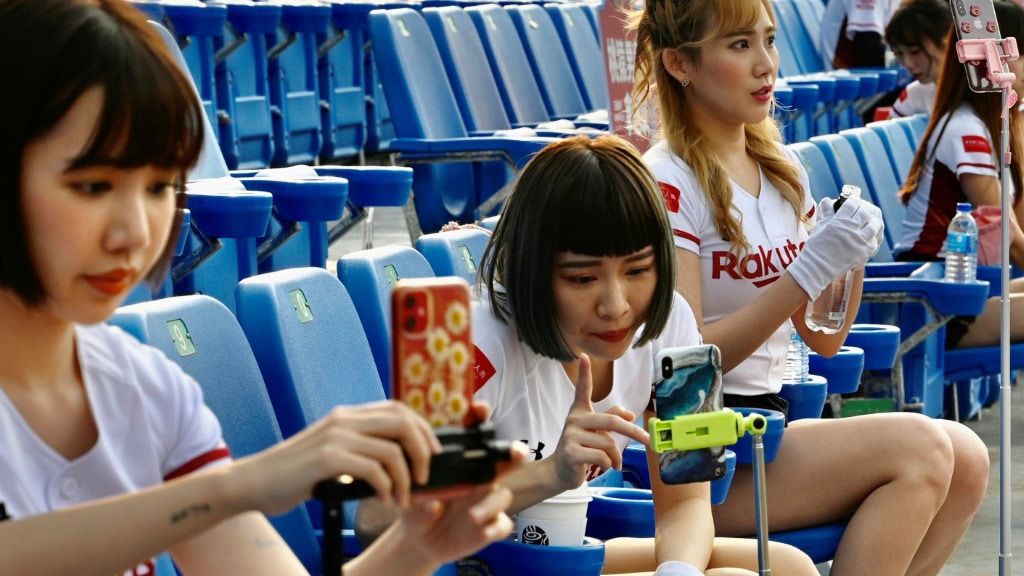 Cheerleaders are using their phones to interact with fans

Rakuten pitcher Carpenter, who previously played for the Detroit Tigers, said he felt blessed to be playing his first season with Rakuten Monkeys when so many others remain under lockdown.

“It’s great to come out here and step on the baseball field every day,” he said.

Wang and his broadcast partner Wayne McNeill, a Canadian, have discussed Taiwanese culture during games and showcased popular local food, from bubble tea to hotpot.

“I hope that after they watch our games, they will know more things, little by little, about Taiwan,” Wang said, adding he hoped baseball fans would come visit once global travel resumes.

“All the feedback we’ve gotten — we’ve talked about the food, the people, the way we’ve treated COVID-19 and the way we’ve contained it — it’s just been amazing exposure for Taiwan,” said McNeill.

by Amber Wang with Rob Woollard
PICTURES BY SAM YEH/afp