Taiwan became the first place in the region to allow same-sex marriage, in May 2019

Two Taiwanese soldiers and their civilian same-sex partners will tie the knot at a mass wedding hosted by the military on Friday in another gay rights landmark in Asia.

Taiwan is at the vanguard of the burgeoning gay rights movement in Asia and became the first place in the region to allow same-sex marriage in May 2019 after a bruising political fight.

The armed forces regularly put on mass weddings for staff, and the ceremony to be held on Friday will see two same sex-couples taking part — a first for the military.

“Our country … has become the first in Asia to legalise same-sex marriage and the ministry gives its blessings to same-sex servicemen who are getting married,” it said in a statement. 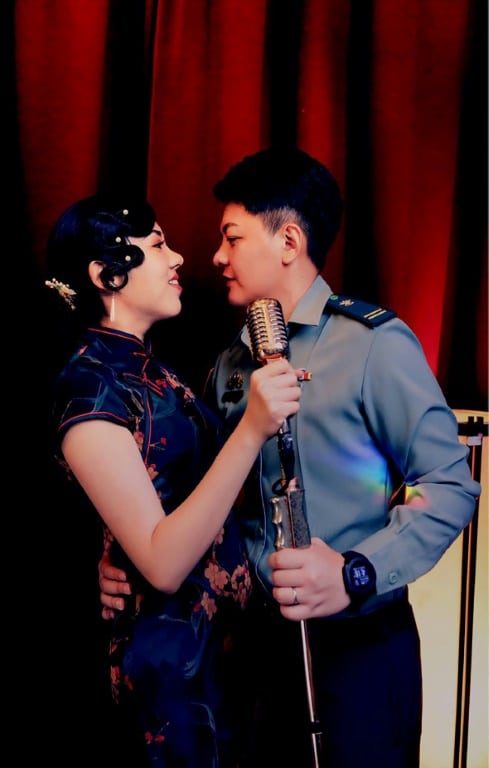 Photos of the two couples were posted on the army’s Facebook page.

They both showed soldiers in uniforms with their partners donning traditional Qipao dresses that Taiwanese brides often wear for weddings.

The post quickly went viral with over 25,000 “likes” under one of the photos and congratulatory messages pouring in.

“It’s great the Army can post this photo,” read one message.

“Congratulations, so happy to see Taiwan’s progress!” echoed another. 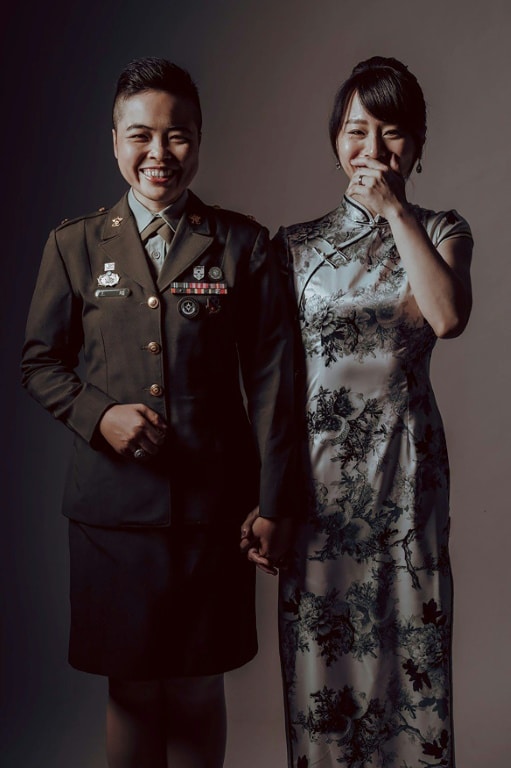 Three same-sex couples were planning to join a mass wedding ceremony hosted by the Navy and the Air Force last year, but they pulled out following huge media interest.

Taiwan was once an authoritarian region ruled by Generalissimo Chiang Kai-shek, but in recent decades it has emerged as one of Asia’s most vibrant liberal democracies.

In the last ten years, it has become increasingly progressive on gay rights with Taipei hosting by far Asia’s largest annual pride parade.

Last year, Taiwan made history with the region’s first legal gay weddings after parliament passed a same-sex marriage law with couples tying the knot in jubilant scenes broadcast around the world.

Around 4,000 couples have registered their marriages since the law took effect.

But the issue has caused deep divisions on the island, especially among conservative groups and older generations.

Same-sex couples can only wed foreigners from countries where gay marriage is also recognised, and they can only adopt their partners’ biological children.