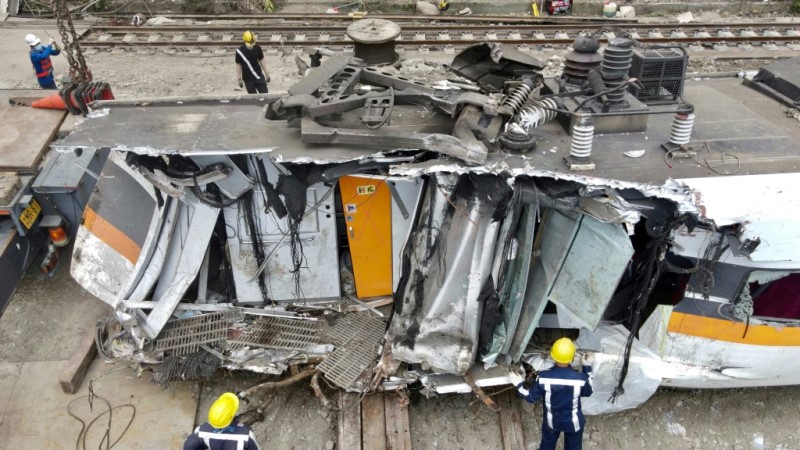 The truck that caused Taiwan’s worst train crash in decades was on the line for just over a minute before it was struck, officials said Tuesday, as salvage teams worked to remove the most damaged carriages.

At least 50 people were killed and more than 210 were injured in Friday’s crash, which sent a packed eight-car train hurtling into the sides of a narrow tunnel near the eastern coastal city of Hualien.

Investigators say the Taroko Express hit a railway maintenance truck on the line in a “head on collision” moments before it entered the tunnel.

The vehicle slipped down a steep embankment, and prosecutors are working to determine whether the driver failed to secure the parking brake or if the truck suffered a mechanical failure. 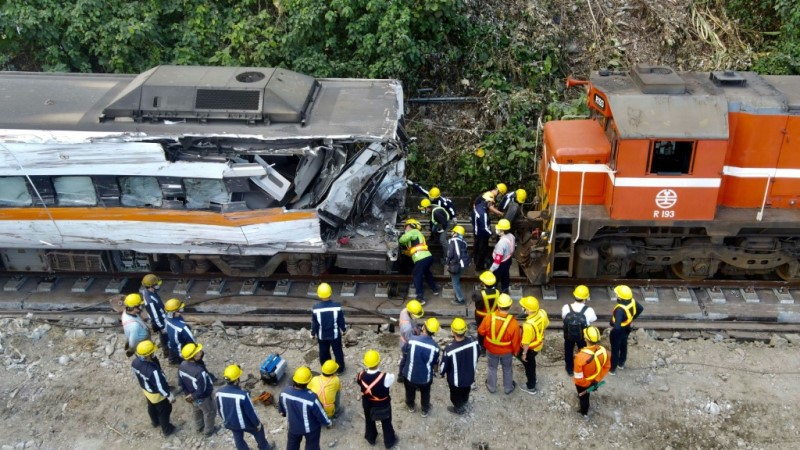 Investigators gave an update on Tuesday which revealed how close the victims were to avoiding disaster.

“There was a little over one minute between when the truck slid to the track and the Taroko Express hit it, according to our initial estimate,” said Taiwan Transportation Safety Board chairman Hong Young.

Young told reporters that even though the train driver had applied the brake, the speed of the train — it was traveling at some 120 kilometers (74 miles) per hour — could not be reduced within a few seconds to avoid the collision.

He said it was clear from the train’s recording devices that the driver, who died in the train crash, had taken the “necessary steps” and “he tried his best in the hope of avoiding a disaster”.

Dashcam footage showed the truck suddenly appearing around the corner of a bend, and the train smashing into it and then hitting the side of the tunnel.

Officials said the train would have required a distance of 600 meters (almost 2000 feet), or 16.6 seconds, to fully stop — but when the truck came into view there was only around 250 meters, or 6.9 seconds, in which to act.

Friday’s crash took place at the start of Tomb Sweeping Festival, a four-day public holiday when many Taiwanese return to villages to tidy the graves of their ancestors.

Lee Yi-hsiang, the 49-year-old truck driver, was remanded into custody over the weekend, shortly after giving a tearful apology to the media. 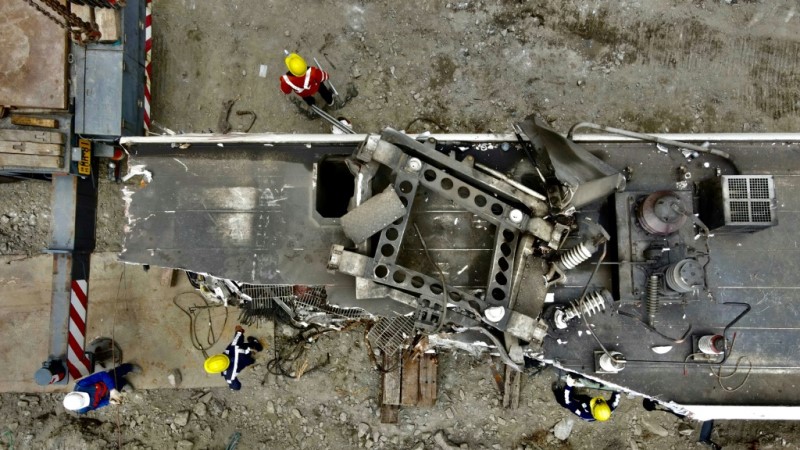 Investigators said the driver of the train, who died in the crash, had done everything he could to avoid the collision

Lee was part of a contracted railway maintenance team who regularly inspect Taiwan’s mountainous eastern train line for landslides and other risks.

Teams at the crash site on Tuesday managed to remove some of the more damaged cars that have been lodged in the tunnel since the crash.

Two carriages were pulled free with angry scars of twisted metal down their sides.

The pulverised front car, where many of the fatalities took place, remains inside the tunnel.