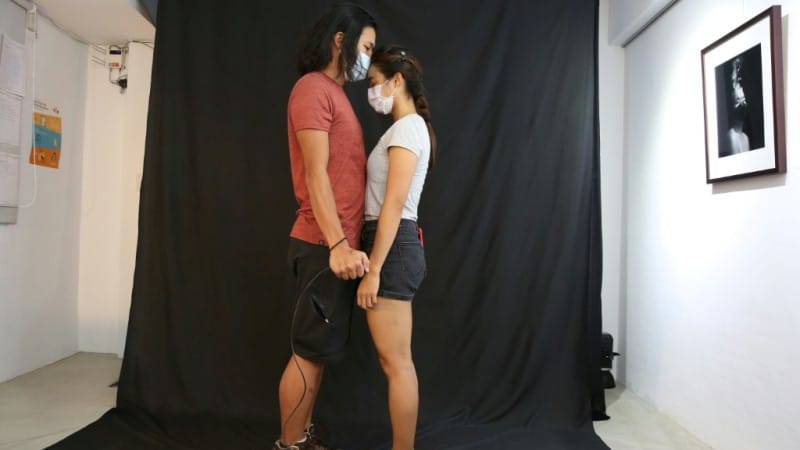 Inside a cramped studio, Jane Chen pulls a mask from her face, breathes in deeply and presses a remote camera shutter for an art project documenting how Taiwan has coped with the coronavirus.

“I want to tell everyone to treasure their every breath of fresh air,” the 23-year-old hospitality student told AFP after the photo shoot.

Taiwan was one of the first places struck by the pandemic when it burst out of central China earlier this year.

The island has been hailed as an example of how to stop the virus in its tracks, with just seven deaths and around 450 cases. 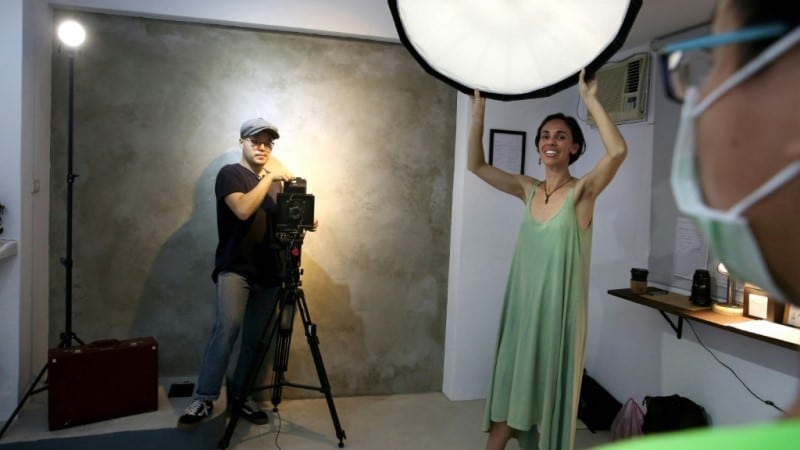 But while it has avoided the lockdowns seen elsewhere, everyday life has been transformed — in particular by the near-universal adoption of face masks.

That was something British documentary photographer Naomi Goddard, who settled in Taiwan a year ago, wanted to explore.

So she invited friends and strangers alike to take portraits of themselves in masks, accompanied by a handwritten note documenting their experiences.

“The virus is obviously going to be an important part of our history, so I felt compelled to document it in some way,” Goddard told AFP at her studio in downtown Taipei.

Pilates instructor Tina Liu, 25, came to the studio alongside her boyfriend Hugo Lin. The pair faced each other and embraced as the flash flared.

The first month of the outbreak felt like an apocalypse, Liu said, recalling the panic-buying and anxious queues for face masks.

“Taiwan is doing better than most now, but it seems like the end of the world in some countries,” she added. 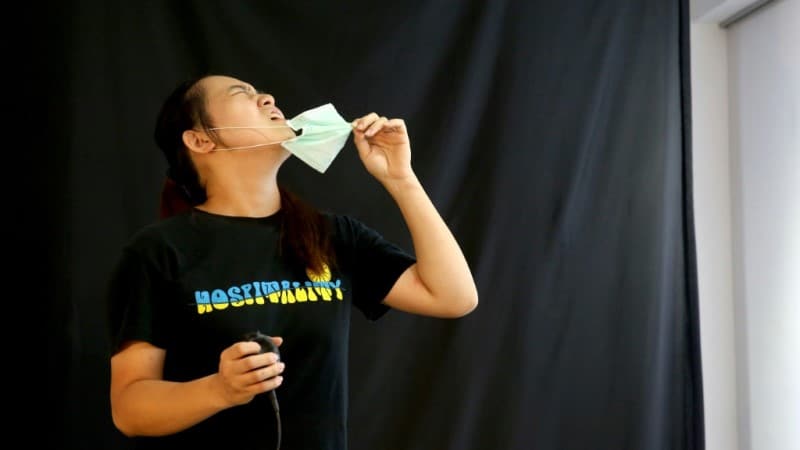 Like millions worldwide, Liu and her boyfriend both lost their jobs during the pandemic.

“Everything all came so suddenly, like the virus, it derailed our lives,” Liu added. “But we strived and our relationship is actually better.”

Notes left by other subjects reveal how the virus has upended lives, even in a place left relatively unscathed by the pandemic.

Megan, a tattooed hairdresser, detailed how she opened a new shop in January only to see business dry up.

“You never know what life would throw at you,” she wrote. “I still consider myself lucky, at least my shop is open and running.”

Dressed in his uniform, airline pilot Kevin wrote how he now has to spend weeks in quarantine each time he flies to a new country and when he returns home.

“I can’t say that it’s been easy for myself or my family to be apart so much,” he wrote. “But this is our reality now.”

Goddard shot her own portrait for the project, sitting naked on top of a ladder she had used to get her studio up and running, a gas mask over her face.

Her nudity, she said, portrayed the vulnerable feeling the virus had left her with.

She says the pandemic has exposed which countries were ready for the challenge.

“It’s the first time in a very long period where you can kind of compare country by country, side by side, how the governments are operating in basically the exact same situation,” she said.

Her family in Britain were worried when the virus first emerged because of Taiwan’s proximity to China.

Now she feels lucky to be where she is.

“We’re so glad to be here. Our lives, compared to back home, haven’t changed at all.”