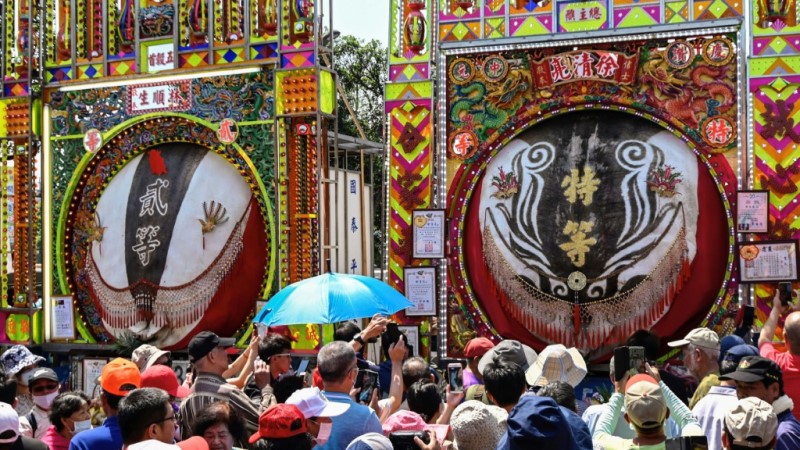 A festival in Taiwan where enormous pigs are slaughtered and displayed is drawing smaller crowds as animal rights activists alter perceptions of the controversial tradition.

The annual ritual is a cultural cornerstone for the island’s Hakka community, who make up about 15 percent of Taiwan’s population.

But it has long been a polarizing custom.

Local Hakka families compete to display the largest pig, with the winner taking home a trophy. 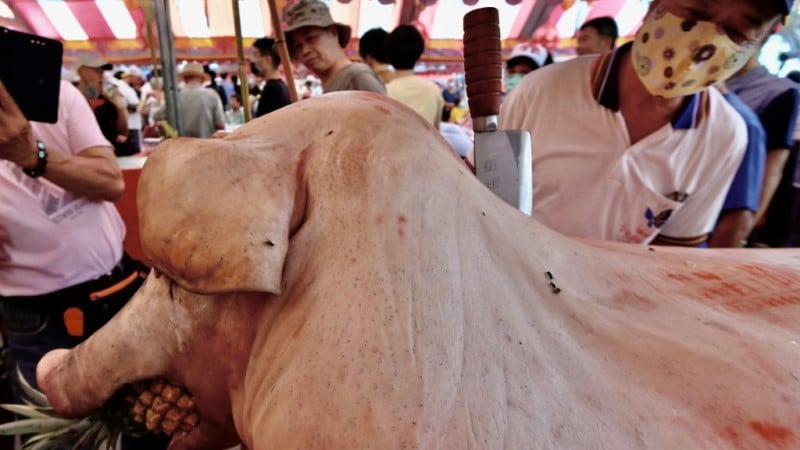 To a fanfare of traditional music played on gongs and horns, 18 slaughtered pigs were wheeled out on trucks Monday into the Hsinpu Yimin Temple in the island’s north.

The carcasses, bristles shaved and pinned with decorations, were displayed upside-down, the heads with pineapples stuffed in their mouths, dwarfed by their bloated torsos.

After the festival, the carcasses are taken home by their owners and the meat distributed to friends, family and neighbors.

The sacrifice fulfilled the wishes of his 86-year-old grandmother.

“As a Hakka, I am proud of this divine pig culture, it’s worth preserving,” he told AFP, describing the concerns of animal rights groups as “nonsense”.

“There’s no cruelty to animals, contrary to the rumors being spread around,” he added.

They say the heaviest pigs are force fed, often in small cages to the point where the morbidly obese animals are unable to get up.

The pigs are so heavy that they can’t even stand,” said Lin Tai-ching, director of the Environment and Animal Society of Taiwan (EAST).

Lin has been documenting the “holy pig” festival for the last 15 years and says attitudes are beginning to change.

Crowds have begun to thin and the number of sacrifices has fallen dramatically.

“Fifteen years ago there were more than 100 swine in the contest, compared to 37 this year,” she told AFP.

The number of animals over 600 kilograms had also plummeted, she added.

Two submissions this year were made up of rice packets displayed in the shape of a pig, a sign that some participating families are rejecting animal sacrifices.

Researchers and locals say that while the festival dates back centuries, the tradition of sacrificing fattened pigs is a more recent phenomenon.

The Hakka are one of the many ethnic groups from mainland China who settled in Taiwan over the last few hundred years.

Each summer the Hsinpu Yimin Temple commemorates a group of Hakka who died defending their villages during a period of political upheaval in the late eighteenth century.

However, it was during Japan’s colonial occupation of Taiwan in the early twentieth century that the sacrificing of fattened pigs became a commonplace part of the celebrations.

The custom then became turbocharged in the 1980s and 1990s with the pigs getting bigger and bigger.

“The Yimin festival is to honour our ancestors who died defending our homeland, a display of loyalty and brotherhood,” said Tseng.

Lin and other animal rights activists say they have no desire to end Hakka cultural customs.

Instead they want to see the festival’s more cruel elements tamed.

“We are not against the sacrifice of pigs,” she said, “but we are against competitions based on an animal’s weight.”