The Bears are Going Ape in Japan 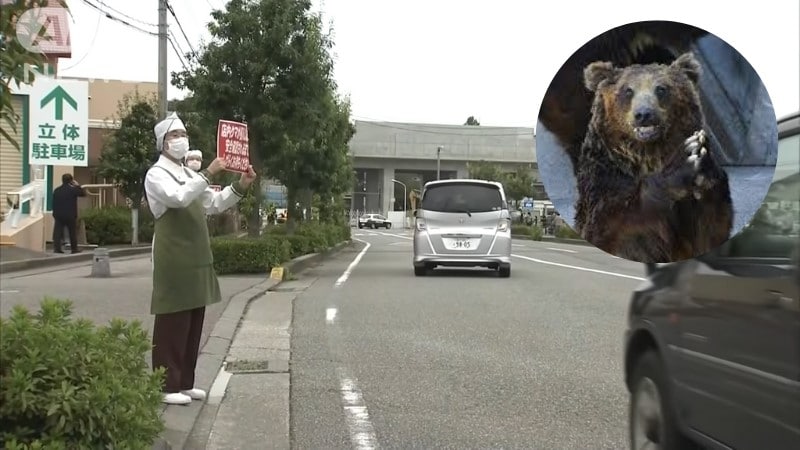 Is this the beginning of the Bear Uprising? An episode this week in which a bear occupied a shopping mall for half a day has brought added attention to a mounting wildlife problem across Japan.

According to local media, on October 18th, an Asian black bear managed to wander its way through a service entrance at the Avio City Shopping Center in Kaga, Ishikawa Prefecture. No customers were in the center around 7:30am when police first discovered the creature.

Fortunately, police safely led all employees who were in the building to safety. Shopping center personnel stood outside with signs warning customers, “A bear has infiltrated the store. Please wait until we can ensure your safety.”

Bear-ing Down for the Long Haul

This grand standoff between Ursus thibetanus and Humankind lasted a full 13 hours. Eventually, a local hunting club was called in to put the creature down. It was 9pm by the time the group hauled the bear’s body out. The incident ended without human injury.

On Twitter, some questioned whether shooting the bear was necessary. Users asked why the hunting club didn’t attempt to tranquilize it first. However, other users pushed back against that critique. Manga artist Nenmatsu Tarou even went as far as to draw a comic explaining the difference between “Tranquilizing As You Imagine It” vs. “Tranquilizing in Real Life” . The comic points out that tranquilizing can only be done at a fairly close range (10-15 meters) by a properly licensed veterinarian. And even in those cases, there’s a risk it won’t work and the bear will injure the shooter.

Why Ishikawa Prefecture is Bear-ly Handling its Bear Problem

It would be one thing if the Bear Takeover were the only bear-related incident in Ishikawa Prefecture. In reality, it’s just the recent in a spate of such encounters – not all of which have been so sanguine.

According to Japanese news station FNN, there have been a total of 462 bear-related incidents and sightings in Ishikawa Prefecture this year. That’s up from the 418 incidents reported during the same time period last year. The most recent incident happened just the day before on October 17th, when three men and women in Kaga were attacked and injured by a bear. Other prefectures in Japan are also reporting an uptick in bear intrusions and violence. Last week, an 80-year-old woman in Akita Prefecture was attacked and killed by one.

First, the paucity of this year’s crop of acorns – a staple food for the bears – has driven them to expand their foraging territory. In Ishikawa Prefecture, bears have been sighted as far north as the Noto peninsula – a rare occurrence.

Second, a bear “baby boom” has led to a dramatic increase in Japan’s bear population. While this year’s acorn crop was scarce, the crop two years earlier was abundant. The now two-year-old bears born from that boom are all grown up – and are constantly hungry.

Third, there’s the coronavirus influence. Because COVID-19 has had most of us stuck in our homes, Professor Aoi says, it’s possible the bears are losing their fear of humans – and venturing into territory they otherwise wouldn’t.

All of these factors help explain why the Avio City bear ended up in the thick of a populated urban area. Unfortunately (for humans), Professor Aoi says, they also mean that the bears are likely to remain all up in people’s grills in Japan for the foreseeable future.